The IEA wants lawmakers to use more of the state's projected $600 million budget surplus to support public schools rather than to provide massive tax relief. 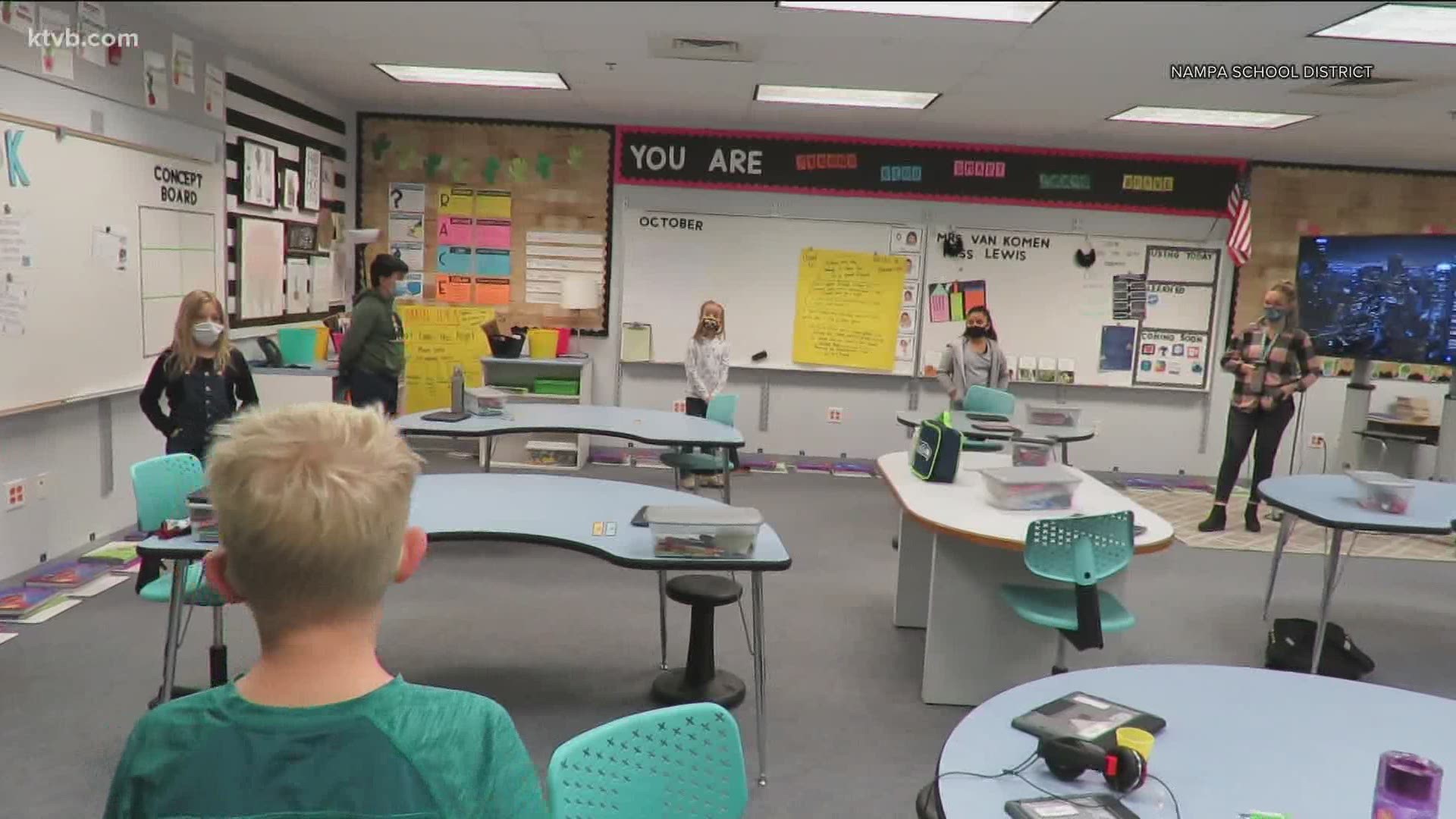 The Idaho Education Association, the teachers union, is pushing for lawmakers to use a large chunk of the state's projected $600 million budget surplus to make a substantial investment in public schools rather than implementing tax cuts.

In terms of investing in education, the governor has also proposed $30 million for literacy, career technical education and other programs, and $250 million to fully fund the Career Ladder program to raise teacher salaries.

The state has also received millions in federal coronavirus relief dollars for schools. But Idaho currently ranks 51st in the country in per-pupil spending, and has a teacher shortage, partly due to neighboring states paying better.

"The thing that we want to point out is that the enrollment growth because of the population boom and the inflation has just kept Idaho increases at a very minimum," McInelly said. "We need to be able to provide support systems for our students across the state. We need to be able to utilize more dollars to hire the personnel that's required.

"Many districts across the state don't have school nurses or school counselors or psychologists, and we know with having been in this global pandemic for a year, when students are coming back into our school systems we're going to need more of those social and emotional support needs such as the counselors and the nurses."

During the taping of this week's Viewpoint State Board of Education President Debbie Critchfield was asked for her take on using the surplus on school funding vs. tax cuts.

"We know, and history has told us, that education can always use more resources, particularly when more districts are calling for local levies and bonds," Critchfield said. "I guess I would first say let's understand what our needs are, what the problems are, what we want to do as far as a framework for addressing them and back that up and figure out what dollars need to be attached to that."

Lawmakers have started working on the education budgets, but have not yet set the budgets for public schools and higher education.

The focus of this week's Viewpoint is on the issues facing Idaho's public schools.

You can watch the full interviews with Layne McInelly and Debbie Critchfield Sunday morning at 6:30 on KTVB.