More than 600 teachers have already called out sick for Monday after the district's board of trustees voted to continue with a plan for in-person learning. 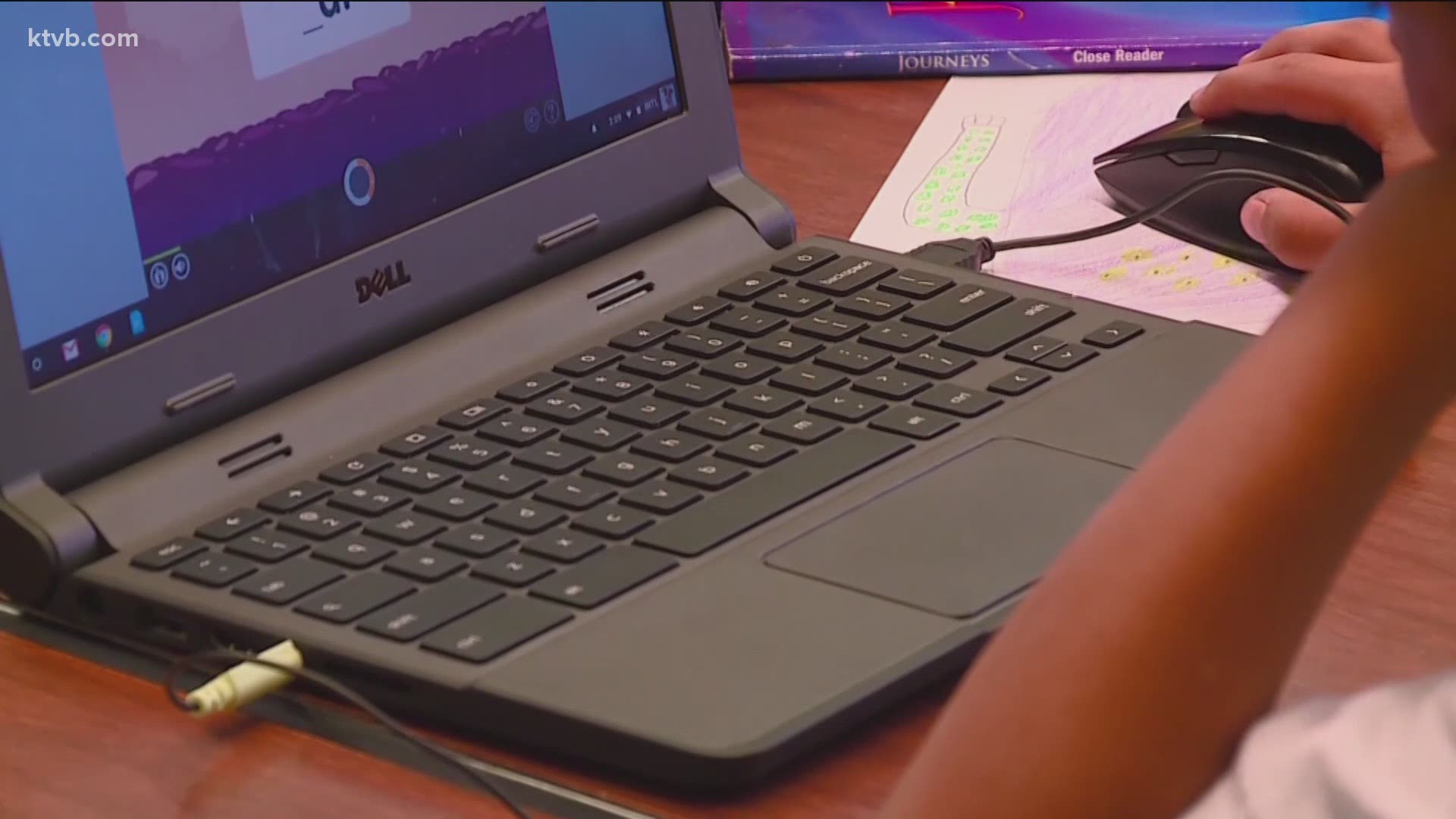 MERIDIAN, Idaho — West Ada School District will not hold classes Monday due to a shortage of substitute teachers. The announcement was made Friday afternoon following 652 teachers calling out.

The district attempted to fill the nearly 500 positions left unfilled due to a mass "sick-out" planned by hundreds of West Ada teachers. District parents offered to substitute for classes, but due to the background and fingerprint check required by Idaho law, the district cannot allow them to do so.

"Principals, administration, teachers and staff worked hard to cover the absences, but unfortunately, we cannot," West Ada superintendent Mary Ann Ranells wrote in an email to parents. "With safety in mind, and due to supervision concerns, we are regretfully unable to hold school Monday. We will reassess the situation on Monday and give parents, guardians and staff an update."

The district's board of trustees on Thursday approved a plan that would allow kindergarten through 12th-grade students to start an alternating-day schedule on Monday, October 19.

The decision came just days after Central District Health moved the district back into the red category, meaning there is significant community spread of COVID-19 within the community.

The West Ada Education Association, the district's teachers union, held an emergency meeting Wednesday night in preparation for the board's decision. The result of that meeting was a plan for teachers to call in sick on Monday if the board did not vote to move to remote learning.

The board's vote on Thursday afternoon wasn’t enough to cancel the scheduled sick-out.

“It doesn't do anything to offset the safety concerns that teachers have within our buildings," said Eric Thies, president of West Ada Education Association. "We've tried to collaborate with everyone we can in order to improve the situation for teachers. Primarily that is safety, and this motion didn't follow CDH guidelines, it didn't follow CDC or the WHO or federal guidelines of any sort that I can find."

RELATED: West Ada School Board votes in favor of an alternating school schedule while in red category

Thies told KTVB Thursday night that the motion was not what teachers were looking for and that teachers aren’t happy with the board's lack of cooperation and lack of support.

More than 700 teachers have already called out sick for Monday, according to the district. That number is expected to grow.

“Teachers in West Ada have pushed to have a sick-out and, to be honest, many teachers wanted to do it sooner than Monday," Thies said. "We’ve agreed to do it Monday because that's when we should be returning to remote according to our plan."

Michelle Srholec, a second-grade teacher at Pepper Ridge Elementary School, said it’s not just her health she's worried about, it’s the health and safety of the students and other teachers that surround her.

“In our hallway, there are one, two, three, four, five, six, seven, eight of us in our hallways that have some kind of medical condition, or they have someone who they are caring for at home who cannot be exposed to this,” she said. 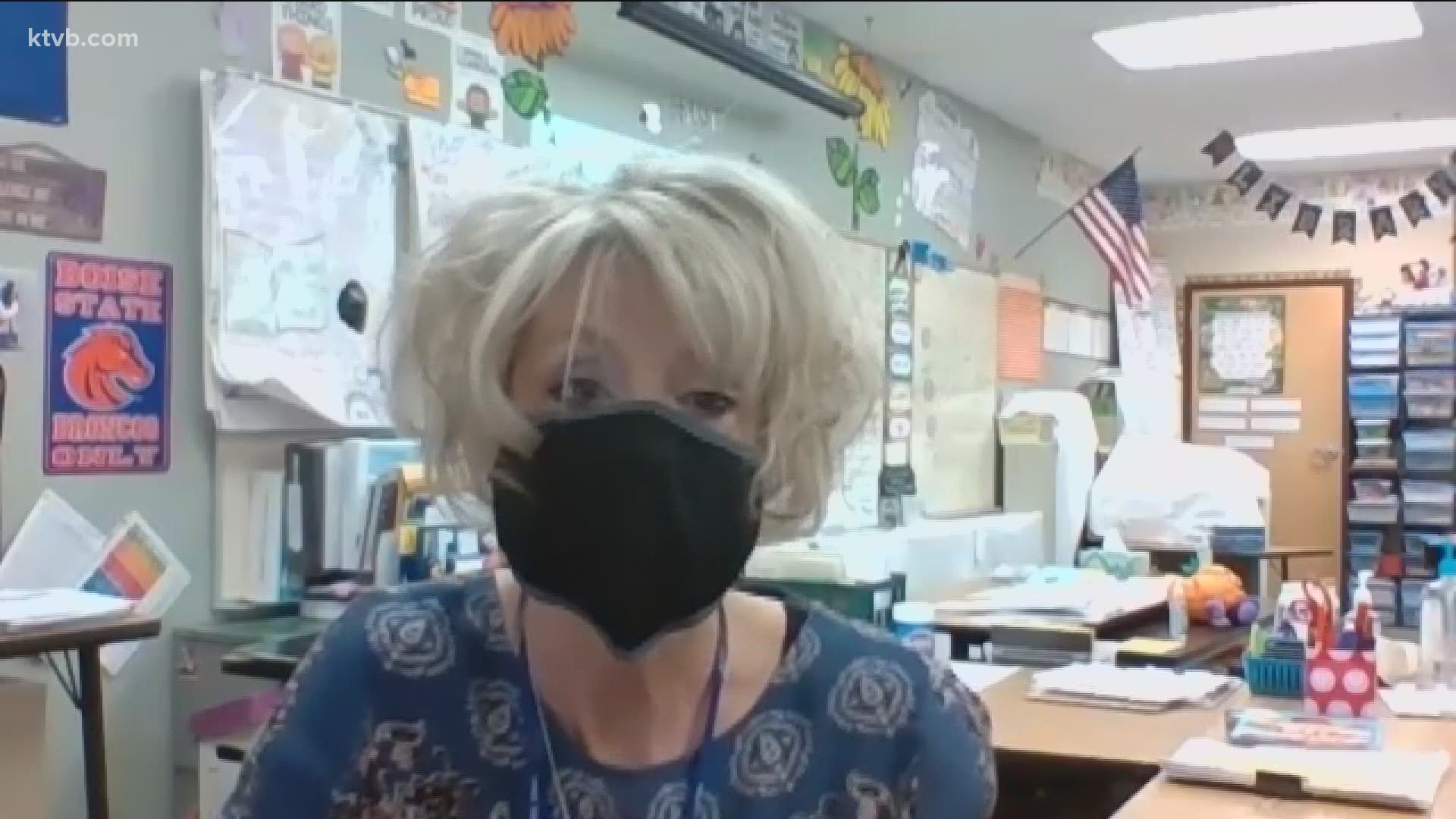 Srholec is participating in Monday’s sick-out because, she said, it’s the only way her voice will be heard.

The sick-out is only planned for Monday, but Thies said unless the board decides to make changes to their plan, the sickout will surely last more than one day.

“I hope we find a solution," he said. "Right now teachers are feeling unappreciated, unsupported, unsafe, unvalued, to the point where they are not willing to subject themselves to that anymore."

The West Ada School District said once they assess how widespread the sick-out will be, they plan to come up with a plan for students, teachers, and staff.

Assistant Superintendent Brett Heller said during Thursday's meeting that, of the planned absences, 550 were still not yet covered by substitutes.

"What we had as far as how many absences are already in the books for Monday and it's significant that it's to the point where it's more than we're going to be able to cover, as of right now," said assistant superintendent Brett Heller.