Gov. Little wants to boost starting teacher salaries in Idaho to $40,000 a year

Little made the remarks during his State of the State address to lawmakers Monday. 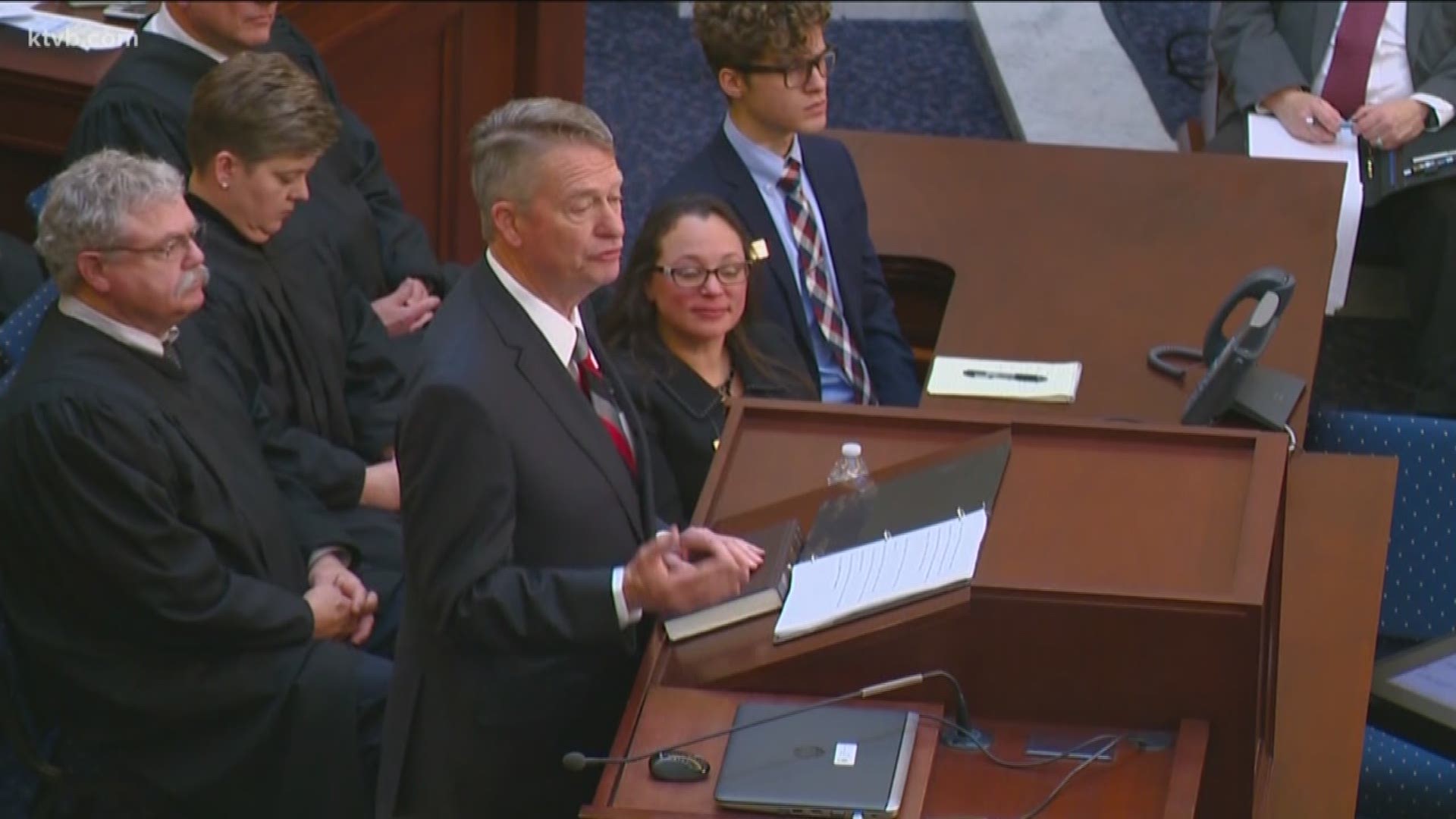 Idaho Gov. Brad Little outlined his legislative priorities during his first State of the State address to lawmakers Monday with his number one priority for the state budget being education and fulfilling a promise to raise starting teacher pay.

The governor said he wanted to keep the momentum started by his predecessor Gov. Butch Otter and bring starting teacher salaries up to $40,000 annually.

“My budget recommendations implements the fifth year of the task force recommendations. This investment puts in place the next phase of teacher salaries,” Gov. Little said.

That announcement was well received by both Democrats and Republicans.

“I am just so pleased, there is so much to be excited about, the starting salaries for teachers at $40,000 is huge,” Ybarra said.  “We’re very excited about that. As you know one of the priorities has been attracting and retaining great teachers and leaders since I took office, and so I can’t say enough great things about this direction that we’re going.”

Little also announced the creation of an education task force he’s calling “Our Kids, Idaho’s Future.” Like Gov. Otter, Little says this group will focus on where future education dollars should be spent. It is charged with creating a five-year blueprint for education investment and reform.

One of its primary goals will be to have 60 percent of 25- to 34-year olds complete a college degree or get a professional certificate.

Ybarra, who took office four years ago after the first education task force had already created its recommendations, said she is excited to a part of the new task force that will guide education priorities for the next five years.