Do schools still receive funding even if students aren't in the classroom?

Idaho law has provisions for emergencies, including decisions made by authorities because of health concerns. 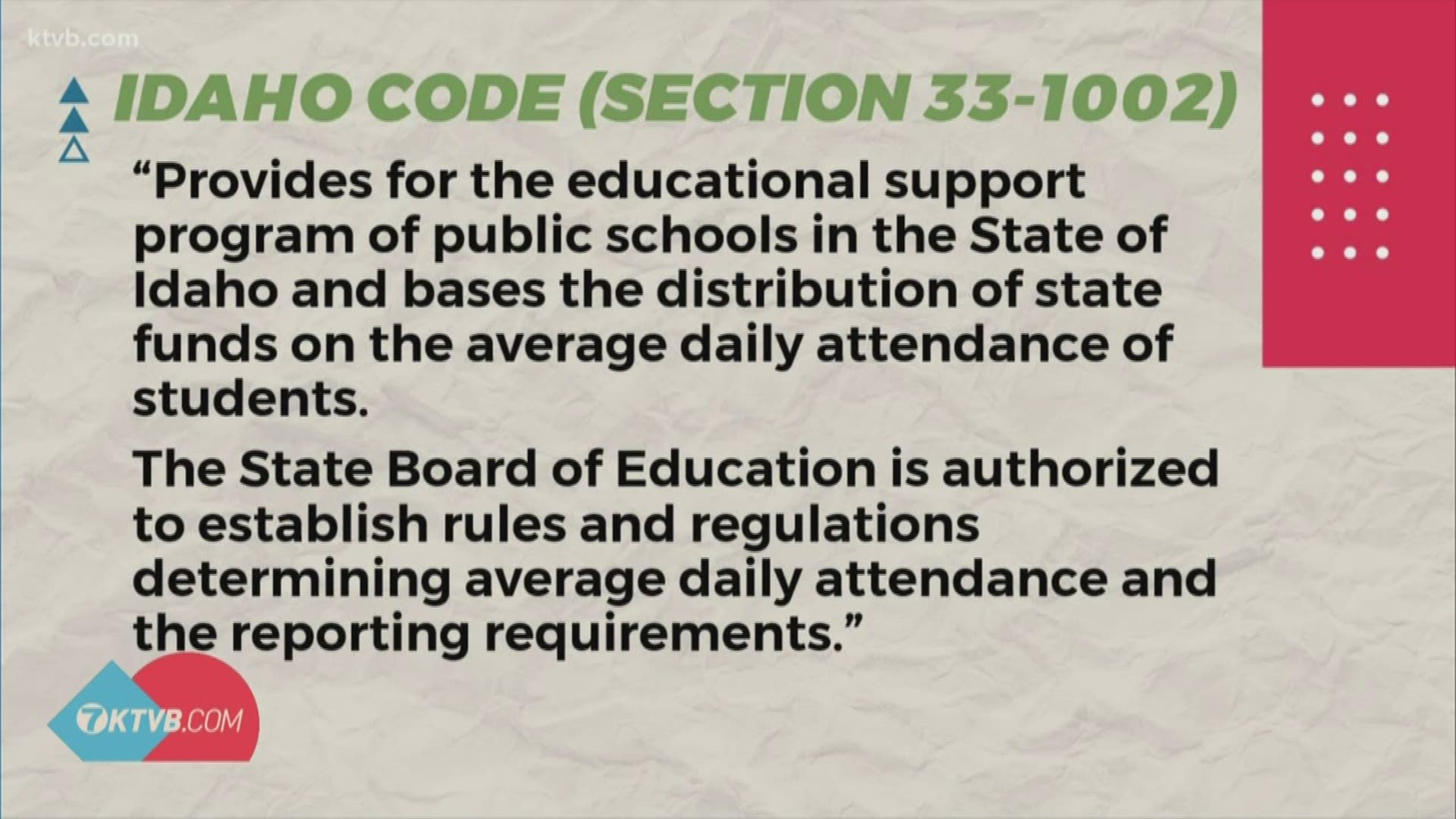 BOISE, Idaho — Back in March, most Idaho schools closed their doors to students in an effort to slow the spread of the coronavirus.

Officials have called it a "soft closure," but for most students and their teachers, figuring out how to do school without actually being in the building, together, has been pretty hard.

It's left a lot of unknowns, and led to an interesting question from a viewer.

Mary asked, "If the schools are paid an x amount for every child that attends school every day, since there is no school, is the attendance averaged out and the school districts still getting paid?"

Typically, the state bases its distribution of state funds to public schools on daily average attendance under Idaho Code (Section 33-1002):

But with no kids in class, how will the state determine how much money schools will get next year?

"But if their reported attendance is running low because of the pandemic, they will not lose funding," Rodine said in an email to KTVB.

There is a provision that allows for emergencies like these under Idaho Code 33-1003A:

"When a school is closed, or if a school remains open but attendance is significantly reduced because of storm, flood, failure of the heating plant, loss or damage to the school building, quarantine or order of any city, county or state health agency, or for reason believed by the board of trustees to be in the best interests of the health, safety or welfare of the pupils, the board of trustees having certified to the state department of education the cause and duration of such closure or impacted attendance, the average daily attendance for such day or days of closure or impacted attendance shall be considered as being the same as for the days when the school actually was in session or when attendance was not impacted."

Essentially, the state can adjust that ADA to what it normally would be, based on attendance during the bulk of the school year before the pandemic.

Rodine said this statute has come into play in the past, like during severe flu outbreaks, and "Snowmaggedon" in the early part of 2017, when schools in Weiser and several other districts closed for weeks at a time.

RELATED: While schools have a plan to reopen and Idaho businesses enter Phase 2, people still need to wear face masks