The 115-year-old institution in Portland announced Monday it will shut down at the end of the spring 2020 semester. 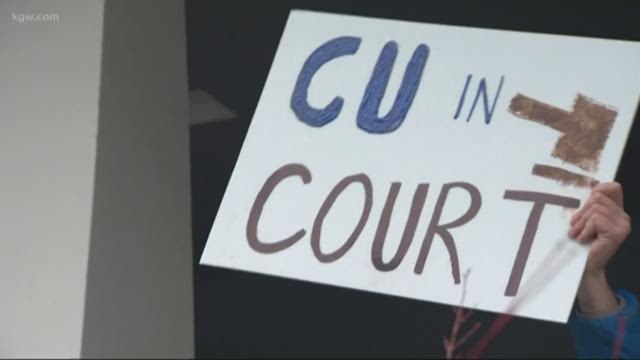 PORTLAND, Ore. — Students at Concordia University walked out at 10 a.m. Thursday and then staged a sit-in at the president's office in protest of the university closing.

The 115-year-old institution in Portland announced Monday it will shut down at the end of the spring 2020 term.

"Our goal is to create a space for CU students to have a voice since CU Admin has yet to give us that space," said student organizer Hannah Stalter before the walkout. She said the Concordia University administration has "failed their responsibilities to support and protect their students, staff, and faculty."

Stalter said organizers hope the protest will open a conversation between Concordia University and the Board of Regents that will lead to better severance packages for staff and faculty, "an acknowledgement of their wrongdoing, and a plan to ensure that this never happens again."

Organizers are also asking that financial records be released "showing how/why this happened and what CU admin has been spending money on these past several years."

KGW live streamed the walk out. Watch it here.

RELATED: Should we be surprised Concordia University is closing? Maybe not

RELATED: 'This school really did feel like a home to me': Concordia students devastated by university's closure