A handful of Idaho schools traveled to the College of Idaho in Caldwell for "The Citizen and the Constitution" statewide civics competition. 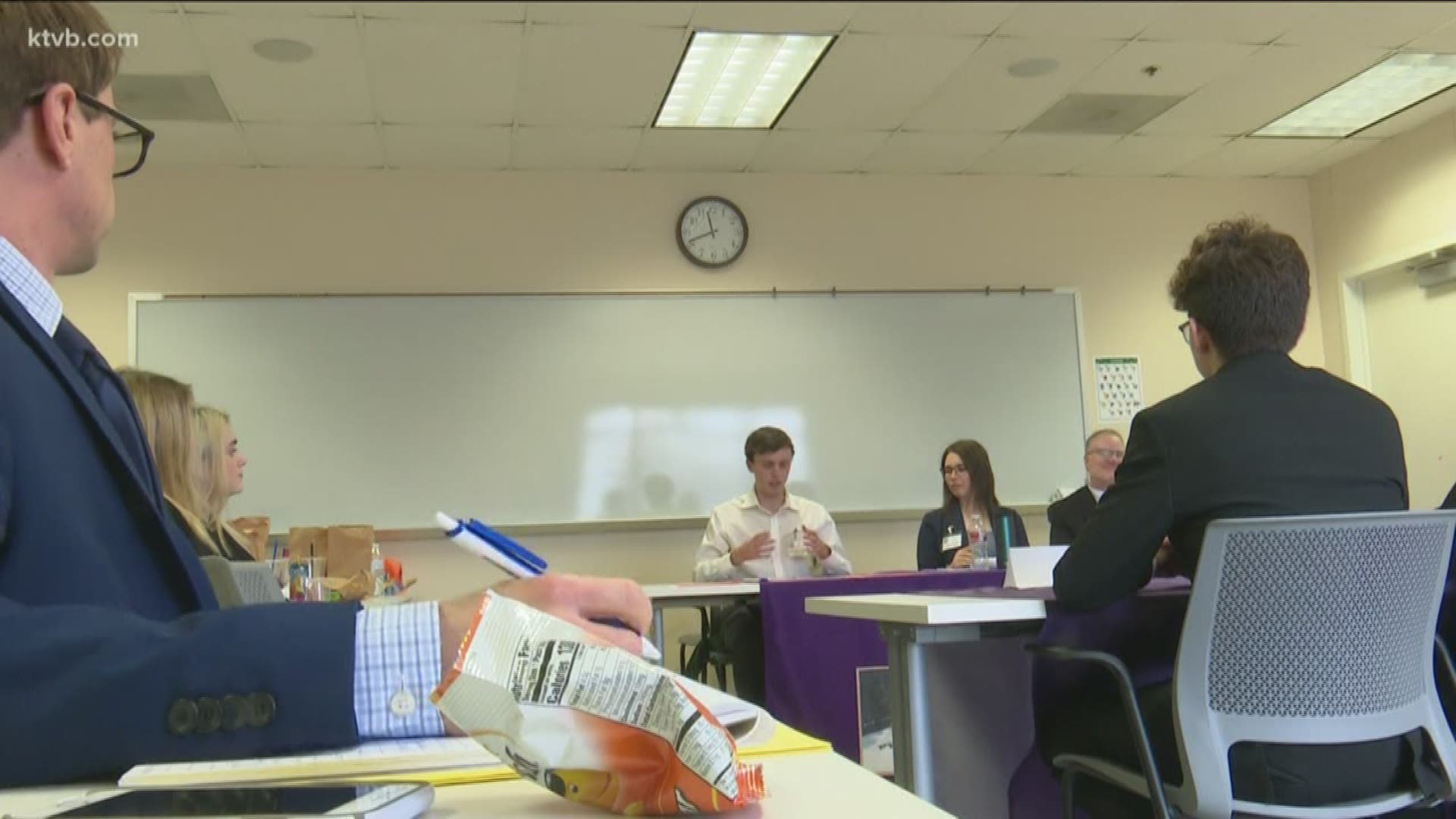 CALDWELL, Idaho — Three Idaho schools competed at the College of Idaho Thursday morning in the statewide "We the People: The Citizen and the Constitution" competition and showcase.

"It's like a mock congressional hearing where basically you have questions based on a number of topics," Noah Rutherford said, a student at Meridian Medical Arts Charter High School. "Our topics were concerning freedom of religion, freedom of expression, self-incrimination and things like that. Then the questions just ask what your opinions are and come to a conclusion based on what your team thinks on that topic."

Some of the students in attendance were enthusiastic about hearing other students argue their points of view.

"I think it's valuable to hear other people's opinions and be really open to every possible angle," Meridian Medical Arts student, Kaydree Rapp said.

"Better understanding the constitution and the basis of all the laws we have just makes you a better citizen and helps you be a better productive member of society," he said.

Some students said the competition is a unique way to learn about government.

"You get to formulate your own opinions and do your own research rather than just sitting in a classroom and taking notes the whole day," Rutherford said.

RELATED: From rising tuition to declining enrollment: A snapshot of Idaho education trends

"Since it's our government and it's for the people, it's important that we know what it is so we can pretty much know what's going on so we can elect the people we need to run this country," he said.

The Portneuf Valley High School team won the "We the People: The Citizen and the Constitution" competition at the College of Idaho.

The team included students from Blackfoot and Pocatello. They will travel to compete in the national finals in Washington, D.C., April 24 to April 27.