The Beaverton School District is the first of the larger districts in Oregon to make the call to extend its online learning timeline. 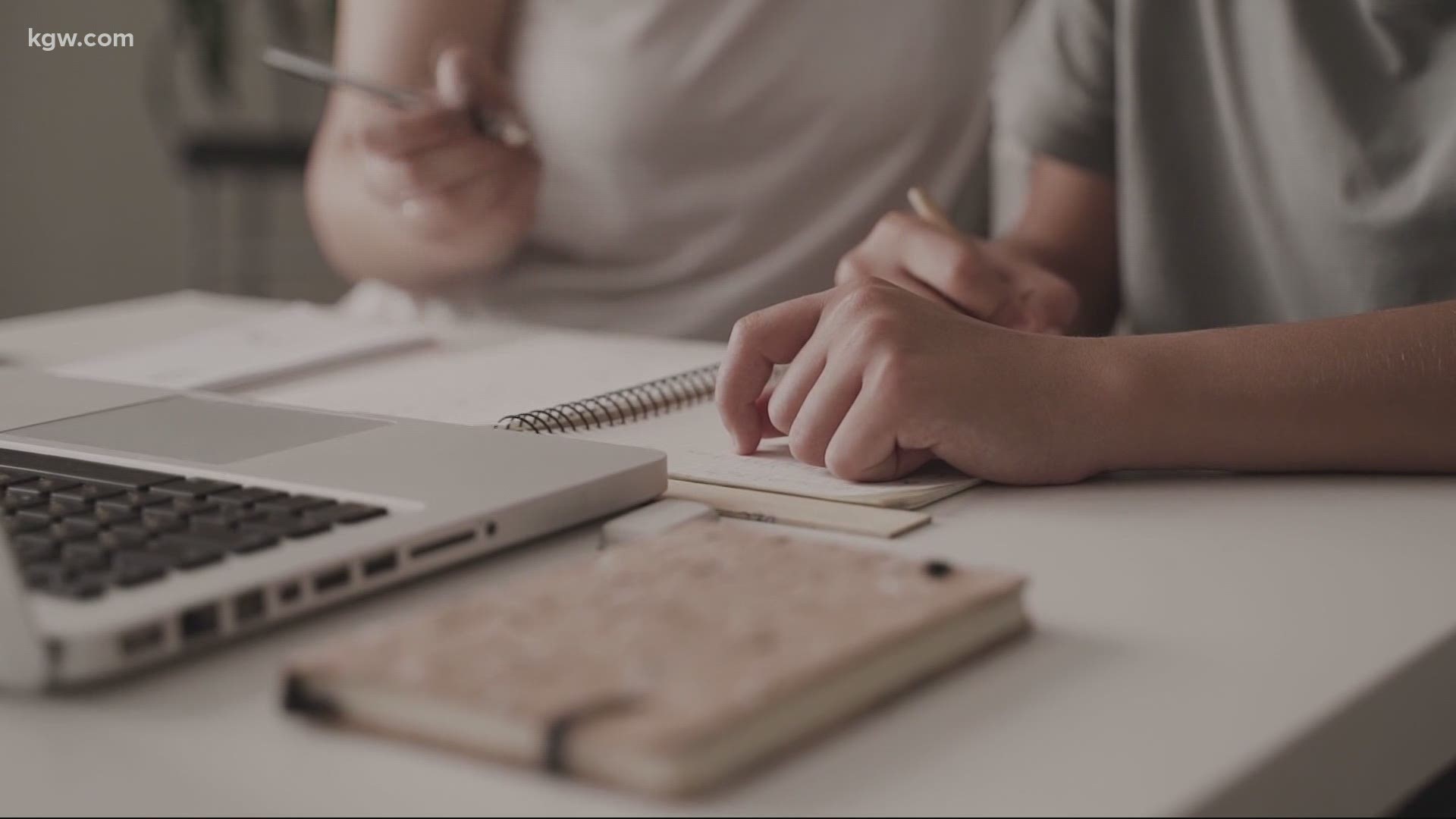 But in the last week, one of the state’s larger districts made the decision to extend distance learning another three months. Now, fourth through 12th grade students in the Beaverton School District will be learning online through Feb. 8. Previously, the plan was to do comprehensive distance learning until Nov. 16.

But district officials said they felt they needed to make a decision now.

“The reason we’ve done it so early is number one, the metrics seem to be pretty clear. But secondly, our community has been clear with us that they want information when we know it so they can plan for the long term,” said Shellie Bailey-Shah, spokesperson for the Beaverton School District.

The plan now is for students in grades four-12 to keep learning online until the state’s COVID-19 health metrics are met.

“When we take a look at the metrics for both Washington and Multnomah county, they just aren’t going in the right direction,” Bailey-Shah said.

RELATED: Here's where county COVID-19 rates must be for Oregon schools to reopen

With those metrics in mind, the superintendent of Beaverton Schools announced his decision at a school board meeting last week. He took into consideration the coronavirus metrics in both Washington and Multnomah counties.

She said the decision to extend distance learning was not made lightly.

“There is no question that all our teachers, all our staff, all our administrators want kids to be in school. We know that is the optimal environment for them. But what are you going to do? The metrics just don’t support a return to school right now,” Bailey-Shah said.

She said it’s possible that the district’s decision could change, but only if there were some sort of drastic change in the metrics or if the governor came out and revised the metrics districts need to meet.

For now, it’s full steam ahead for distance learning. So far in the fall, Bailey-Shah said parents are telling them online learning is better than it was in the spring. But like districts across the state, challenges remain.

“Almost all the students in our districts have connectivity. We still have a few that don’t and what we’re doing there is we’ve been getting in these hot spots that we are then giving out to families so that they can use it to get the access,” said Bailey-Shah.

Because state metrics are different and less strict for kids in pre-K through third grade, Beaverton School District officials are waiting until Oct. 19 to make a decision on whether to extend distance learning for those kids.

In the meantime, Portland Public Schools is planning to give families an update on its plans for distance learning by the end of this week. Leaders in the Salem-Keizer School District say they’re monitoring the metrics and will make a decision in the coming weeks.

We reached out to the Oregon Department of Education (ODE) to see if officials there could offer insight into how districts statewide are doing with distance learning and if any others have decided to extend distance learning.

This was ODE’s emailed response:

“Comprehensive Distance Learning is being utilized throughout the state.

"Our highest priority is to open our schools to in-person instruction. And, we want each community to have the ability to do that as soon as we believe we can provide safety and stability for students, families and staff at the school. Following the guidelines will help open our schools to in-person instruction and keep them open. This is what our students and families need and by working together we can all help achieve this goal.”