Boise School District claims Anser Charter School has a 'lack of student diversity' in response to the decision to leave the district. 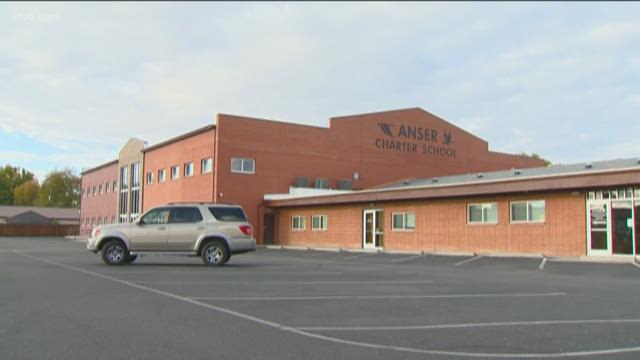 The Boise School District responded with concerns about the school's "lack of student diversity."

The charter school, located in Garden City, serves more than 400 K-8 students. They plan to increase enrollment in every grade level to 675 students by 2025.

In a news release, the school stated the decision to move was based on a "desire to provide more opportunities" for their enrolled students and families. School officials also thanked the Boise School District for being their authorizer for the past 20 years.

Anser stated that they "have outperformed the district and the state in math and ELA" for over 15 years. ELA is the state's standards for English language arts/literacy which includes history, social studies and science.

The Boise School District released a statement on Thursday afternoon in response to the decision, stating that the district has "grown increasingly concerned about the lack of student diversity at Anser Charter School. Given that charter schools in Idaho do not have to provide transportation, breakfast and lunch programs, or extra-curricular activities, this has led to a highly exclusionary model that disproportionately bars students of color and students from disadvantaged backgrounds."

The district highlighted Anser's reduced lunch program as an example of its lack of diversity due to 19% of the school's students enrolled in the lunch program compared to the Boise School District at 50%.

Anser says they will continue to build a "diverse, equitable, and inclusive environment" for all their students and plan to provide free bus transportation starting in the 2021-2022 school year.

In response to a KTVB inquiry, Heather Dennis, Anser Charter School's organization director, says they are committed to serving all children "from across the city," regardless of "background, race, ethnicity, or neighborhood." She continued, "our school leader, Michelle Dunstan, a woman of color, has been spearheading our staff training on Diversity, Equity, and Inclusion."

When KTVB asked the Boise School District spokesperson, Dan Hollar, if the district was calling the Anser Charter School's methods racist, he said, "I'll let the public decide. I think we're going to lay the facts out and people can determine what they think from that point forward, but some have said that."