Attorneys from her office speak at schools, but Bennetts said she’d like to do more outreach to help people better understand what her office does.

Credit: Idaho Press
Staffers with the Ada County Prosecutor's Office stage a mock court for students with the Know Your Government project during a visit to the Ada County Courthouse.
Author: Tommy Simmons (Idaho Press)
Published: 11:16 AM MST November 27, 2019

BOISE, Idaho — When Abigail Spencer was a freshman in high school, the father of one of her friends got pulled over by a police officer while driving. He had a stereotypically Spanish-sounding name, she remembered, and, because of that, she said she believes the police officer questioned him more intensively, even after the man had produced a green card.

The Idaho Press reports that incident was one reason Spencer, now a senior at Timberline High School, decided she wanted to become a lawyer — and specialize in immigration or family law, in order to “affect change and make that a more fair system,” she said Tuesday.

Her interest in doing those things also played a role in Spencer’s involvement in the Know Your Government program. The two-to-four year program is provided by the youth organization 4-H and aims to introduce students to government functions and officials in order to help educate them about how the government works.

Credit: Idaho Press
Abigail Spencer and Logan Boehm, students with the Know Your Government project, look on during a mock trial at the Ada County Courthouse.

On Tuesday, seven Treasure Valley students who have been or currently are taking part in the Know Your Government program spent the morning at the Ada County Courthouse, where they talked with Ada County Prosecutor Jan Bennetts and her staff. The program is completed by eighth and ninth graders, and although Spencer completed the project, she wanted to come to the courthouse to meet with prosecutors anyway.

Bennetts said she knew she’d wanted to do some sort of outreach of that ilk for a while, she said, but decided it would be a good opportunity to work with 4-H after a group of 4-H students spoke at a county budget hearing in June.

There were moments of levity on Tuesday morning — for instance, the group got to meet Yuko, the office’s courthouse dog. The yellow Labrador retriever is trained to work with victims to help soothe their nerves, but he’s also popular with the office’s employees — and the students enjoyed the chance to pose for pictures with him.

Credit: Idaho Press
Students with the Know Your Government project spend time with a yellow lab named Yuko during a visit to the Ada County Prosecutor's Office.

But Bennetts and her staff were also honest with the group about the serious realities of the office’s day-to-day work. Bennetts administered an oath of office to the students, swearing them in as honorary prosecutors for the day. Part of the reason she did that was because she wanted them to understand the seriousness that comes with the job.

“When I took the oath of office for my current role — it really means something,” she told the students later in the morning. “You feel the weight of it. … The oath follows you 24/7. You don’t get to take your prosecutor hat off when you go home at night.”

Bennetts spoke to the group about victim rights, a cornerstone value for her office. Shelly Parker, the office’s victim-witness administrator who also spoke Tuesday, called the office “victim-driven.” The office has eight victim-witness coordinators, whose job is to help victims navigate the labyrinth of the court system and to keep victims informed about what’s going on.

If Spencer becomes an immigration or family attorney, she probably wouldn’t be working with crime victims directly, the way Ada County’s prosecutors are. Still, Spencer said, she appreciated the chance to watch the prosecutors in action during a brief mock trial the attorneys put together for the group. She was also able to ask prosecutors their opinion on the best field of study for her undergraduate career, prior to law school.

Credit: Idaho Press
Abigail Spencer, a Timberline High School student with the Know Your Government project, talks about her plans to become a lawyer.

Members of the Ada County Prosecutor’s Office were candid about the difficulties of the job. A panel of attorneys took their seats in the courtroom’s gallery after the mock trial and answered questions from the group of students, who were seated in the jury box.

David Hunt, a prosecutor who will soon be a magistrate judge elsewhere in the state, said prosecutors have to enforce the laws as they are written — even if those laws aren’t universally popular.

“So it’s our job now to execute that law and to seek justice if it’s violated,” he told the students.

The students in the Know Your Government program will write essays about their experience at the prosecutor’s office.

Tuesday marked the first time a group of students have traveled to the courthouse and had those kinds of in-depth conversations with prosecutors, Bennetts said. Attorneys from her office speak at schools, but Bennetts said she’d like to do more outreach to help people better understand what her office does and what their rights are.

“It is really important to me that we educate about our role in the community,” Bennetts said.

Speaking simply as a resident of the Treasure Valley, Spencer said much the same thing. People live every day by laws written by those who work in government, she said.

“It’s important for people to understand what these people do,” she said. 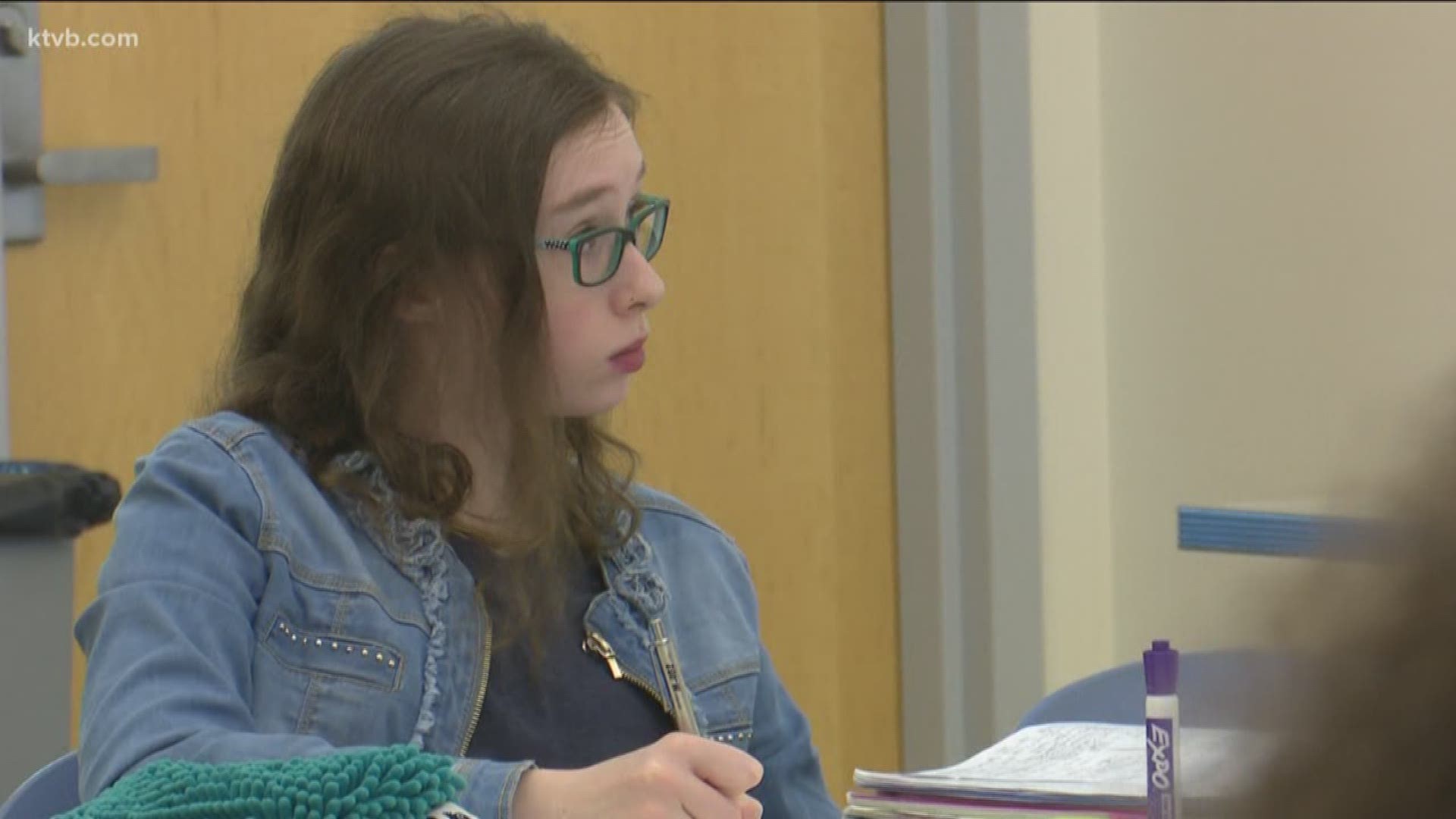