“This type of criminal activity will not be tolerated in the City of Nampa,” Police Chief Joe Huff said. 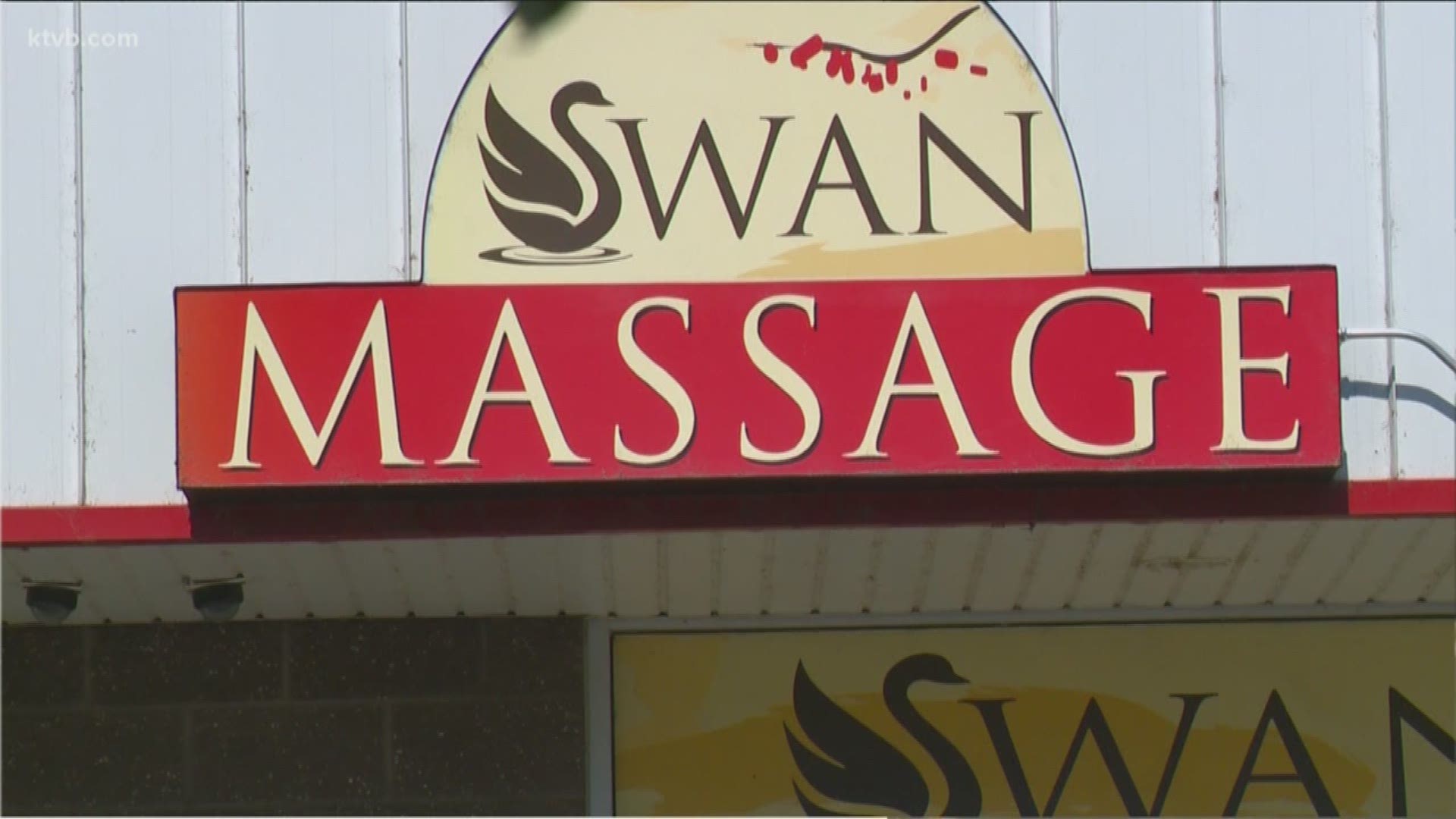 NAMPA, Idaho — Seven women are facing charges after a sweep of Canyon County massage parlors where police say the employees were offering sex acts for money.

The multi-agency investigation started earlier this year, after a tip about prostitution happening at the massage parlors.

Three more women were arrested at a pair of Caldwell businesses. Thirty-two-year-old Dong Mei Yin is charged with procurement of prostitution, accepting the earnings of a prostitution and harboring a prostitute, while 56-year-old Jing Yun Shang and 49-year-old Mei Hua Dill are both charged with misdemeanor prostitution.

The women in Caldwell were arrested at a massage parlors in the 6100 block of Cleveland Boulevard and the 2000 block of Blaine Street, Caldwell Police said.

Authorities did not release the names of the Caldwell businesses.

“This type of criminal activity will not be tolerated in the City of Nampa,” Police Chief Joe Huff said. “I appreciate the hard work put in by the investigators in this case and their commitment to our community.”

The investigation is ongoing, and additional charges are possible.

Anyone with information about crimes of this nature happening in other locations is asked to call Nampa Police at 208-465-2257 or Crime Stoppers at 208-343-COPS.