'We followed him': Boise pawnshop stops Florida man from selling $40,000 worth of stolen bicycles 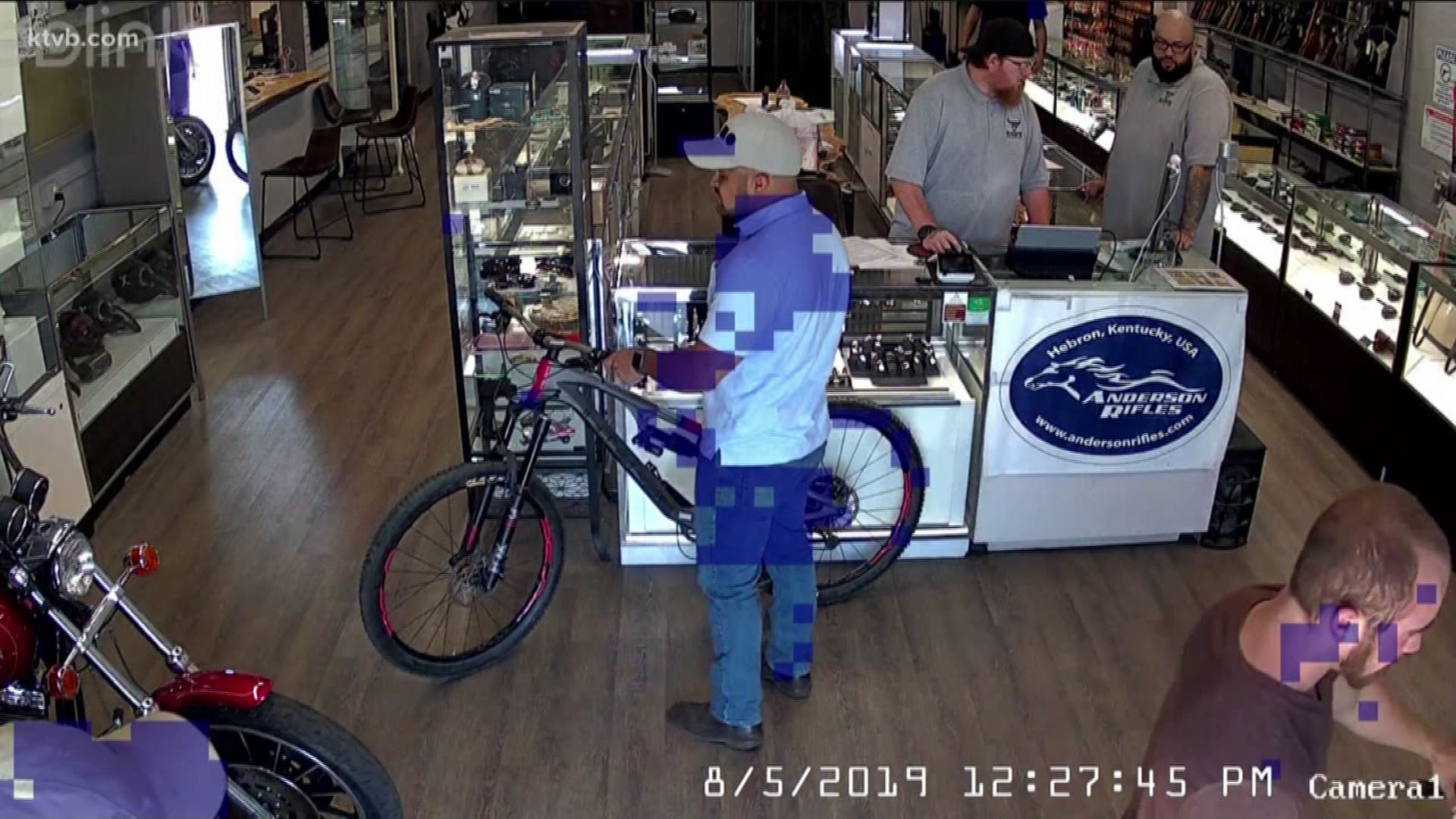 BOISE, Idaho — Boise Police arrested a 26-year-old Florida man for possession of stolen bicycles after he tried to pawn them to a local pawnshop.

Knirnschild was booked into the Ada County Jail on felony charges of fugitive to Idaho, battery on a police officer, 11 counts of grand theft by possessing stolen property and a misdemeanor charge of resisting officers.

A pawnshop alerted police at about 1:45 p.m. Monday that a man was trying to pawn bicycles that were reported stolen, according to investigators.

"As I was inspecting the bikes I realized at the end of it that there was a bike shop's name sticker on the bottom of one of the bikes, so I pulled my phone out and called them and immediately that manager said those bikes are stolen from our shop," Steve Luke, the owner Score Outdoors, said.

He then told the owner of Sam's Lock, Samuel Reading, who then called police.

"We followed him down Five Mile back up Ustick and then he started like kinda like seeing us so, we dropped back," Reading said. "As he pulled out of Jack in the Box, it was pretty cool, like four Boise Police officers came behind him, followed him for a mile and pulled him over."

Boise Police found the man driving a rental storage van with out of state plates and pulled him over for a traffic stop near the intersection of San Fernando Drive and McKinney Street. Police identified the man as Knirnschild, police say, and found that he had an extraditable felony battery warrant out of Florida.

Investigators found that Knirnschild had 11 stolen bicycles from Washington in his possession, with a value of about $40,000, according to police.

"As far as we know right now, he was wanted in California, Nevada, Washington, Colorado, Virginia, Florida and North Carolina," Boise Police Sgt. John Terry said. "In the past two weeks alone he has pawned over 40 high-end bikes across the United States."

When police placed Knirnschild under arrest, he told officers that he had a medical condition and police alerted paramedics to assist him. Paramedics took Knirnschild to a local hospital and was later released, according to investigators. When he was released, police attempted to place him under arrest again but he fought with the arresting officers, kicking one of them in the chest.

The Boise Police Property Crimes Unit is continuing to investigate Knirnschild and say that more charges are pending.

The officer that was kicked in the chest was cleared to return to duty.