'We are a little handcuffed': Eastern Washington law enforcement concerned about police reforms 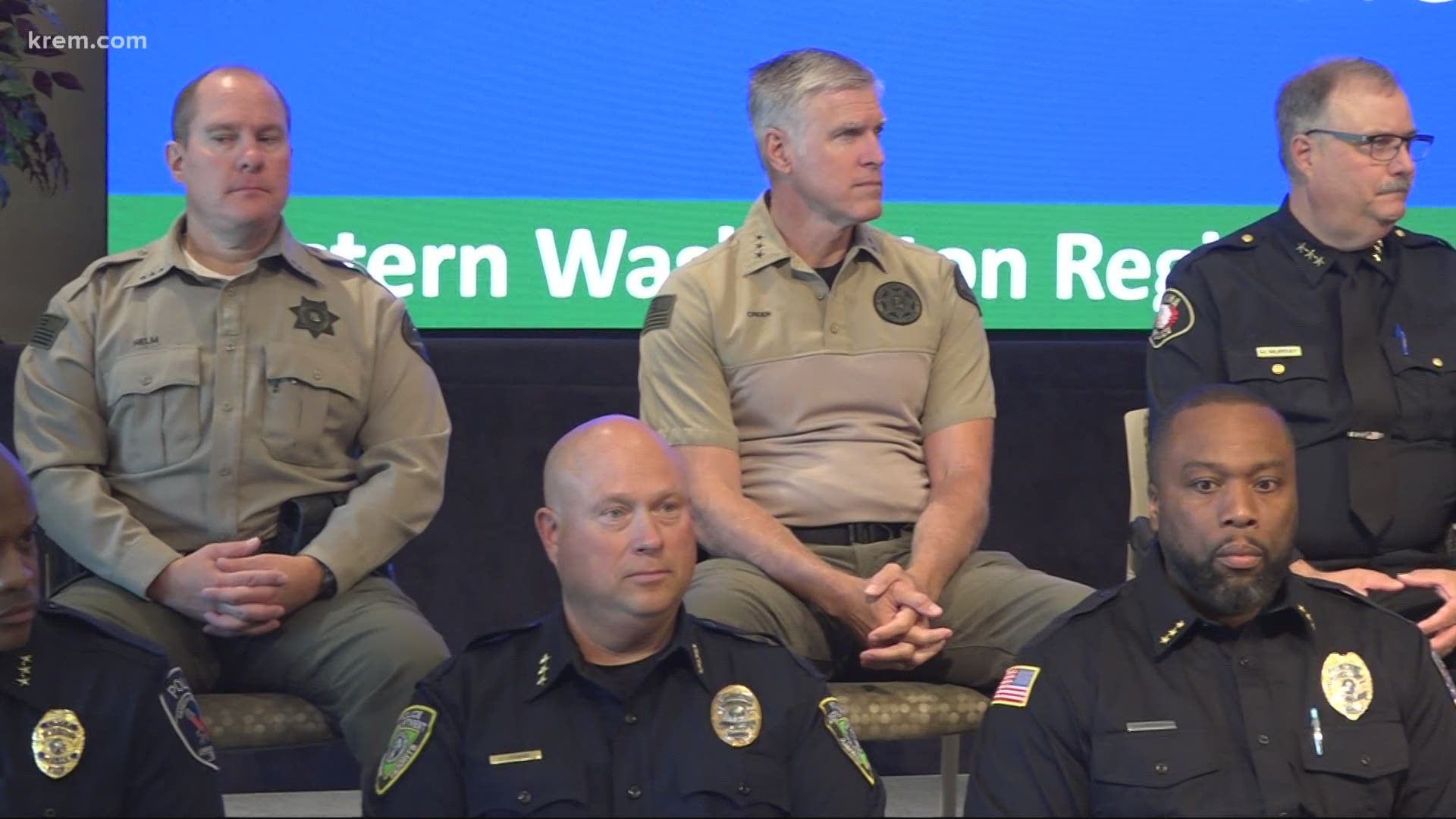 WASHINGTON — Law enforcement in Washington say they will be responding to calls much differently starting this Sunday, July 25, when the state's series of police reform bills go into effect.

Seventeen sheriffs and police chiefs from across Eastern Washington say their hands are tied under these laws. In a press conference with these officers, they shared which laws will have an immediate impact on how they will respond to crime.

Supporters of the police reforms laws believe they will reduce deadly force and provide more transparency. Law enforcement said on Thursday that they want this, too. But they are concerned are about the ambiguous the wording of the laws.

"We will do everything in our power to make sure our citizens and staff are safe," Moses Lake Police Chief Kevin Fuhr said. "But with this new legislation, we are a little handcuffed."

They say tactics used to detain or arrest someone will change significantly. Officers are prohibited from using choke holds or neck restraints. Their use of tear gas is also limited.

Chiefs and sheriffs no longer have the authority to deploy tear gas. They now must get permission from the highest elected official of their jurisdiction.

Spokane Police Chief Craig Meidl explained that under the new laws, they won't be able to chase suspects who are running or driving away. He said this will make it difficult to find suspects and hold them accountable.

The new laws may also limit law enforcement's ability to respond to calls with people experiencing a mental health crisis. Spokane County Sheriff Ozzie Knezovich said they may not be able to respond anymore, per the advice for their attorneys.

"For all the firefighters and EMS teams across the state of Washington, we apologize," Knezovich said.  "You used to be able to stage out and wait for us to go and calm things down and then come in and do your duties. We really don't know if we can do that for you anymore. You may have to go into that situation, and we show up once you have been assaulted."

These laws will be enforced by complaints people file with the agency or to the Washington state criminal justice training commission.

The Chiefs and sheriffs we heard from Thursday hope to receive more clarity on these laws. Either way, they remain committed to serving and protecting their communities, while following the law.