Von Ehlinger, 39, was arrested in Clayton County, Georgia, on Saturday, Sept. 25. He faces felony charges in Idaho of rape and forcible sexual penetration. 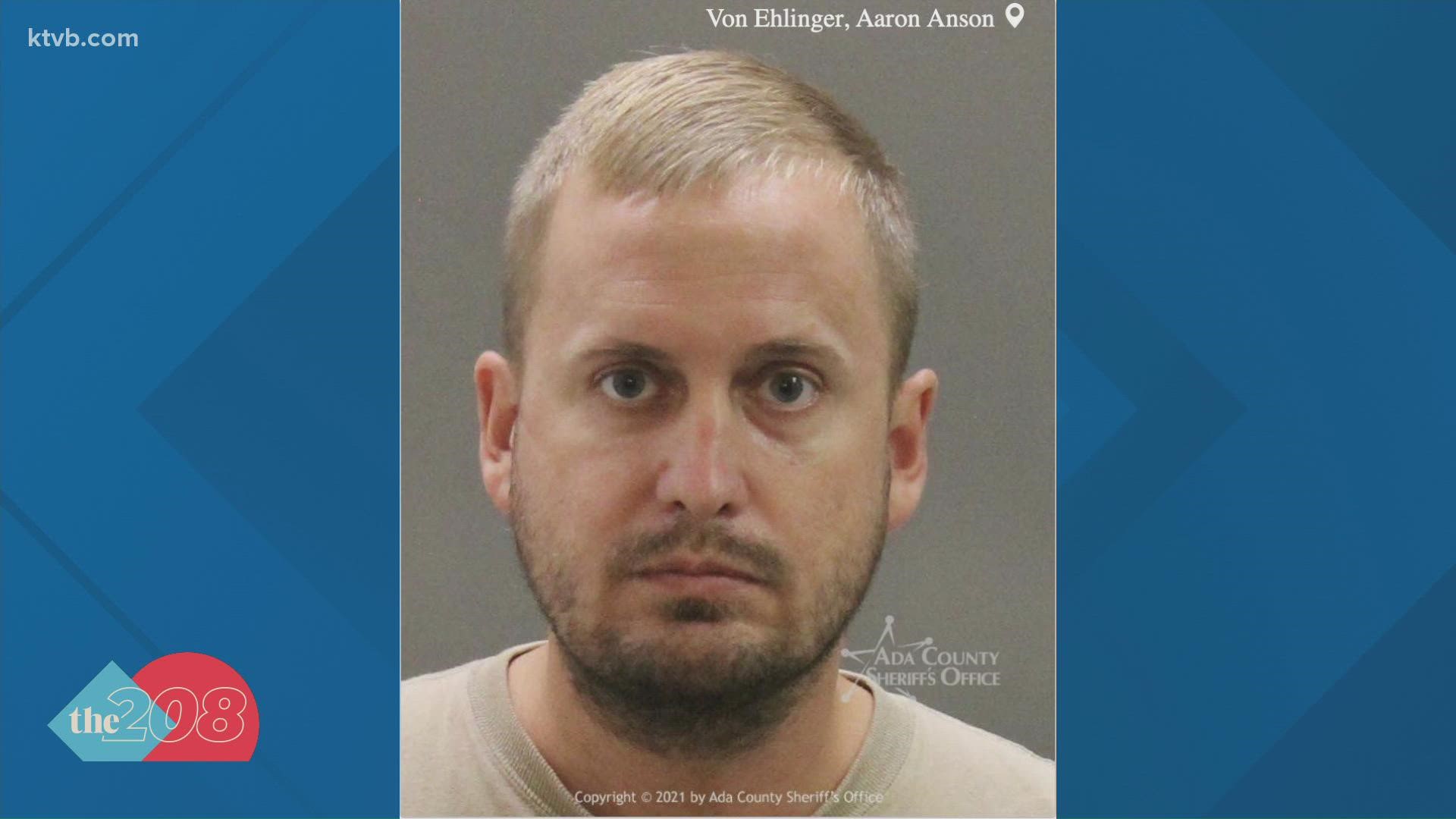 BOISE, Idaho — Update: As of 6:16 p.m. on Friday, Oct. 8, von Ehlinger is no longer in custody, according to the county's current arrest page.

Former Idaho Representative Aaron von Ehlinger has been booked into the Ada County Jail, according to the county's arrest page.

Von Ehlinger, 39, was arrested at Hartsfield-Jackson International Airport in Atlanta on Sept. 25 after his plane back to the U.S. landed. He was held in the Clayton County Jail until Friday. He faces felony charges in Idaho of rape and forcible sexual penetration.

Jon Cox, von Ehlinger's attorney, said his client was taking a vacation with family in Central America and tending to some "business interests," adding that he was unsure which country the former lawmaker had traveled to. But the defense attorney was adamant that von Ehlinger was not a "fugitive" and was not trying to avoid prosecution by leaving the U.S. while the rape investigation was going on.

Von Ehlinger resigned from the Idaho Legislature in April as the House prepared to vote on whether to expel him. Hours before his resignation, a bipartisan legislative ethics committee had voted unanimously to find that the lawmaker had committed “conduct unbecoming a representative" in his sexual pursuit of multiple women who worked at the Idaho Capitol, including a teenage intern, who told police von Ehlinger had raped her in his apartment.

The woman, who KTVB is referring to as Jane Doe, reported that von Ehlinger took her out to dinner on March 9, then told her he needed to stop by his Boise apartment to pick something up on his way back to her car. Doe said the lawmaker invited her inside, then orally raped her inside his apartment, despite her repeatedly telling him "no."

Von Ehlinger admitted to the sexual encounter but said it was consensual. He told members of the ethics committee he did not believe it was inappropriate for a lawmaker to have a sexual relationship with a 19-year-old legislative staffer.

A warrant for von Ehlinger's arrest was issued on Sept. 9.

If convicted, von Ehlinger could face up to life in prison and be required to register as a sex offender.