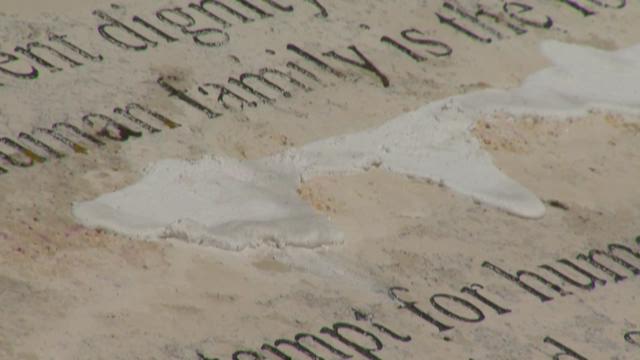 Anti-Semitic and racist tags were prominently written on the stone tablets showcasing the Universal Declaration of Human Rights and the memorial's donors.

The memorial is one of the few locations worldwide where the human rights declaration is displayed in its entirety.

"While we are deeply disheartened by this senseless destruction, this use of divisive and demeaning language only emboldens our mission," Wassmuth Center Executive Director Dan Prinzing said. "Promoting human rights in our community is more important now than ever, and an act of vandalism such as this demonstrates the need for Boiseans to recommit themselves to ensuring all our schools and institutions are safe and welcoming for every member of the human family.

"They can deface the Universal Declaration of Human Rights tablet, but they can't destroy its message of human dignity," Prinzing added.