Two officers shot during search for fugitive on Boise Bench

Two police officers and a wanted man have been shot during a standoff on the Boise Bench Friday afternoon. 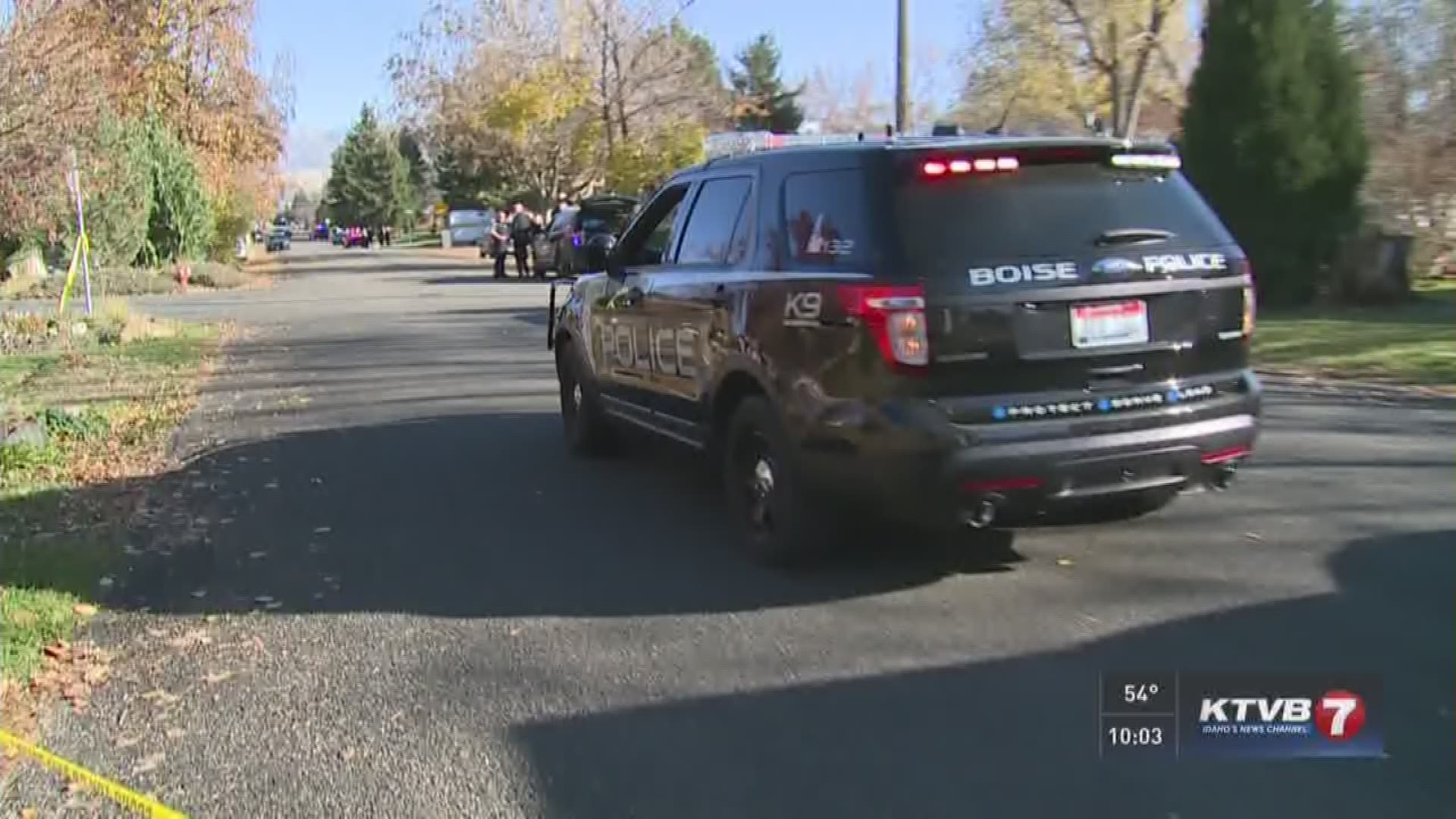 BOISE -- Two police officers and a wanted man have been shot during a standoff on the Boise Bench Friday afternoon.

Both officers were rushed to Saint Alphonsus Regional Medical Center.

UPDATE: One officer released, another still critical after Boise shooting

On Friday night, Boise police said one officer was in critical but stable condition and the other was in fair condition.

An emotional Boise Police Chief Bill Bones told reporters at the hospital Friday evening that one of the officers in in surgery, and the other is being treated in the emergency room. The conditions of the officers have not yet been released.

"We had a serious tragedy in the city of Boise tonight, both for our police department and our community," he said.

Police say they believe the shooter is 33-year-old Marco Romero, although Bones said his identity has not been confirmed with 100 percent certainty. The suspect was shot and killed.

Romero was wanted in connection with a double shooting in Meridian Tuesday night that injured two.

Friday's shooting near the intersection of Irving and Wilson streets happened as police were doing a yard-to-yard search for Romero, who was spotted in the area by neighbors earlier Friday.

Jardo, a K9 police dog was also shot and underwent surgery at WestVet on Chinden Boulevard.

On Friday night, a critical care specialist at WestVet said Jardo was out of surgery and was in stable condition. Jardo had life-threatening injuries to his chest, the specialist said.

"I would ask that the prayers of the citizens of Boise are out there tonight for our officers to make sure they come through this OK," Bones said.

As he fought back tears, the chief said the Boise Police Department is rallying around the injured officers.

"Obviously we have a lot of people, a lot of staff and a lot of officers coming together, the concerns of all our department are here," he said. "I would ask that we don't have an overwhelming response, that we leave the hospital here to do what they do to make sure our officers get the treatment that they need and stay clear. But those words of encouragement, those thoughts and as I said, most importantly your prayers for the welfare of our officers tonight." 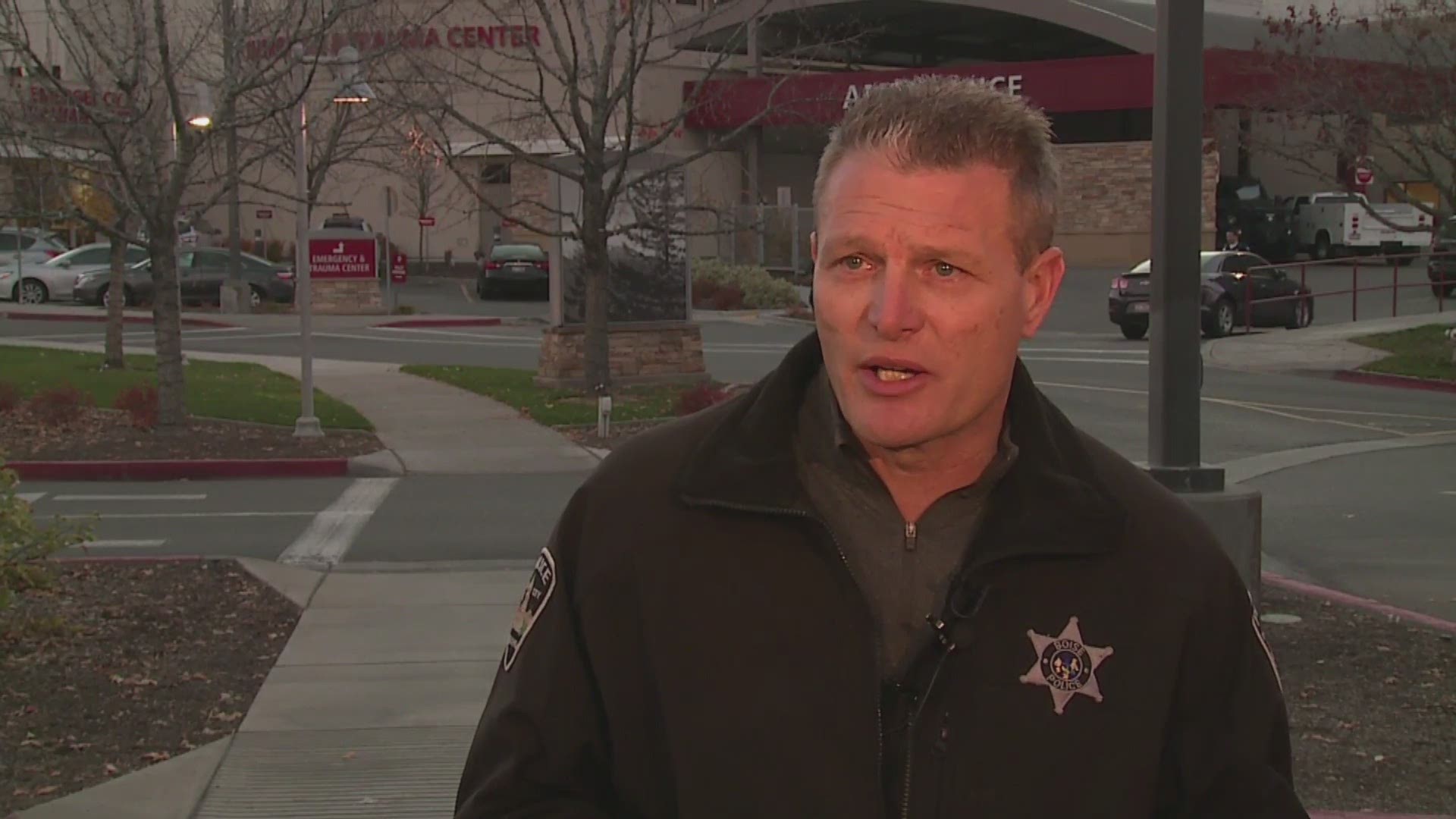 Boise Police used the reserve 911 system to tell residents in the area north of Emerald and east of Orchard to stay inside their homes. Reporters at the scene were told earlier to move back in case of "rifle fire."

A woman who identified herself as Romero's sister stood sobbing at the edge of the yellow crime tape with a group of people after the shooting. One member of the group called out to police, yelling "why can't you tell us?"

Police had previously warned that Romero should be considered armed and dangerous after investigators say he shot and injured a man and woman at the Cherry Lane Apartments. The suspect had been released on parole last month.

Authorities said Romero's family had reported he was acting strangely, and warned that he may have been planning additional acts of violence. Romero was also believed to be connected to the carjacking of an 89-year-old in Meridian Thursday.

Dispatchers say police were originally called out to the Irving Street area because a stolen vehicle had been recovered. It's unclear if that car is the vehicle taken during the carjacking.

Jake Chapple, who lives in the neighborhood, said the shooting came as a "complete shock."

He said he rushed from work after his wife called in a panic, telling him that there were police everywhere.

Chapple's wife had just picked up one of their children from school when the shooting started, he said.

"I walked out and we started hearing gunshots, and I was like 'get inside now,'" he said.

Friday's shooting marks the third shooting involving police in the Treasure Valley in less than 24 hours. The Critical Incident Task Force, led by Garden City Police, will investigate the shooting.

The last time a Boise Police officer was shot was in June, when an officer responding to a shooting at a Bridlewood Court home was shot once in the chest. The officer was wearing a bulletproof vest, and escaped serious injury.