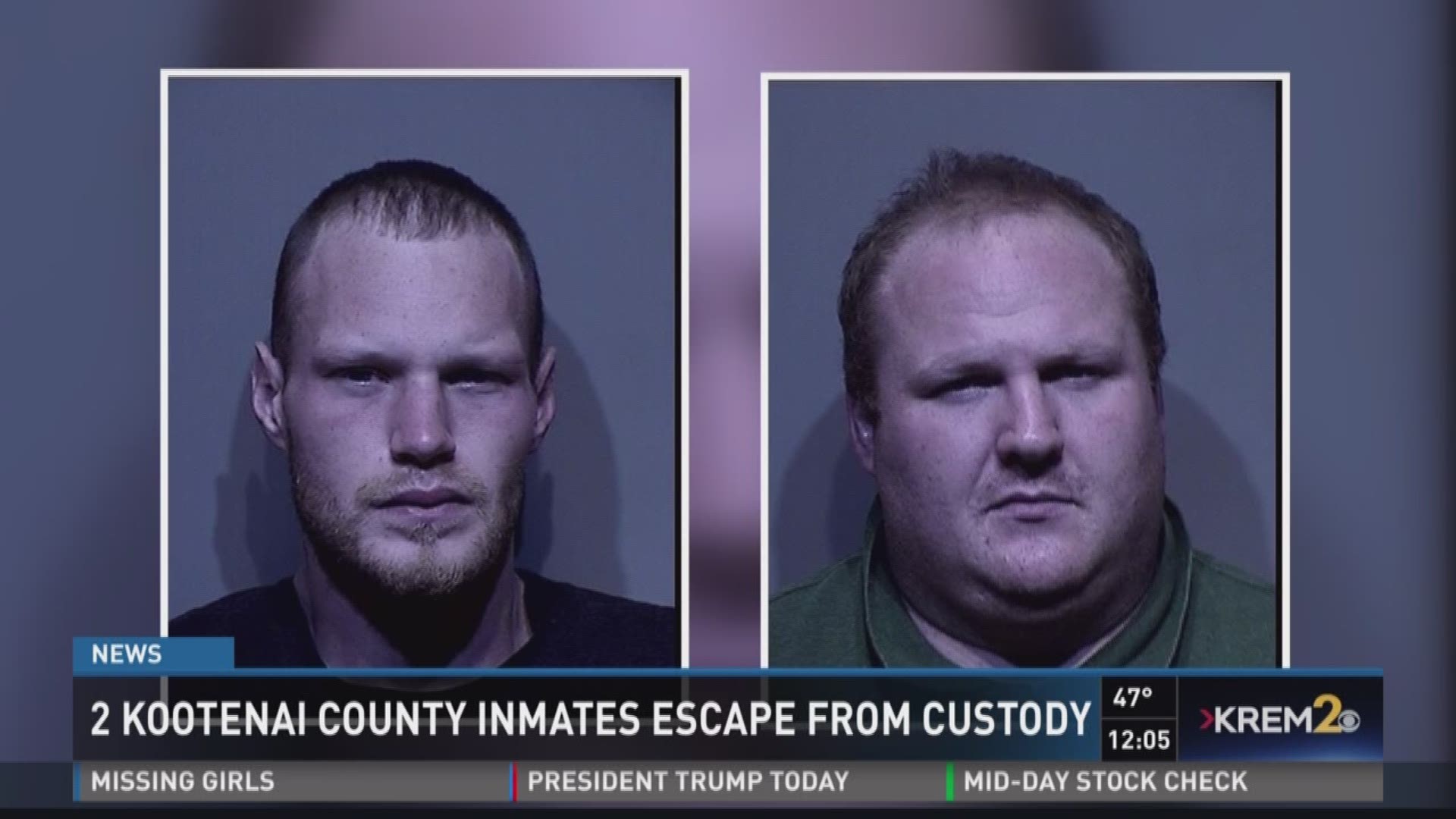 The inmates are Steven Douglas Roche from Spokane and Chad Everett Tipton from Post Falls.

Roche was being held on charges of burglary and grand theft.

Tipton was being held on charges of assault with a firearm, aggravated battery, unlawful possession of a firearm, and resisting arrest.

During a headcount at Yakima County Corrections at 4:00 a.m. on Tuesday, officers discovered that the two inmates were unaccounted for. A search led officials to find a door leading from an inside recreational yard to the outside was unsecured.

Law enforcement agencies in Yakima had an unsuccessful search of the area.

Both Roche and Tipton were moved to Yakima due to current overcrowded conditions at the Kootenai County Jail.

It is not known if Roche or Tipton are armed, but both men are considered dangerous.

Call 911 if you have any information.