South Hill shooting victim is paralyzed from the waist down, family says

The victim, a graduate of Rogers High School, met two suspects on the side of the road to purchase a vape pen before the shooting, Spokane authorities said. 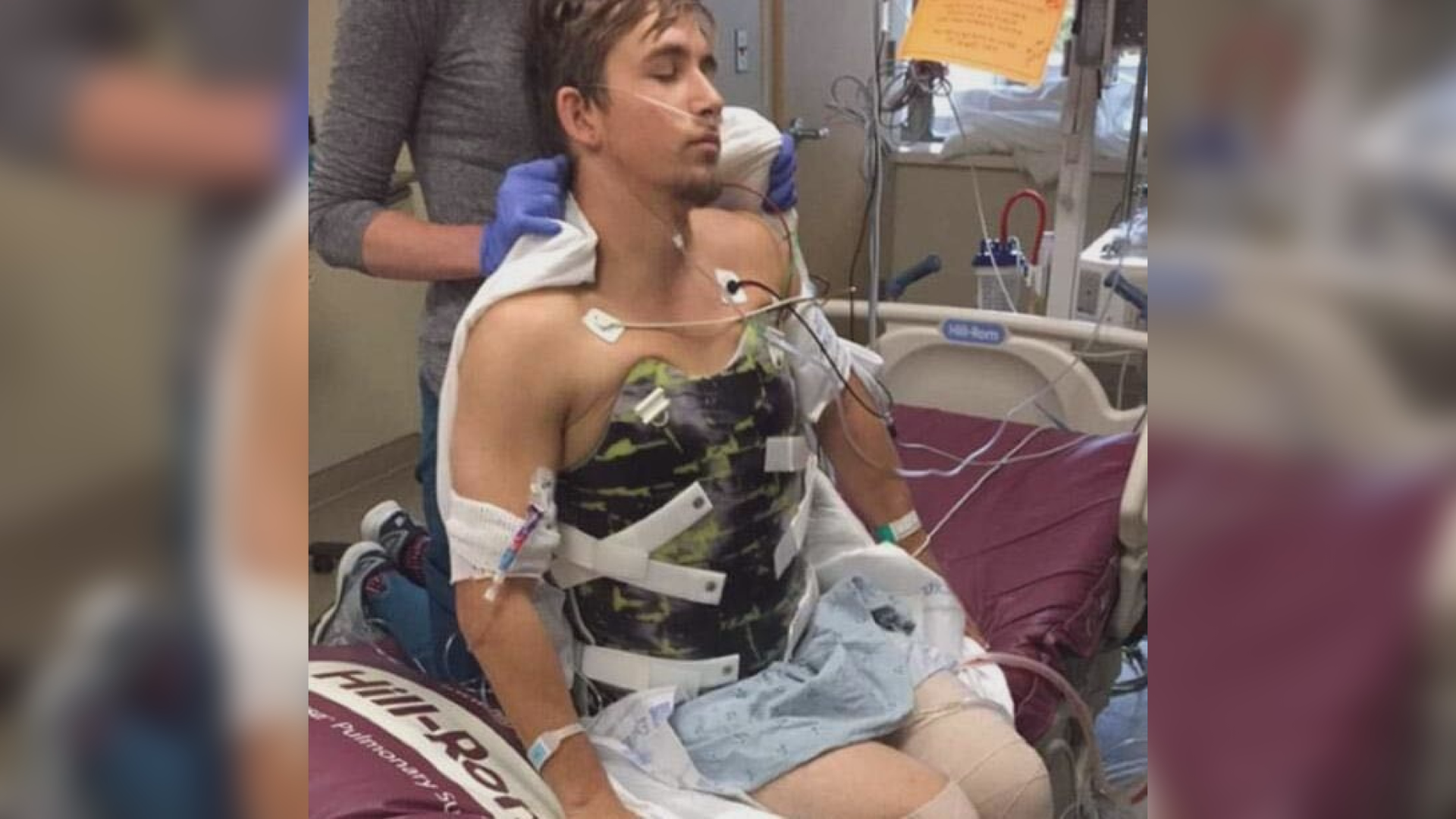 SPOKANE, Wash. — The man who was shot on Spokane's South Hill last Sunday is paralyzed from the waist down, his family confirmed.

Steven Leblanc, 19, is currently on a breathing tube in the hospital. The bullet hit his lungs and his spine, making him unable to speak. His cousin Jolie Knight is acting as his voice.

The Rogers High School graduate was shot in the chest while selling a vape pen for $15, according to court records. The former football player works in construction but he won't be able to any longer due to his injuries.

"He's so young, and his whole life just got taken," Knight said. "It'll never be the same. He's not going to walk, his life is changed."

The victim's family said he can feel his toes, which is a good sign.

The shooting happened at 2:35 p.m. on Sunday, Oct. 18 on Spokane's South Hill near the intersection of East 55th Avenue and South Crestline Street. According to Spokane County Sheriff's Corporal Mark Gregory, the victim met the suspects on the side of the road to purchase a vape pen.

The suspects,16-year-old Logan Birrell and 17-year-old Tobias Hamm, appeared in court on Tuesday afternoon. During the court appearance, it was announced the two teens would be charged as adults in the case.

The two did not enter a plea Tuesday because they are still waiting to be assigned attorneys. They are charged with first-degree robbery and first-degree assault.

"Justice for Steven would be to lock these kids up, but not just throw them behind bars," Knight said. "They don't provide the right mental health when these kids go to jail, they need to provide them the right resources."

Knight is a crisis response counselor who started her own mental health non-profit, so she is taking a compassionate approach to her grieving process, she said.

She wants to not only get answers for Steven but also wants the teenage suspects to be rehabilitated.

Court documents provide insight into how gun may have been obtained

Spokane Police Department officers were the first to arrive at the scene and found Leblanc in a red Toyota Camry with a gunshot wound to his chest, according to a press release from Spokane County Sheriff's Corporal Mark Gregory.

Court documents said the victim arranged to meet up with Hamm for the purchase of the "puff bar" using Snapchat.

Leblanc remained in the vehicle as the suspects approached the car, according to Gregory.

Gregory said one of the suspects pulled out gun soon after and demanded the Leblanc's car and money. He thought the gun was fake and started to drive away when he heard at least one gunshot and felt pain in his upper body and no feeling in his legs.

Gregory said when Leblanc realized he was shot, he stopped the car on 55th Avenue near Crestline Street and called 911. He got help from citizens and a doctor who happened to live in the area until police arrived, Gregory said.

According to investigators, witnesses reported seeing two people run away from the car.

Gregory said the suspects' names were obtained during the investigation and they were located at home in the 6100 block of South Pittsburg. According to court documents, the home belonged to Birrell's parents.

According to court documents, on or about Oct. 16 Birrell's mom searched his bedroom and found two of the Glock's magazines in a backpack. When Birrell's dad went to return the magazines to the locking golf bag case, he discovered the gun was missing, documents say.

According to court documents, Birrell's dad did not know where his gun was at the time of the incident.

Birrell's dad said his son and Hamm were gone from about 1:15 p.m. to around 5:30 p.m. on the day of the shooting and he didn't know where they were, documents say.

During a search, detectives found a semiautomatic handgun of the same caliber of the spent casings recovered at the scene, Gregory said. Court documents said the gun was found in a backpack in the closet of one of the home's two basement bedrooms.

According to court documents, the gun was loaded with a magazine having a capacity of 17 rounds but contained only 15 unfired 9mm.