'How can you go home and sleep at night?': Oregon woman seeks justice after hit and run

Jennifer Gill said she checked both ways before crossing Columbia Highway, but she believes a driver accelerated, hitting her, and took off. 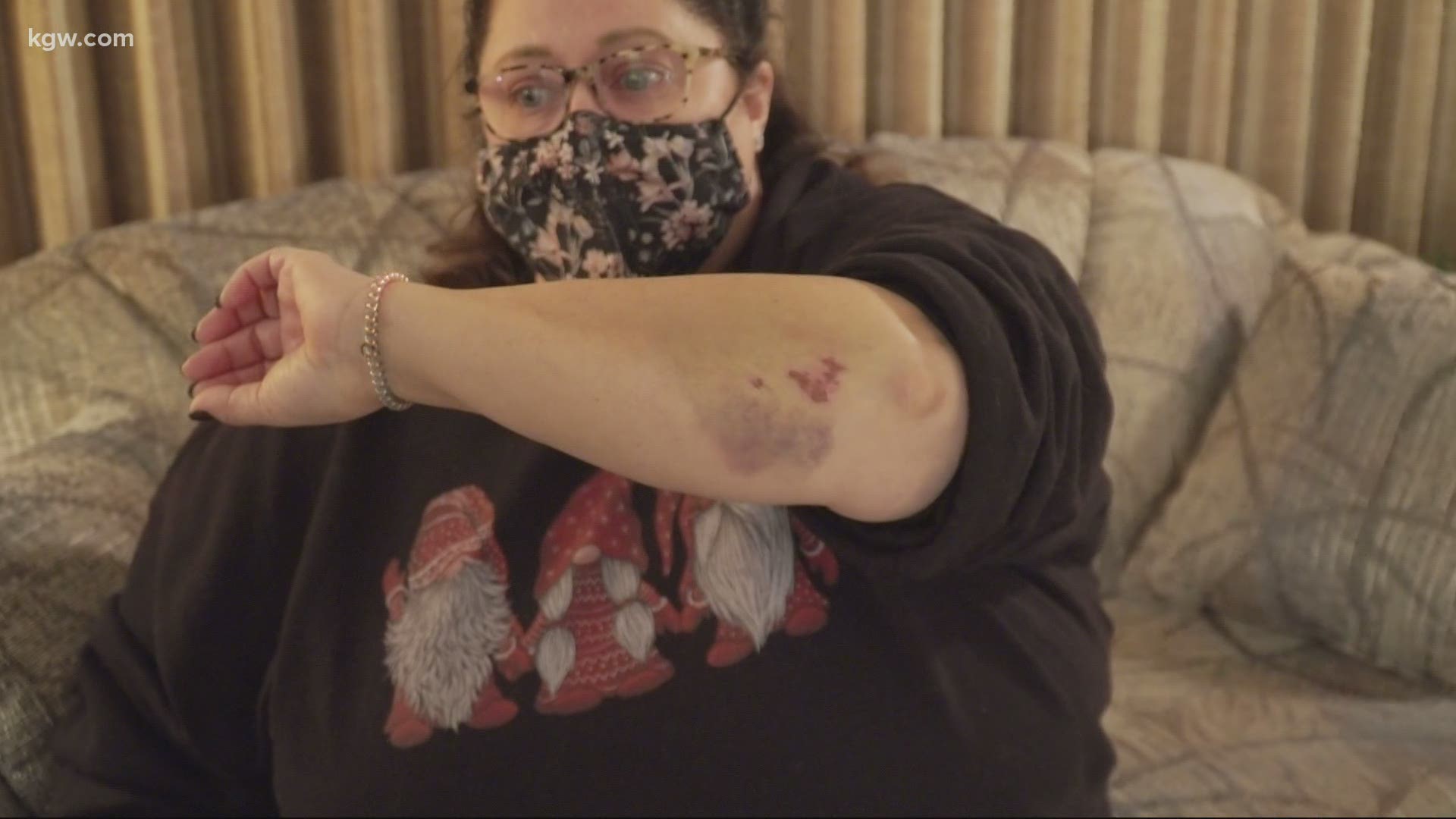 TROUTDALE, Ore. — A woman hit by a car on the evening of December 29 hopes someone can help identify the driver. Jennifer Gill described it as a rough end to 2020.

"Out with a bang," she said. She is left with cuts, bruises and a broken knee following the hit and run.

That evening, the nurse was leaving Columbia Gorge Salon & Spa in Troutdale.

"I looked both ways before I started crossing the street," Gill recalled.

With the coast clear, Gill made her way through the crosswalk on Columbia Highway toward Dora Avenue. Then she heard something.

"A car accelerating," Gill said. "I start to turn to look, and before I knew it, I was rolling on the hood of a car."

In what she described as a miracle, her head and face were protected as her arms and legs broke her fall on the pavement.

Gill said from what she could see, a silver-gray sedan stopped for a moment before the driver took off again.

"I was terrified, it was crazy," she said.

Multnomah County Sheriff's Office is investigating, taking tips from anyone who might know information about the driver. In the meantime, Gill had a message for that person:

"How do you go home and sleep at night? Because I'm not sleeping. I'm having nightmares every night," Gill said. "You don't know if I'm dead or alive. I'm alive, thank God it wasn't worse...But at least stop and claim responsibility."

At this point, Gill said she is not seeking any monetary compensation.

"I'd like to see them in jail," Gill said. "I don't want anybody else hurt like this."

However, through the hurt, Gill also finds gratitude to the witnesses who rushed to her side that night. "...Stood in front of me because traffic was still coming down the road," she described.

She hopes witness accounts and other community tips can yield some answers.

"Do you know anything? Do you see a car driving around with obvious front-end damage on the left-hand side?" Gill said. "It's not anything I'd wish on anybody"