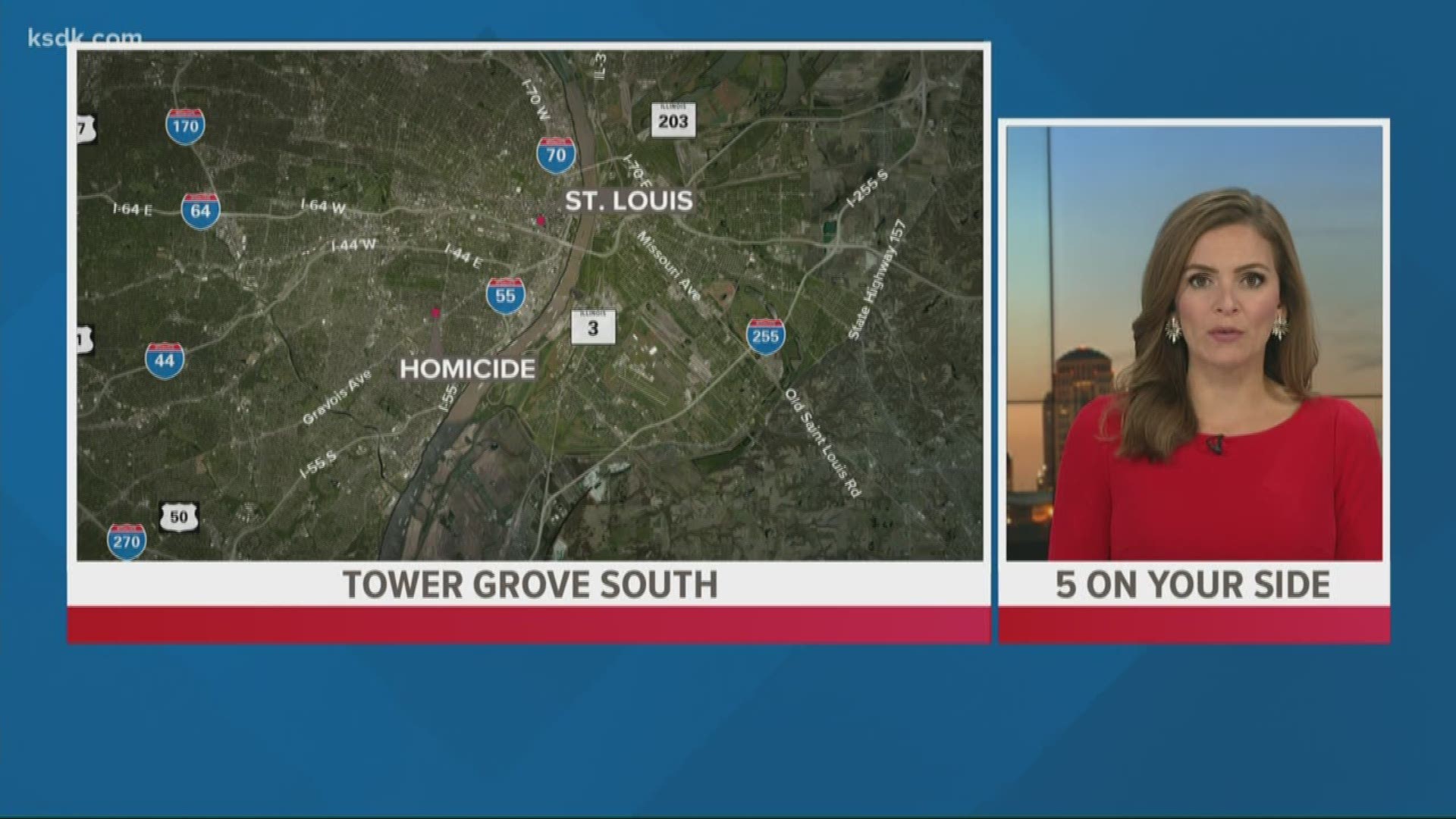 Officers responded to the 3500 block of Giles around 9:40 p.m. where a man was found inside a home with a gunshot wound. He was pronounced dead at the scene. Police identified him as 32-year-old Lee Beal.

As of September, this is Tower Grove South’s first homicide of 2019. In 2018, the neighborhood had three homicides.

Anyone with information should contact them at 314-444-5371 or to remain anonymous and possibly receive a reward can contact CrimeStoppers at 866-371-8477.

RELATED: 'They had a gun to his head and a gun to my head' | Mom and son carjacked on the way to school

RELATED: 'I felt bullets flying over my head' | Woman speaks out after capturing Normandy bonfire shooting on camera