The remains, believed to be those of Taryn Summers, were discovered days after she was reported missing from her home. 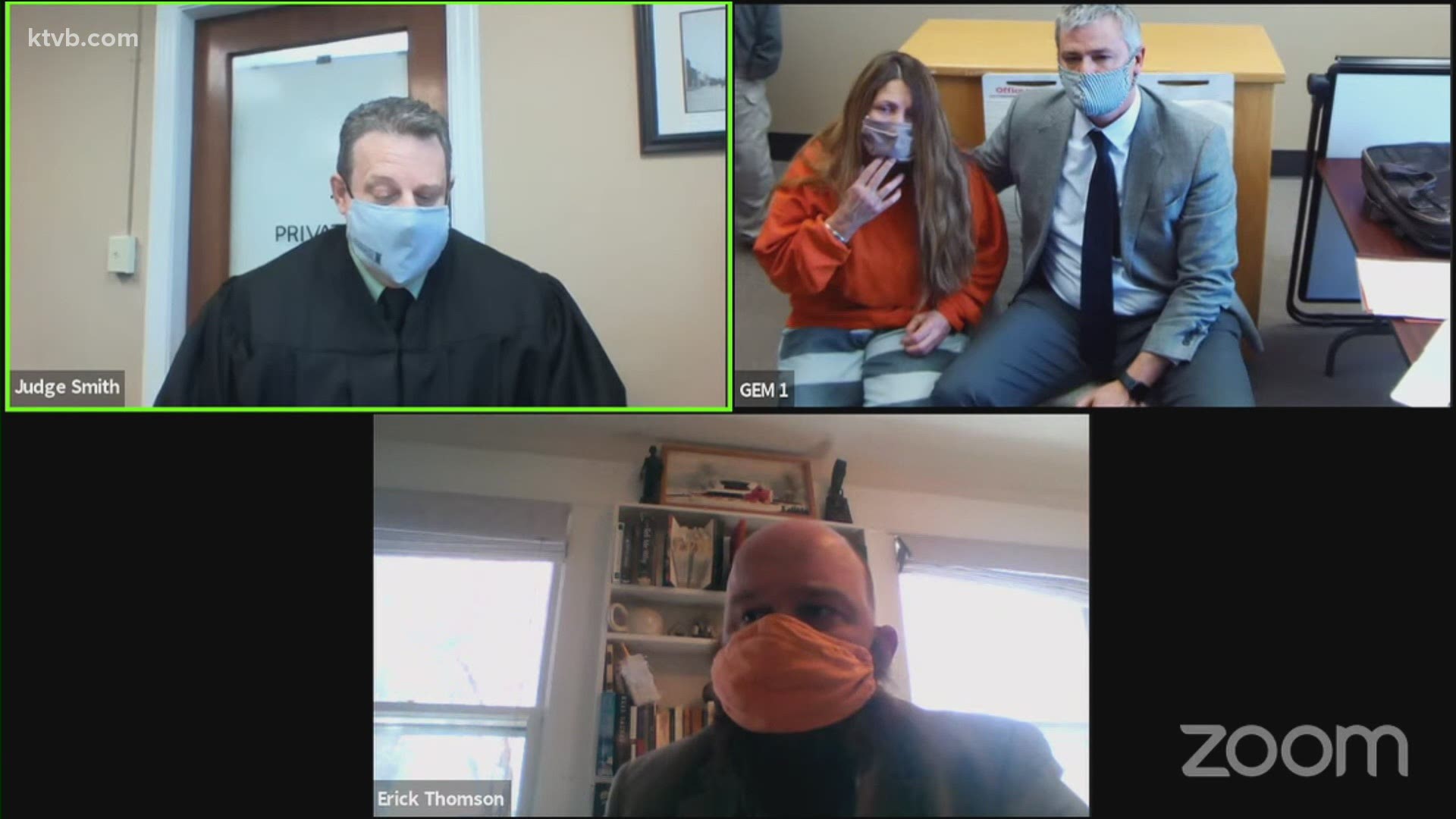 EMMETT, Idaho — The body of a missing 8-year-old from Emmett was discovered last week inside a trash bag in a car parked outside her own home.

The child's grandmother, 54-year-old Connie Ann Smith of Emmett, is charged with felony failure to notify of a death and destruction of evidence.

The dead girl is believed to be 8-year-old Taryn Summers, who was reported missing from her home along Airport Road on April 12. Investigators have not officially released the name of the victim - referred to by the initials T. S. in court documents - but the sheriff's office has told KTVB the body is believed to be that child.

According to court documents filed in the case, Smith told the Gem County Sheriff's Office on Monday that Taryn, who lived with her, had run away. Smith added that she had cut a section of carpet out of the girl's bedroom and burned it because Taryn had defecated on the carpet.

Searches of the area on foot and by drone that day and the next turned up no sign of the missing girl.

On Wednesday, Idaho State Forensic crews returned to the house, ultimately discovering a small spot of blood on Taryn's bedroom wall. Another search of the property led investigators to a black Lexus parked in front of the house. Although the car is registered to the suspect's son, she was seen driving it the day Taryn went missing, according to a probable cause affidavit.

Taryn's body was found in a black plastic trash bag on the floor of the car's second row. Vomit was smeared on her shirt and in her hair, investigators wrote.

According to the probable cause affidavit, Smith had driven that car to the HeadStart preschool in Emmett the morning of April 12, where Taryn was seen apparently sleeping in the backseat. After driving the car back to the house, Smith carried the girl inside, according to the court document.

Detectives were also told that Taryn was made to stay in her bedroom "because of some type of punishment," according to the affidavit.

An official cause of death in the case has not yet been released.

Smith was originally booked into the Ada County Jail on a charge of first-degree murder, but is not currently facing any murder charge. Smith was later transferred to the Gem County Jail. She could face up to 10 years in prison on the failure to notify charge, and up to five for destruction of evidence.

Prosecutor Erick Thomson said at Smith's Monday arraignment that additional charges are expected, calling the case "disturbing and egregious." He urged the judge to set bond in the case at $1 million or more, arguing that the defendant may be a flight risk.

Smith's attorney, Josh Taylor, asked for a much lower bond, telling the judge that his client has significant ties to the area and no prior criminal history. He also noted that the defendant turned herself in after learning of the charges.

Judge Tyler Smith ultimately ordered the grandmother held on an $800,000 bond, ordering her to surrender her passport and undergo GPS location monitoring if she is able to get out of jail. The judge also ordered that Smith have no contact with children.

A preliminary hearing in the case is set for May 3.

RELATED: 'If you fail to act, that is when you have failed a child': Child abuse cases spiking amid pandemic