According to court documents, Tyler Rambo is accused of attempting to shoot another man on the Fourth of July and pointing a gun at a woman. 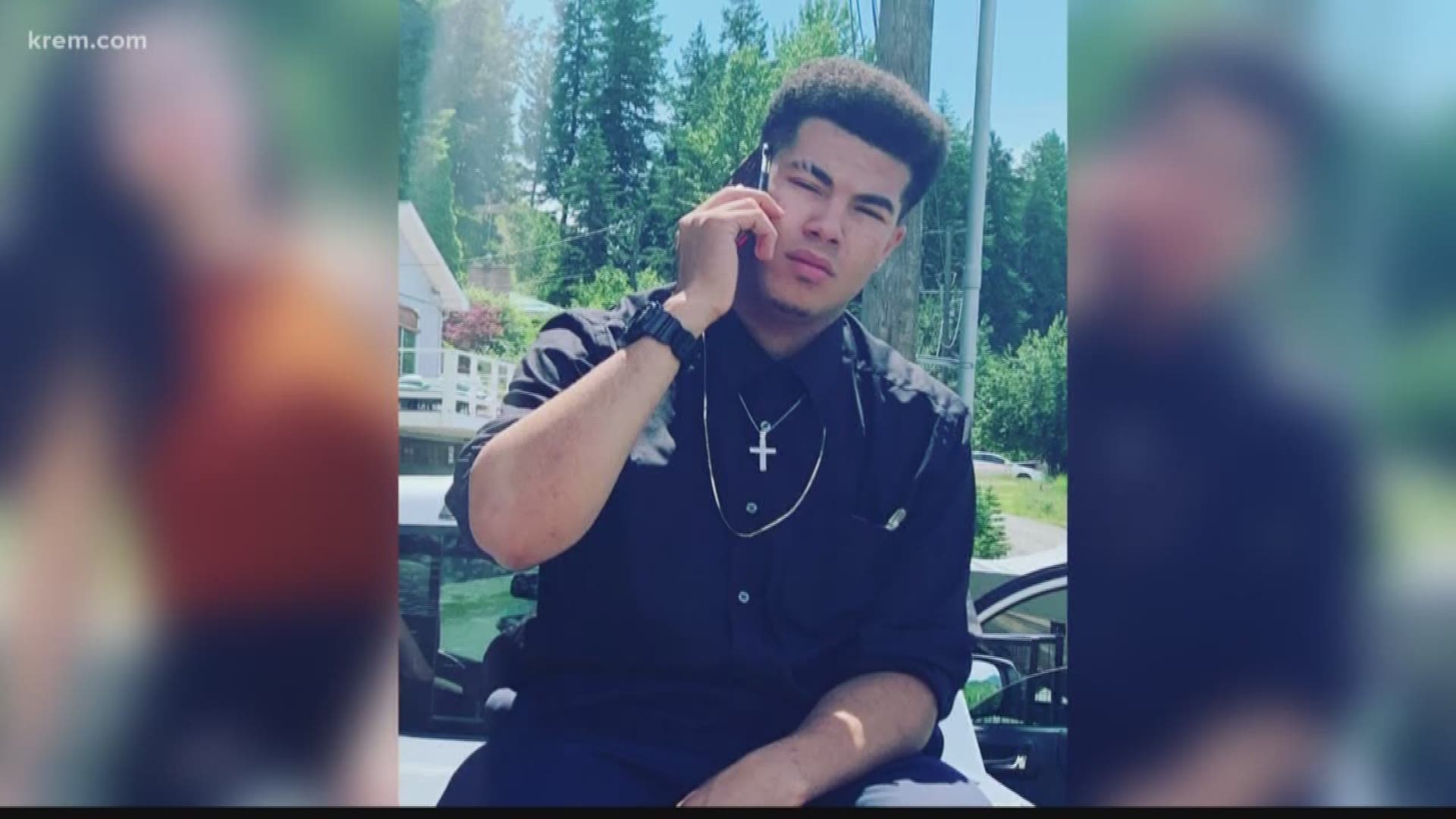 COEUR D'ALENE, Idaho — The man who was involved in an officer involved shooting at the Fourth of July celebration in Coeur d’Alene made his first court appearance Friday.

According to court documents, Tyler Rambo is accused of  attempting to shoot another man on the Fourth of July and pointing a gun at a woman.

Rambo appeared before a judge in a wheelchair, the aftermath of having parts of his legs amputated after being shot over two months ago.

Prosecutors asked to have some documents and the police report sealed in this case and a judge agreed.

A judge increased his bond to $1 million at the request of prosecutors. The judge also ruled that Rambo cannot go within a mile of the Coeur d'Alene Police Department.

When he was arrested Thursday, prosecutors allege that authorities found additional guns inside his home. Prosecutors said that a search of Rambo's phone showed that he had searched for ways to get more guns.

Rambo shook his head to that, calling it "ridiculous." His lawyer said they hadn't seen police reports yet, and argued that there's no way he'd be a flight risk if he were to bond out of jail.

Several family members and friends packed the courtroom and expressed dismay at the charges.

Coeur d’Alene Police said  Rambo was arrested Wednesday night for marijuana possession after a car he was a passenger in was pulled over for a traffic violation. They said he later bonded out of jail.

Rambo was arrested again Thursday on charges related to the incident on the Fourth of July, according to Coeur d’Alene Police. Online jail records show Rambo is being held on attempted murder and aggravated assault charges.

Coeur d’Alene Police said they have completed their investigation into the first shooting that occurred on City Beach and a warrant was issued for Rambo's arrest. Idaho State Police are separately still investigating the officer-involved shooting that followed. The shooting has not been ruled justified just yet, but the officers who were involved are back at work.

Rambo, was involved in an altercation at Independence Point where witnesses said he fired one round at a person, Coeur d’Alene Police Chief Lee White said back in July.

White said officers told Rambo to drop his gun at least 15 times during the chase and he refused. At one point, Rambo stopped and officers used a Taser on him. Rambo then leveled his weapon horizontally, firing one shot then officers opened fire, White said.

White said initial reports show Rambo may have been hit 10 times. A .357 revolver was recovered near Rambo, White said.

White said officers are still searching for a person who may have been injured during the first incident at Independence Point. He said witness reports have led them to believe someone else may have been shot in the leg.

Rambo faces a maximum of 50 years in prison if convicted.