The former Idaho gubernatorial candidate suddenly reached out to KTVB on Saturday revealing new details of law enforcement's search into his home. 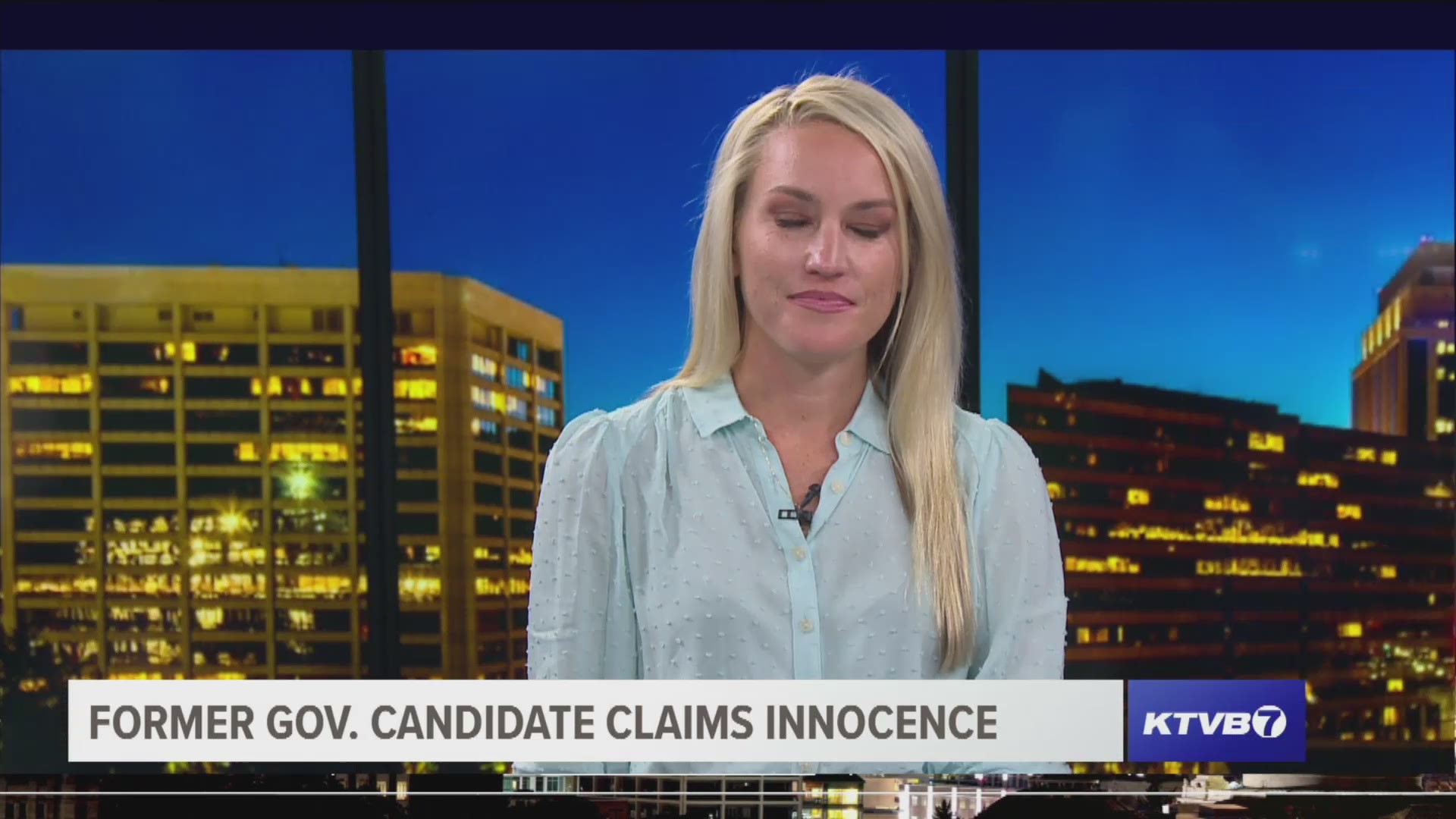 BOISE, Idaho — Former Idaho gubernatorial candidate Steve Pankey is again claiming he's innocent. Pankey is a person of interest in a cold case homicide out of Colorado, according to Greeley Police.

The case is on Jonelle Matthews, who was 12 years old in 1984 when she went missing. Earlier this year, nearly 25 full years since she had last been seen, her body was found at an oil and gas site not too far from where she lived.

She went missing on December 20, 1984. That same night, Pankey said he was home with his then-wife and son, and they were getting ready to drive to California for Christmas. It wasn't until six days later, on his way back to Colorado, that he heard she was gone.

Pankey sat down with KTVB in September and laid out everything he remembered about the case, and how he got involved. On Saturday, he sent a statement to KTVB to reiterate he’s innocent and wanting to clear his name.

“I've been told that the 51-minute interview I did with you and Channel 7 was kind of all over the place, and a little scattered in my thoughts,” he said. “I wanted to make a more concise overview of the entire case as I saw it from my perspective.”

In the statement, Pankey states that Matthews disappeared from her Greeley, CO home and that it was found in July 2019, “in an area known and regularly patrolled by law enforcement.” The statement continues with him saying the community deserves to know who did this, and why.

He then lists some persons of interest. He has four names on his list starting with Russ Ross, Greeley Mayor John Gates, GPD Chief Mark Jones, and himself. He then begins to mention the events that happened to him on the night Matthews vanished.

“On December 27th, Steve’s father in law related a cop needed a body to be buried. On or about January 3, 1985, Steve made a statement to Fort Collins FBI Special Agent Lyons in order to avoid a possible obstruction of justice charge,” the statement reads.

Pankey claims he's innocent, and in his statement, he said he believes police are manipulating evidence to make him look guilty. One example he said is the probable cause affidavit for police to search his Twin Falls home.

"It states that I am associated with that property that she was found on where they're doing the gas drilling and gas digging near Lasalle and that is a blatant lie,” he said. “I don't think they have a really good suspect, and I'm somebody they don't like so I think that's it.”

"31 days ago, they searched my house, took a whole bunch of stuff and I'm still at home so obviously in all my stuff they've found nothing connecting me to it,” he said.

Pankey said the police took a DVD from him. That DVD was his son's memorial, his son was murdered in Phoenix, Arizona in 2008.

“My son told me that Detective Prill had said to him that he was told, Prill was told that at my son's memorial service I stood over the ashes and the urn,” he said. “And stated something about I hope this didn't happen because of Jonelle Matthews.”

That thought never crossed his mind, and those words never came out of his mouth, he said.

Greely police Cmdr. Roy Smith told 9News that Pankey had made repeated efforts to speak with detectives regarding the case. Detectives from Greeley traveled to Twin Falls, Idaho last month to talk to Pankey, but he refused to answer questions. Pankey told KTVB the police have focused on him as a person of interest since shortly after Matthews went missing.

He voluntarily submitted a DNA sample to police, in a further effort to prove he is innocent, according to Pankey.

KTVB reached out to the Greely Police Department several times for comment on Saturday. They did not immediately respond for comment on the accusations made by Pankey.

Hispanic 12 year old Jonelle Matthews disappeared from her Greeley, Colorado home on December 20, 1984. Her body was miraculously found July, 2019, in an area known and regularly patrolled by law enforcement. Whether her death was First Degree, Second Degree, or Third Degree murder, she tragically lost her life. The innocent: Jonelle and birth mother Terry Martinez. In August 2019, Jonelle was buried with human dignity.The community deserves to know who? Why?

On December 20, 1984, an unmarked WCS police car and a pickup pulled into Steve Pankey’s driveway at 6086 W 10th St. The Pankey family was at Big Bear Lake, California from December 21 through December 26. On the late evening of December 26, Steve Pankey first heard Jonelle Matthews existed / disappeared from his 1980 Toyota Corolla radio. Steve’s only knowledge of Miss Matthews is from media reports. On December 27th, Steve’s father in law related a cop needed a body to be buried. On or about January 3, 1985, Steve made a statement to Fort Collins FBI Special agent Lyons in order to avoid a possible Obstruction of Justice charge. In 2019, police dug holes on Pankey’s former property and found no evidence. July 2019, Miss Matthews's body was found in a remote area that had no connection to Steve Pankey.

(Now defunct) White Nationalist cult Sunny View Church of The Nazarene member Russ Ross and his daughter were the last known people to see Jonelle enter her home. Russ had special, specific knowledge that Jonelle was to be home alone for a specific period of time. Russ Ross was Steve Pankey’s abusive supervisor at Greeley 7UP.

Major John Gates parents used to own Greeley 7UP. In 1979 Steve Pankey’s wife was pregnant with their oldest child. GPD officer Gates tried to get Pankey fired from 7UP because of a failed 1977 date rape charge. Gates / Ross filed a failed misdemeanor charge against Pankey. Gates and Ross had an ongoing thing for Pankey.