Makayla Young, 24, was afraid Anthony Fuerte was going to kill her because "he believed she had set him up to be arrested" on a DOC warrant, court records say. 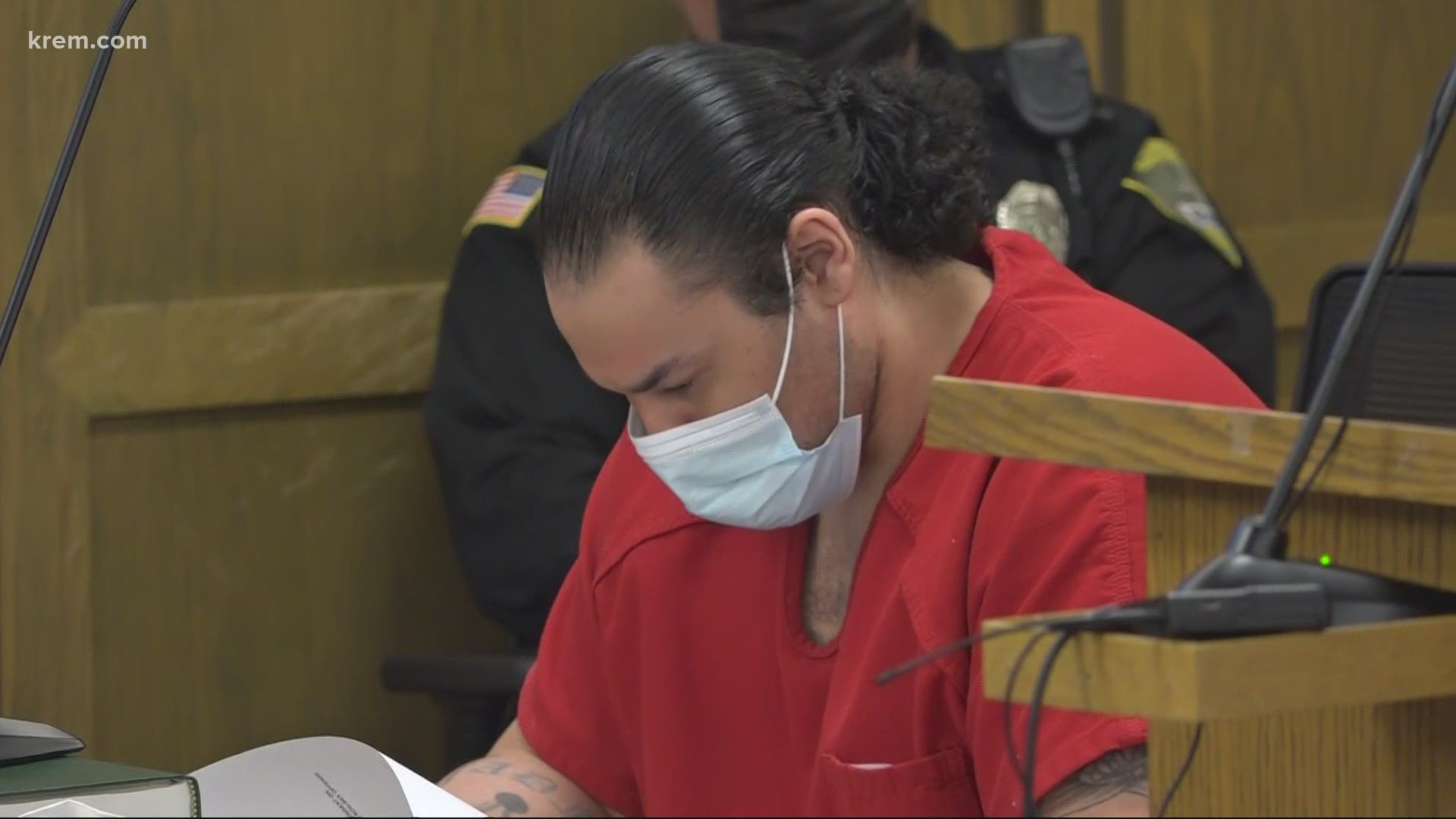 A woman killed in a 2020 stabbing at the Rodeway Inn Motel in Spokane feared that the suspect would kill her over an unrelated arrest, according to court records filed as part of the prosecution's motion to admit evidence in the case.

Makayla Young, 24, was found dead on Feb. 28, 2020 from multiple stab wounds and the Spokane County Medical Examiner later ruled her manner of death as homicide. Two men, Anthony Fuerte and Lionel White, were charged in relation to Young's death.

Fuerte faces premeditated murder and robbery charges in Young's death. He was set to have a plea hearing on Friday, April 23, but it was canceled at the last minute because Fuerte had questions and concerns about the plea deal.

Fuerte’s attorneys and the prosecutor said on Friday that the deal will remain on the table and they want to reschedule the plea hearing for next week. If Fuerte does not take the plea deal, the case will go to trial in mid-June of 2021.

Anthony Fuerte faces premeditated murder and robbery charges for the death of 24 yo Makayla Young in February 2020. His plea hearing was struck at the last minute today because he changed his mind. @KREM2 pic.twitter.com/X4hdYnL7Am

Investigators learned that Fuerte and Young were in a romantic relationship, court records say. On Feb. 6, they got a ride from a man identified as Joshua Thomas whose vehicle was pulled over during a traffic stop.

During the stop, an officer arrested Fuerte on a Washington Department of Corrections warrant. Young and Thomas were released and Fuerte was booked into the Yakima County Jail, according to court records.

Young was afraid Fuerte was going to kill her because "he believed she had set him up to be arrested," court records say. Fuerte and Thomas also had different gang affiliations.

On Feb. 25, 2020, Fuerte was released from the Yakima County Jail and returned to Spokane. Later that day, he called Young and said he wanted to get together. During the call, he told her, “Now I want to talk to you about what happened that night," court records say.

Young and a friend met up with Fuerte at a 7-11 in downtown Spokane later that night. Fuerte had a friend with him, identified as Lionel White, who was armed with an axe handle, court records say.

Fuerte gave Young a “bloody meth needle” and tried to get her to go to Portland with him. Young’s friend ultimately convinced her to stay in Spokane, as she believed Fuerte would harm Young if she went with him, according to court records.

Fuerte and White got a room at the Rodeway Inn on Houston Avenue in Spokane on Feb. 26, 2020 and checked in at about 11 p.m. that night, court records say.

Young went to the room at about 1 a.m. on Feb. 27, according to court records. Police officers responded after receiving a call around the same time from the room below stating that a man and woman were arguing.

White, who was leaving the room when officers arrived, said the occupant of the room was inside with a woman and told him to leave. Police checked the room and it did not appear that anyone was inside.

White set some bloody towels outside the room at about 11 a.m. on Feb. 27 and asked maids for additional towels.

At about 3 p.m. on the same day, police received multiple calls from people near the Rodeway Inn who reported that Fuerte, who was “covered in blood,” had attempted multiple carjackings, according to court records. Fuerte was arrested at a coffee shop on North Division Street after attempting to steal a car.

Young’s body was discovered inside of the hotel room at about 10:50 a.m. on Feb. 28. She had been stabbed multiple times and there was blood "sprayed around the room," court records say. It appeared as if someone had attempted to sever her head from her body.

Supporters have donated more than $10,000 to a GoFundMe campaign set up to support Young's family since her death.