Ada County Prosecutor Jan Bennetts said in a statement that the decision to ask for Timmy Kinner to be put to death came after months of "careful consideration." 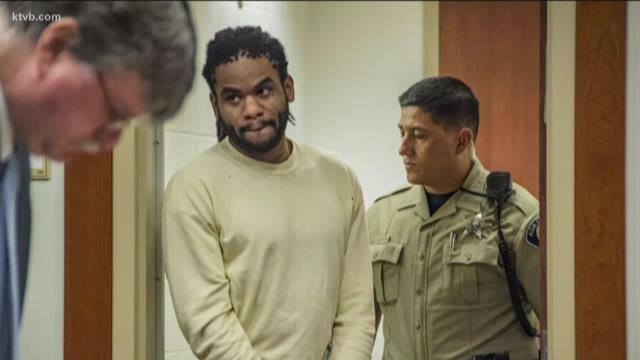 BOISE -- Prosecutors announced Thursday morning they will seek the death penalty for the man charged with stabbing a little girl to death and injuring eight other people in a bloody June rampage at a Boise apartment complex.

Timmy Kinner, 30, is set to go to trial in January for the murder of 3-year-old Ruya Kadir at her birthday party at the Wylie Street Station apartments in June. Five other children attending the party were also stabbed, along with three adults who tried to intervene.

In addition to the murder charge, Kinner also faces counts of aggravated battery, aggravated assault and use of a deadly weapon.

Ada County Prosecutor Jan Bennetts said in a statement that the decision to ask for Kinner to be put to death came after months of "careful consideration."

“My office, including two senior deputy prosecutors, victim-witness coordinators, an investigator and staff are working closely with the Boise Police Department and their assigned detectives. After careful consideration, we have concluded that pursuing the death penalty is appropriate in this case," Bennetts said. "It is important that we preserve the integrity of the case and let the criminal justice process take its course to ensure Mr. Kinner is afforded due process and receives a fair trial. For these reasons, we will make no additional public comments regarding this decision or the facts and circumstances of the case at this time.”

Kinner did not know any of the victims, and seemingly targeted Ruya's party at random, police have said. All of those injured in the attack were members of Boise's refugee community.

The suspect, who came to Boise from California shortly before the attack, had been staying with someone else at Wylie Street Station, but that person asked him to leave after becoming alarmed by his behavior.