Posing as a 13-year-old girl, he's one of the good guys

Rob Fowler likes to tell parents that in the hands of their children, technology is like a loaded gun: "You just wouldn't give them one and tell them to figure it out." 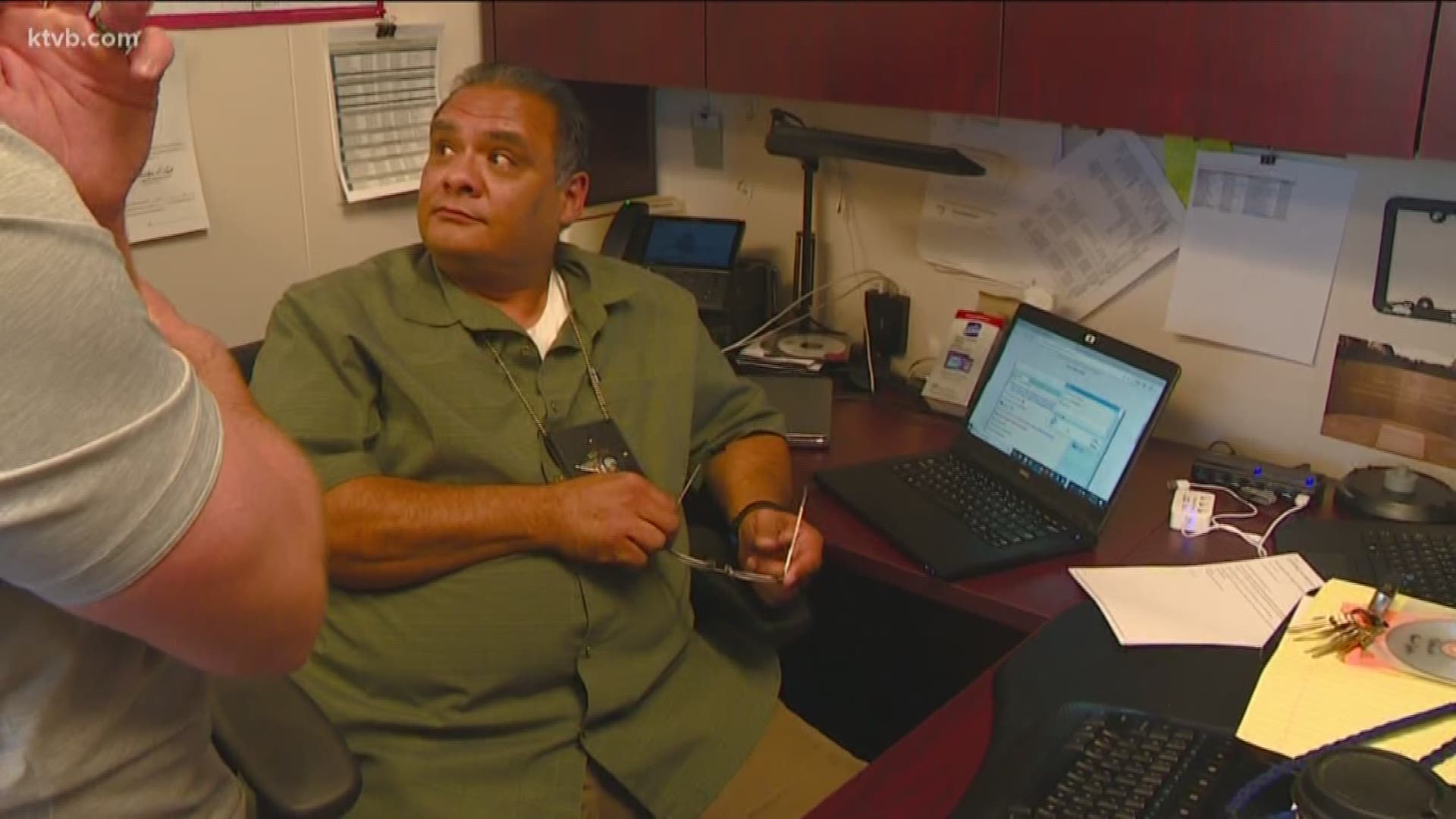 BOISE -- In the real world, no one would mistake Rob Fowler for anything other than a cop.

But for the last three and a half years, he's been a 13-year-old girl online - and the messages rarely slow down.

What ya doing right now

And then, the question that comes so often that Fowler can predict it out loud before it flashes across his screen:

As a member of Idaho's Internet Crimes Against Children Task Force, Fowler's job is to seek out and identify predators who target children online. It's a demanding role: His corner desk in the ICAC unit's downtown office holds a pile of cellphones and five computers, which he often uses to carry on multiple conversations at once.

He acts as a virtual-world equivalent of a traditional undercover officer, creating and operating numerous fake profiles of underage boys and girls on almost every social media and chat site. Sometimes, it takes only a matter of seconds to get a reply.

"Typically when I get online, I am so inundated with messages that I have to see, what I usually do is whittle it down to see if anybody is in the area," he said.

"These guys are masters of manipulation," he said. "What they'll do is they'll approach literally 100 kids in the morning and see what sticks to the wall."

Fowler is one of 17 members of the ICAC unit, a team operating within the larger Internet Crimes Against Children Task Force, which partners federal agencies like the Department of Homeland Security and the U.S. Marshals Service with local law enforcement and prosecutors.

The Idaho Legislature has approved funding for two more investigators to join the unit in July in response to ICAC's ballooning caseload.

ICAC Commander Steve Benkula said investigators fielded about 550 cybertips in 2017, up from roughly 300 in 2015. Most of those tips are routed to the unit from the National Center for Missing and Exploited Children.

"It's trending up as we speak, and it's always changing," Benkula said. "The technology is always evolving, and we have to evolve with it."

With newer and more complex smartphones coming out several times a year, and encryption technology increasing in sophistication, members of the ICAC unit are often left playing catch-up. In addition, investigators working undercover follow strict guidelines of what they can do and say. The unit does not use pictures of real children in their online work, instead relying on images of adults who look younger than their age, or age-regression technology.

In the online chats, Fowler said, he typically keeps his messages benign, allowing the other person to steer the conversation.

"We don't want to talk somebody into committing a crime," he said.

Building a case can be painstaking. In a March ICAC sting that led to the arrests of 11 men - including a Boise P.E. teacher - investigators spent months communicating with the suspects beforehand.

"You're working day and night because people when they chat, they don't chat from 8-to-5 Monday through Friday," Fowler said. "We go home and I'm sitting in the living room chatting, watching a program with my wife."

The work can take a toll. Investigators are required to view scores of graphic, heartbreaking images and videos - sometimes repeatedly - as they ready a case for prosecution. Nationally, the average ICAC investigator lasts in the job for just one year.

Benkula said the high burnout rate and investigators' mental health is a "huge priority." The unit is planning to implement yearly evaluations and work with local counselors to help members deal with the pressures of the job.

But both Fowler and Benkula said the work is worth it.

"The children can't speak for themselves, so we have to go out there and protect them as best we can," he said.

Parents are a crucial first line of defense when it comes to their kids' safety online. The very nature of ICAC's work means they are reacting to child predators' moves. By contrast, investigators say, parents have an opportunity to get ahead of the danger by talking about online safety and educating themselves on what apps and sites their children are using.

That can be a struggle for people who didn't grow up with smartphones, and have already seen their own children's intuitive grasp on technology outstripping their own.

READ: Do your kids like Musical.ly? So do traffickers and pedophiles.

But buying a preteen or teen the latest iPhone or tablet and leaving them to "figure it out" can be perilous, Fowler argues. He likes to compare technology to a loaded gun.

"You teach a child how to use a gun, right? But you just wouldn't give them one and tell them to figure it out," he said. "You would walk them through all the safety, how to use it. We should be doing the same thing with our phones."

For more information on how to protect your child against online predators, visit the links below:

Tune in to the News at 10 Monday night for an exclusive look behind the scenes of the undercover operation.