Fugitive in custody after standoff on Boise Bench

Officers shut down West Kirkwood Road while they attempt to negotiate with a man wanted on an out-of-state warrant. 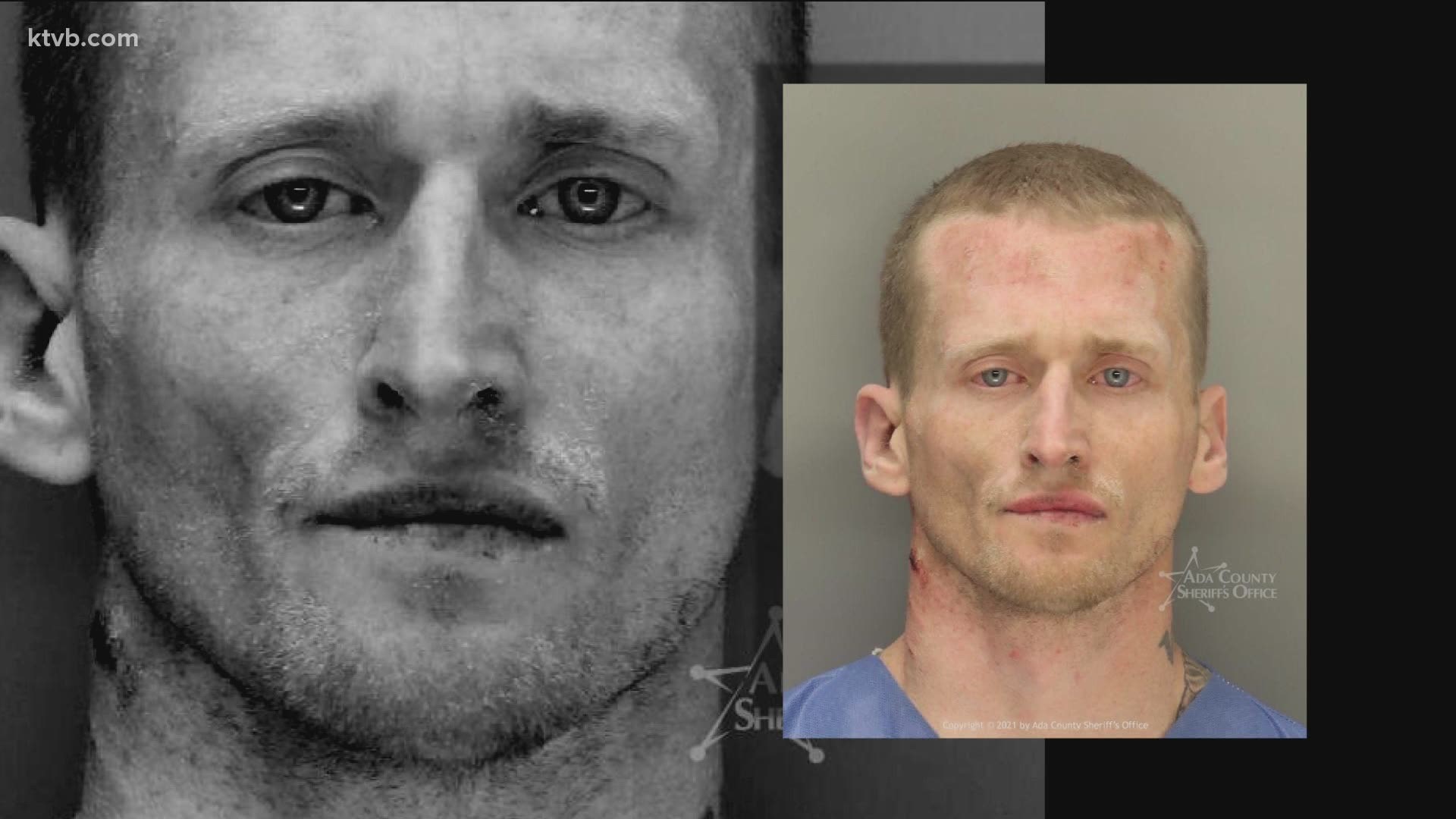 BOISE, Idaho — A Boise man is in custody after a lengthy police standoff at a home on the Boise Bench Wednesday.

Officers responded to a home on 6400 block of West Kirkwood Road around 2 p.m. to check for a wanted man.

Police say they were trying to arrest 33-year-old Matthew Mcintosh on an active warrant from South Carolina. He is known to have a violent history and was wanted on a felony charge. But officers say he refused to come out or surrender.

Around 4 p.m., after multiple attempts to contact Mcintosh, more police officers were called to the scene to secure the area. Negotiators tried to talk with the suspect, but he did not cooperate.

People who live nearby were asked to stay inside their homes and shelter in place while officers negotiated with the man.

West Kirkwood Road was blocked during the standoff.

After several more hours, officers warned the man that they would break a window and deploy gas into the residence. He still refused to exit the home and the gas was deployed.

A specialized team of officers entered the home along with a police K9. Officers found the man hidden in the crawl space. He continued to refuse to surrender and the K9 took the suspect into custody around 2 a.m.

"Our specialized team of officers used a number of different tactics to ensure the suspect could surrender peacefully before deploying any additional tools." said Captain Matt Jones. "There was a large police presence in this neighborhood last night and we want to thank the residents who were impacted for their patience and understanding as we worked to safely take the suspect into custody."

Mcintosh was taken to the hospital for evaluation before being booked into the Ada County Jail on a felony charge of being a fugitive to Idaho.

Police say there was no one else in the home during the incident.

The Code Red community notification system was used to notify residents in the area about the incident.

At 4pm officers responded to the 6000 blk of Kirkwood and are attempting to negotiate with a suspect wanted on an out of state warrant. There are no threats to the public. Officers closed W. Kirkwood to secure the scene. Those in the immediate area are asked to shelter in place.