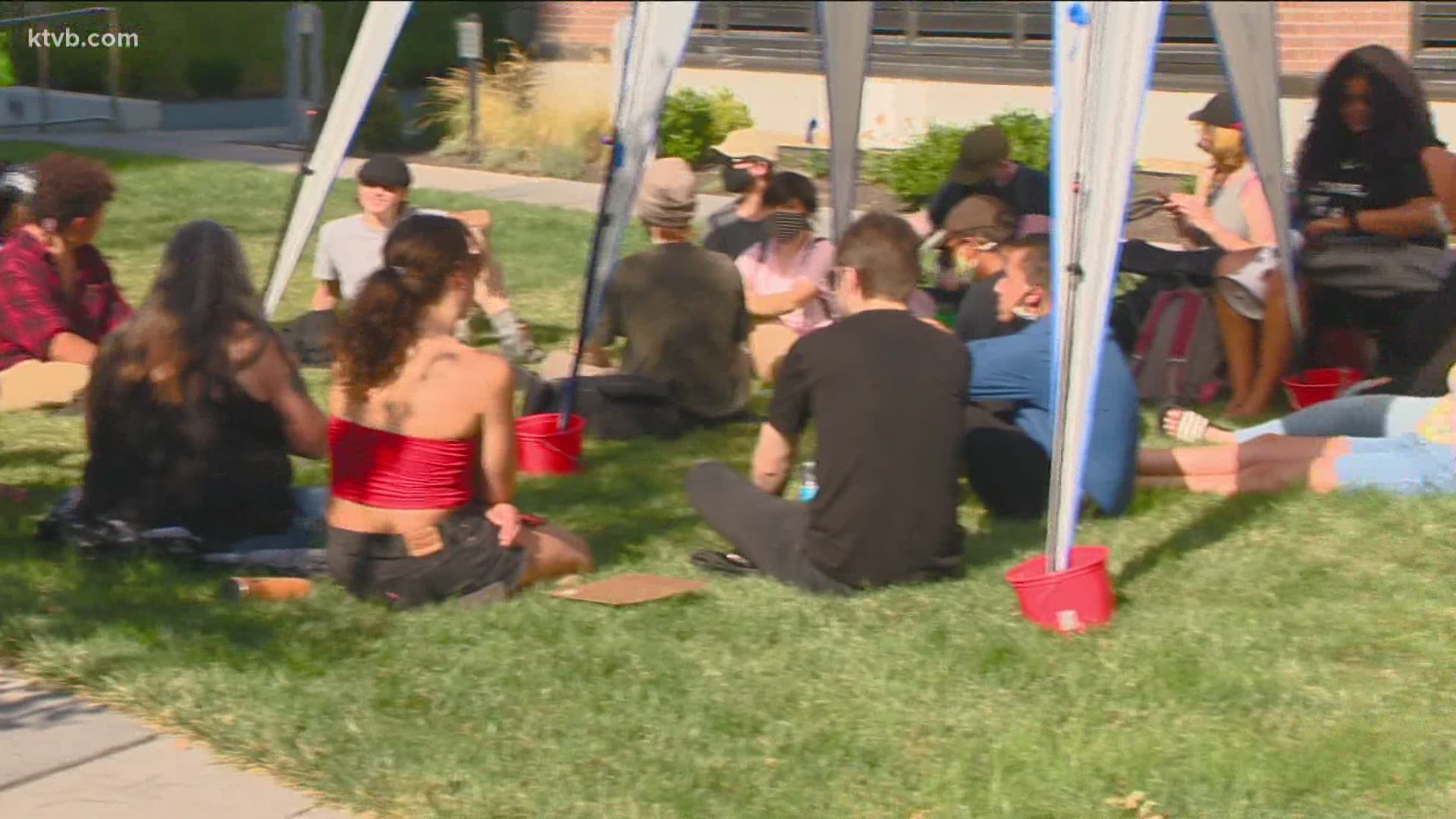 BOISE, Idaho — Protesters gathered outside of Boise City Hall Tuesday night in response to the Boise Police shooting of Mohamud Hassan Mkoma during a June confrontation.

Mkoma is currently in the hospital in stable condition. The three officers involved in the incident have been placed on paid administrative leave.

Officers sought information regarding the whereabouts of Mkoma in relation to a missing child at 6:22 p.m. on June 27, according to the Boise Police Department Twitter account. The tweet said officers had reason to believe the child, a 14-year-old, was in danger. KTVB is not sharing the name of the 14-year-old to protect the child's privacy.

While officers pursued Mkoma, they saw what they believed was a weapon being waved around inside the vehicle. Officers were eventually able to stop the vehicle.

When officers got out of their cars and confronted Mkoma, Lee said something happened that "compelled the officers to exercise force" and shoot him. Officials have not said what kind of weapon the suspect had, or confirmed whether he pointed or fired it at officers before being shot.

An investigation into the incident is currently underway and is being overseen by the Garden City Police Department.

Protesters at City Hall declined interviews Tuesday night, but have posted on social media that they want the truth to come out.