Witnesses say they saw the man holding up his cell phone over the top of a private dressing room. 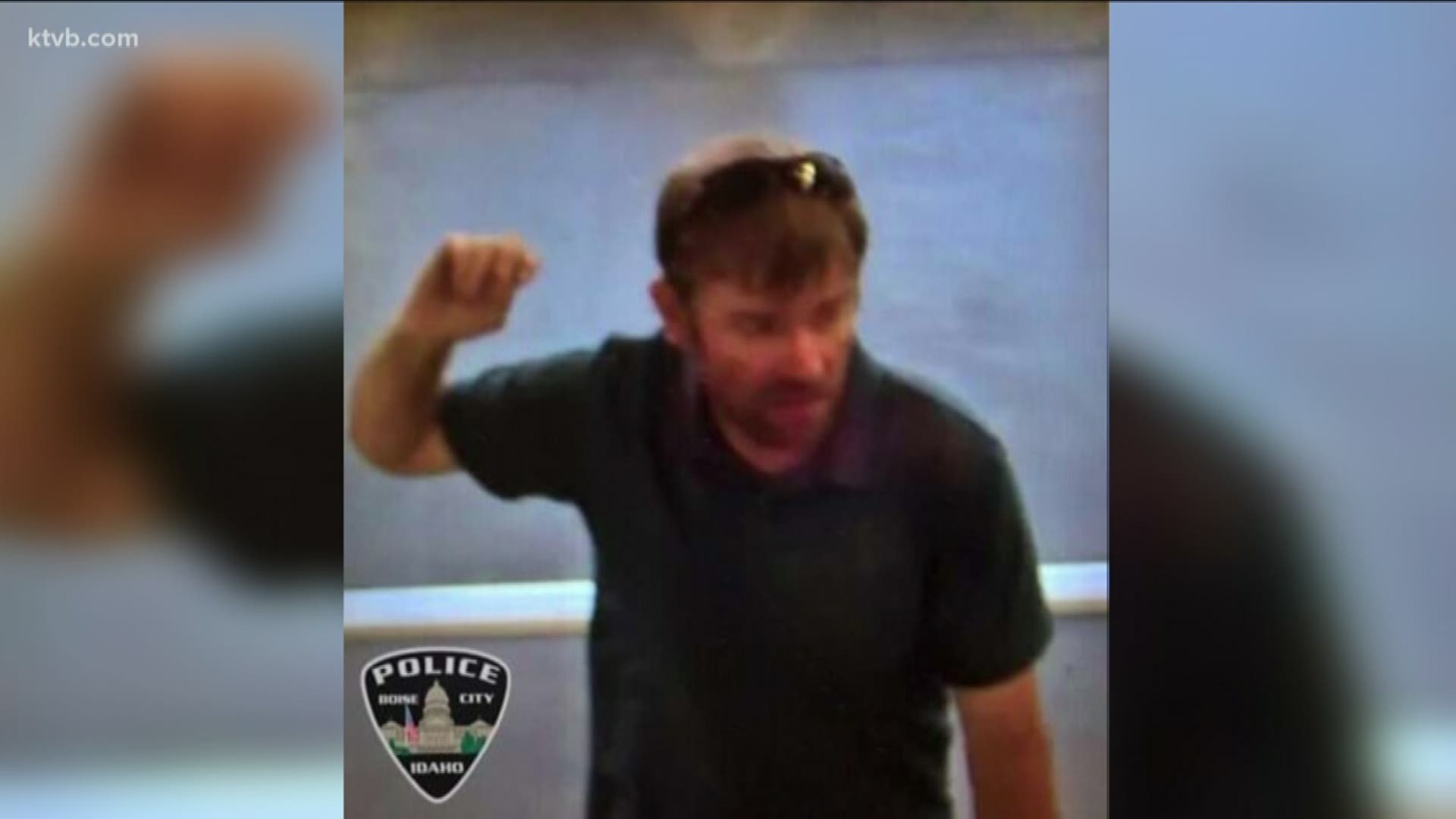 BOISE, Idaho — Police are asking for the public's help identifying a man who is suspected of trying to take photos or videos of someone changing at a local store.

The incident happened Friday inside a store near Milwaukee and Emerald streets. According to Boise Police, witnesses saw the man hold up his cell phone over the top of a private dressing room as if he was trying to record the person inside.

It's unclear where the man actually captured any video or photos of the victim. Police say he ran out of the store before officers arrived.

The suspect is described as a white man with dirty blonde hair that covers his forehead and a short, trimmed beard. He was wearing a green polo shirt, blue jeans and sunglasses on top of his head.

The incident is being investigated as a possible case of felony video voyeurism.

Anyone who recognizes the suspect or has any information is asked to contact Crime Stoppers at 208-343-COPS or www.343COPS.com.