Police: Man in custody after carjacking a vehicle, hitting an officer

The officer was taken to the hospital with injuries that don't appear to be life-threatening, police said. 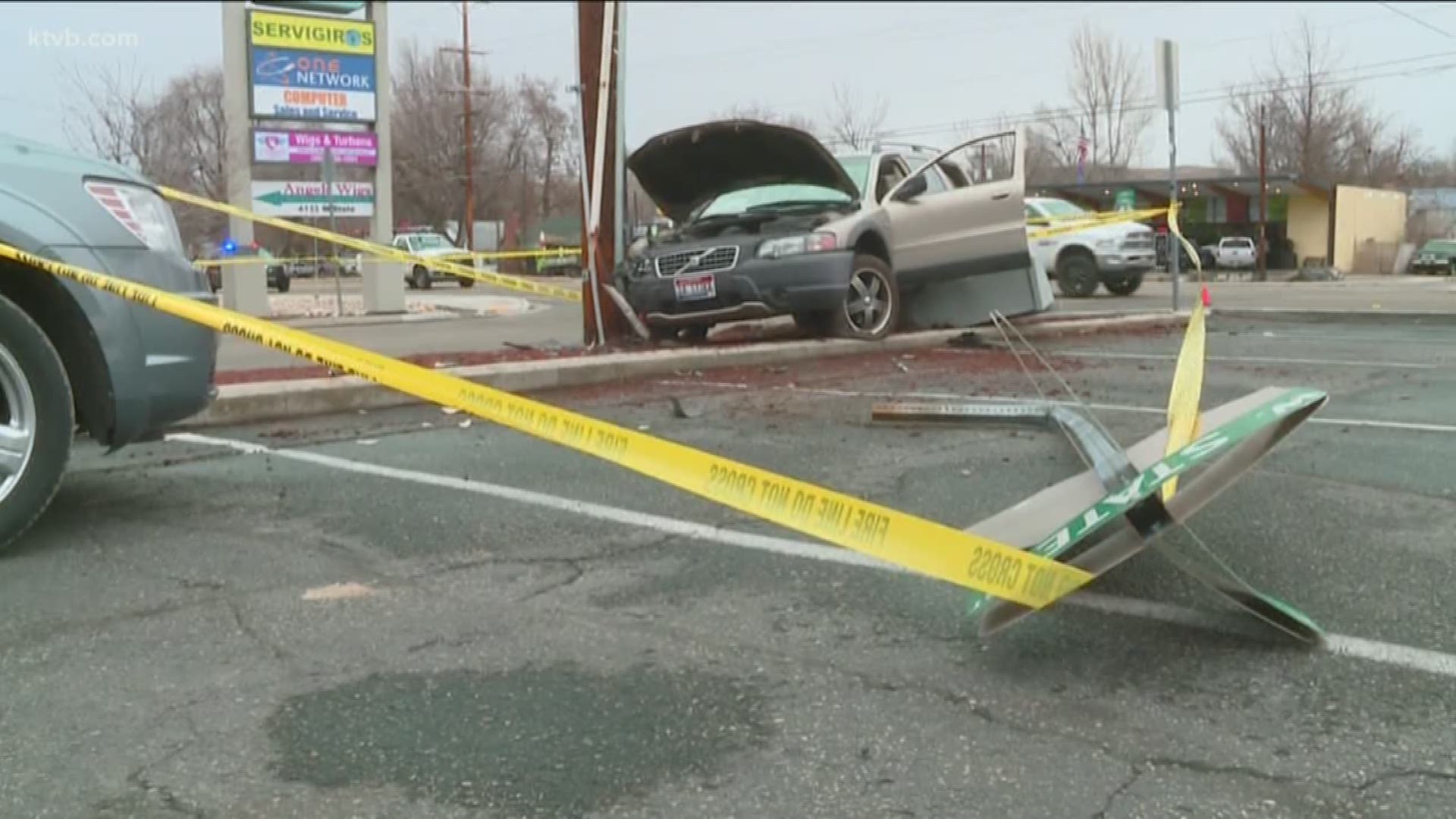 BOISE, Idaho — A man is in custody after police said he fled from officers that were attempting to arrest him on a felony warrant.

Boise Police say 31-year-old Lantz Reeves fled from police in a vehicle before he crashed into a utility box, then officers chased him on foot when they arrived at the scene.

While he was evading police, he carjacked an occupied car.

"Evidently she was just sitting in the car maybe making a phone call and he just jumped in," said Sandi Barclay, who was getting her hair done at Exclusives Salon next door.

The woman was able to get out of her car just as Reeves used her vehicle to hit a police officer.

"When the cops tried to approach him he tried to open the door and hit the gas and then the door messed up the side of my car and he ran into the police car behind him," Barclay said.

"I just heard him say just shoot me because the police officers were holding him down in the car, I walked out and could see them," Younger said.

Crime Stoppers listed Reeves as one of the Treasure Valley's Most Wanted on Dec. 31, 2019.

The officer was taken to the hospital with injuries that didn't appear to be life-threatening and was later released, Boise Police said.

Officials said the incident happened at about 12:15 p.m. Monday in the area of State and Fargo Streets in Boise.

Officials have not released what the man had a felony warrant out for.

Man in custody after running police, crashing one car, carjacking and crashing another