The Ada County Coroner’s office is delivering a mass casualty refrigeration trailer to store bodies that were being held at the business during the investigation. 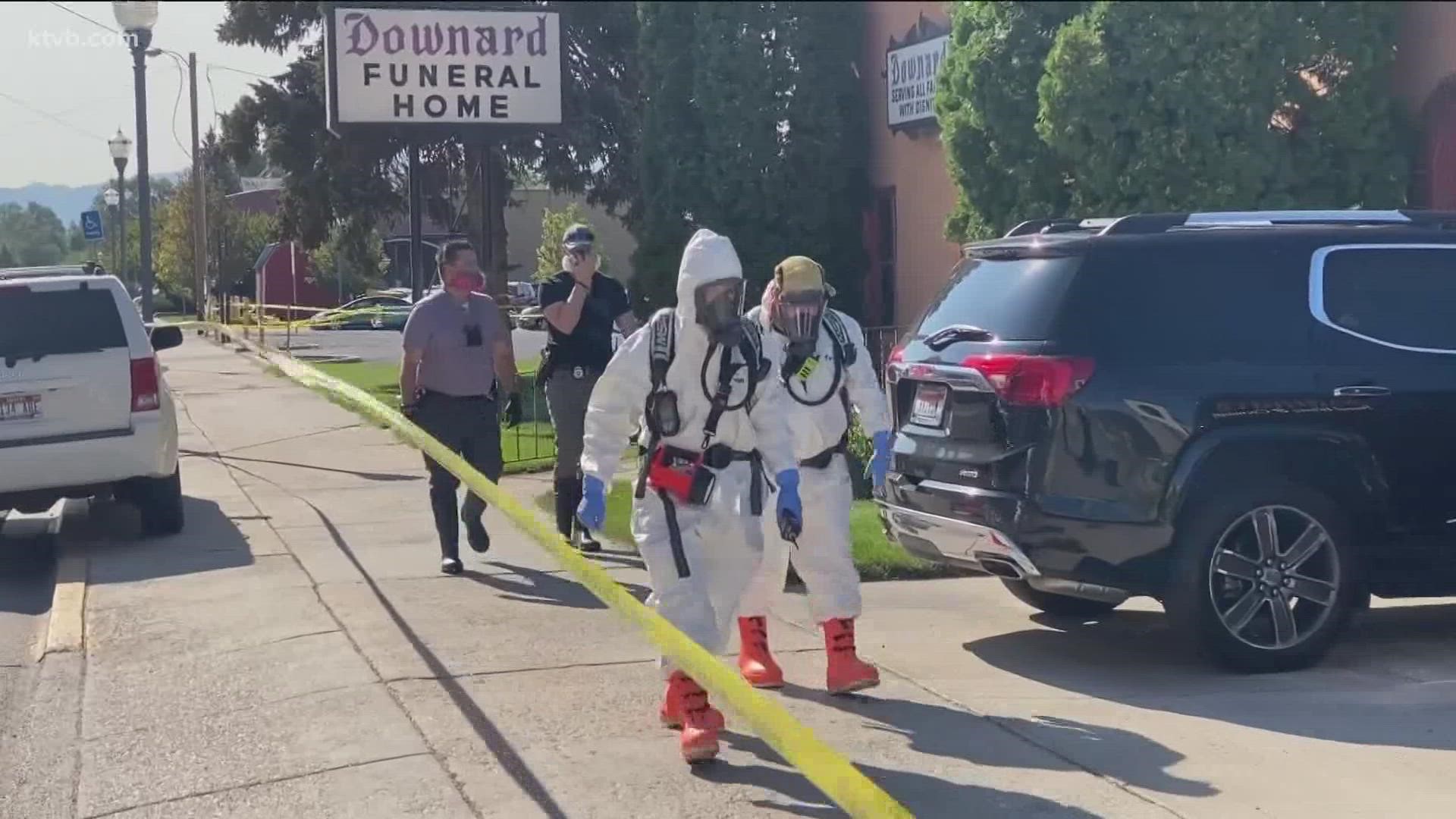 POCATELLO, Idaho — Police in Pocatello are investigating a local funeral home after they said a state health inspector contacted them about the business and a badly decomposed body was found there Thursday.

The Idaho State Journal reports the Ada County Coroner’s office is delivering a mass casualty refrigeration trailer to the Downard Funeral Home to store the bodies that were being held at the business during the investigation.

Few details were available about the investigation, and the funeral home’s owner couldn’t be immediately reached for comment. A call to the business went unanswered Friday.

Police served a search warrant at the business on Friday after finding what they called "suspicious circumstances."

An NBC affiliate in Pocatello, KPVI, reported people in hazmat gear coming and going from the funeral home.

The public is being asked to avoid the area out of respect for family members who have loved ones at the funeral home.