The driver of a yellow Ford Mustang struck 11 vehicles in a downtown Boise parking garage before fleeing the scene on Friday night. 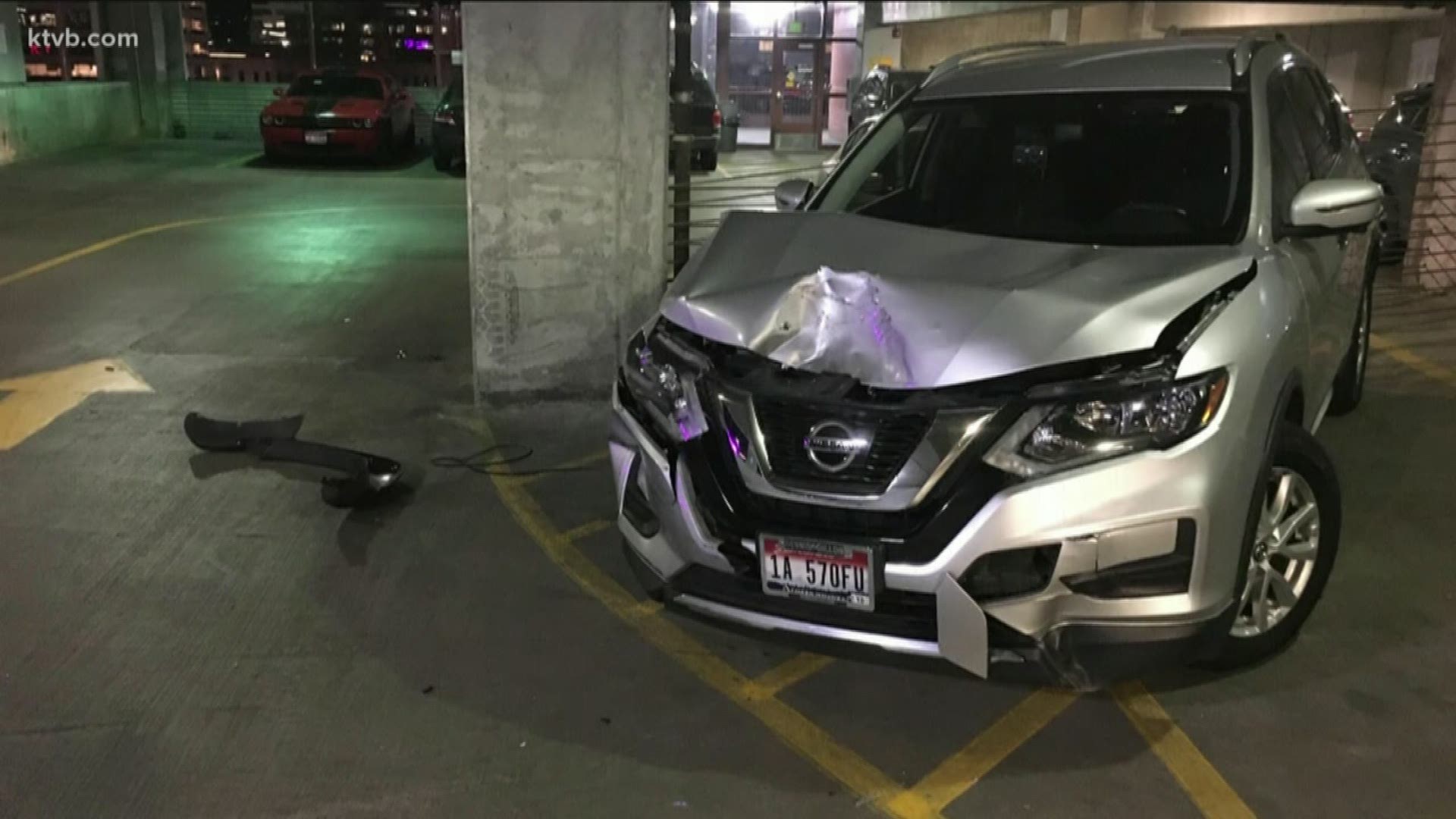 BOISE, Idaho — Police responded to a hit-and-run crash that happened in a downtown Boise parking garage around 8 p.m. on Friday.

Investigators said the driver of a yellow Ford Mustang hit 11 vehicles, one of which was a truck that was dragged through the parking garage by the Mustang.

After crashing into 11 vehicles, the driver fled the scene, police say.

Officers said they found the suspect's vehicle near West Eastover Terrace and found damage to a traffic control light and a light pole. Police did not find the suspect at the scene.

Police identified the registered owner of the Mustang has Damariea Dawkins. Police are hoping to speak with Dawkins and said he is a person of interest during this ongoing investigation.

A man at the parking garage caught the hit and run crash on camera and shared it on Facebook. The video has over 45,000 views.

Warning: The video below has strong language that may not be suitable for all viewers. Viewer discretion is advised.

RELATED: 'He bounced over me three times': Hayden hit-and-run victim recalls being run over