The suspect forced his way into a woman's home with a gun and fled into the desert off of Swan Falls Road. Police negotiated with him for nearly four hours before he was taken into custody. 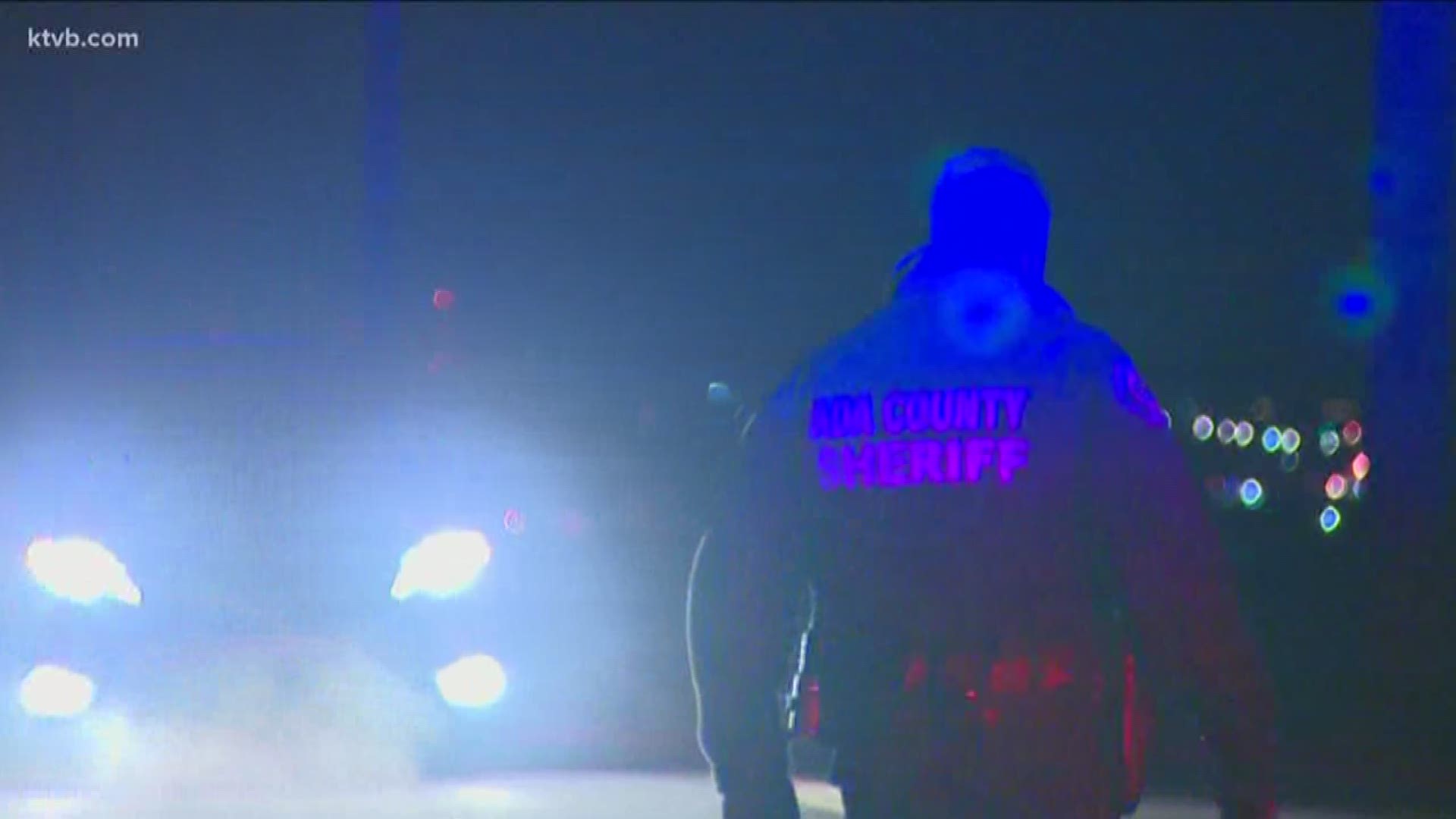 MERIDIAN, Idaho — A Nampa man is in custody after police say he forced his way into a woman's home and threatened her with a handgun in Meridian Sunday.

Jefferson Griffith, 53, is charged with two counts of aggravated assault with a deadly weapon, unlawful entry, malicious injury to property, resisting and obstructing, battery, and violation of a no-contact order.

The woman had a no-contact order against the suspect. Police responded to the 5000 block of South Meridian Road at about 3 p.m., only to find that Griffith had already run away after a fight with someone else in the house.

Investigators were able to track the suspect to an area in the desert south of Kuna. Ada County Metro SWAT Team, Meridian Police and the Ada County Sheriff's Office, and Idaho State Police were on scene for the negotiations.

Meridian Police say paramedics and crews from the Kuna and Meridian fire departments were on scene as a precaution.

After a standoff that stretched for several hours, Griffith was taken into custody just before 8 p.m. and booked into the Ada County Jail.

The suspect is due to appear in court Tuesday.