Police say they will seek restitution for the damage at Morris Hill Cemetery. 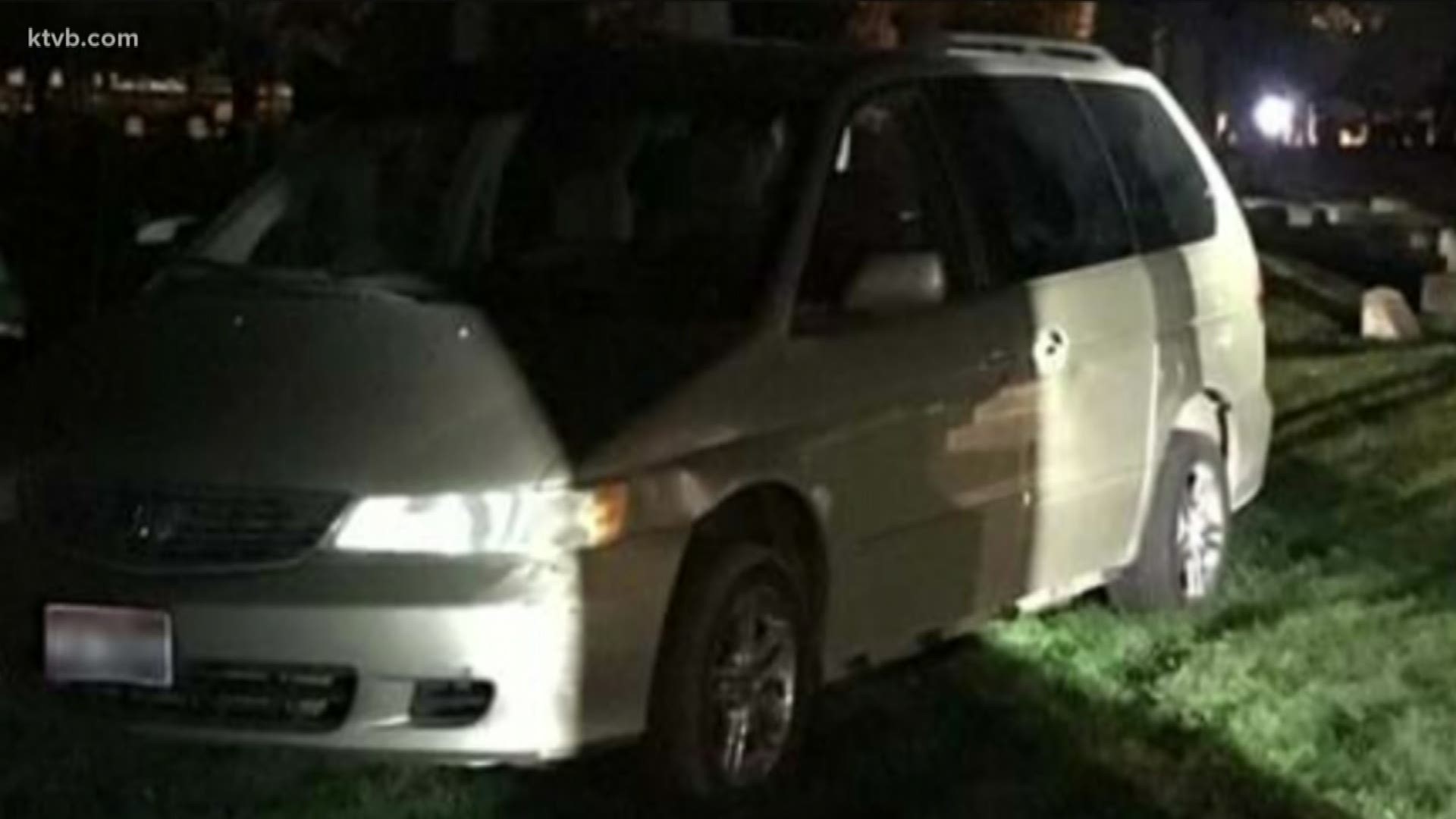 BOISE, Idaho — A Boise man is facing a felony charge after police say he ran over multiple headstones at the Morris Hill Cemetery Monday night.

The incident happened at about 10 p.m. at the cemetery, located on the Boise Bench.

Officers responding to a report of damage at the graveyard found a minivan inside the cemetery, lodged on top of a headstone. The van had driven over several more grave markers, damaging them.

The driver, identified as 49-year-old Anthony R. Pape of Boise, was asleep behind the wheel, police say. He was arrested at the scene and booked into the Ada County Jail on a felony charge of malicious injury to property.

Investigators say Pape did several thousands worth of damage to the headstones.

"A cemetery is a very special place for the families of loved ones lost," Boise Police Sgt. John Terry said in a statement. "When someone does damage in a hallowed place like this, we take it very seriously and find those responsible. In this case we are happy that no one was hurt and that we were able to arrest the man suspected of causing the damage.  We will seek restitution in this case and the cemetery is working with the victims to make things right and put the headstones back in place as quickly as possible."

It's unclear why Pape's van ended up in the cemetery. His arraignment is set for Nov. 15.

Malicious injury to property carries a punishment of up to five years in prison.