A woman assaulted and robbed a convenience store clerk, police said, before leaving the store with her male accomplice. 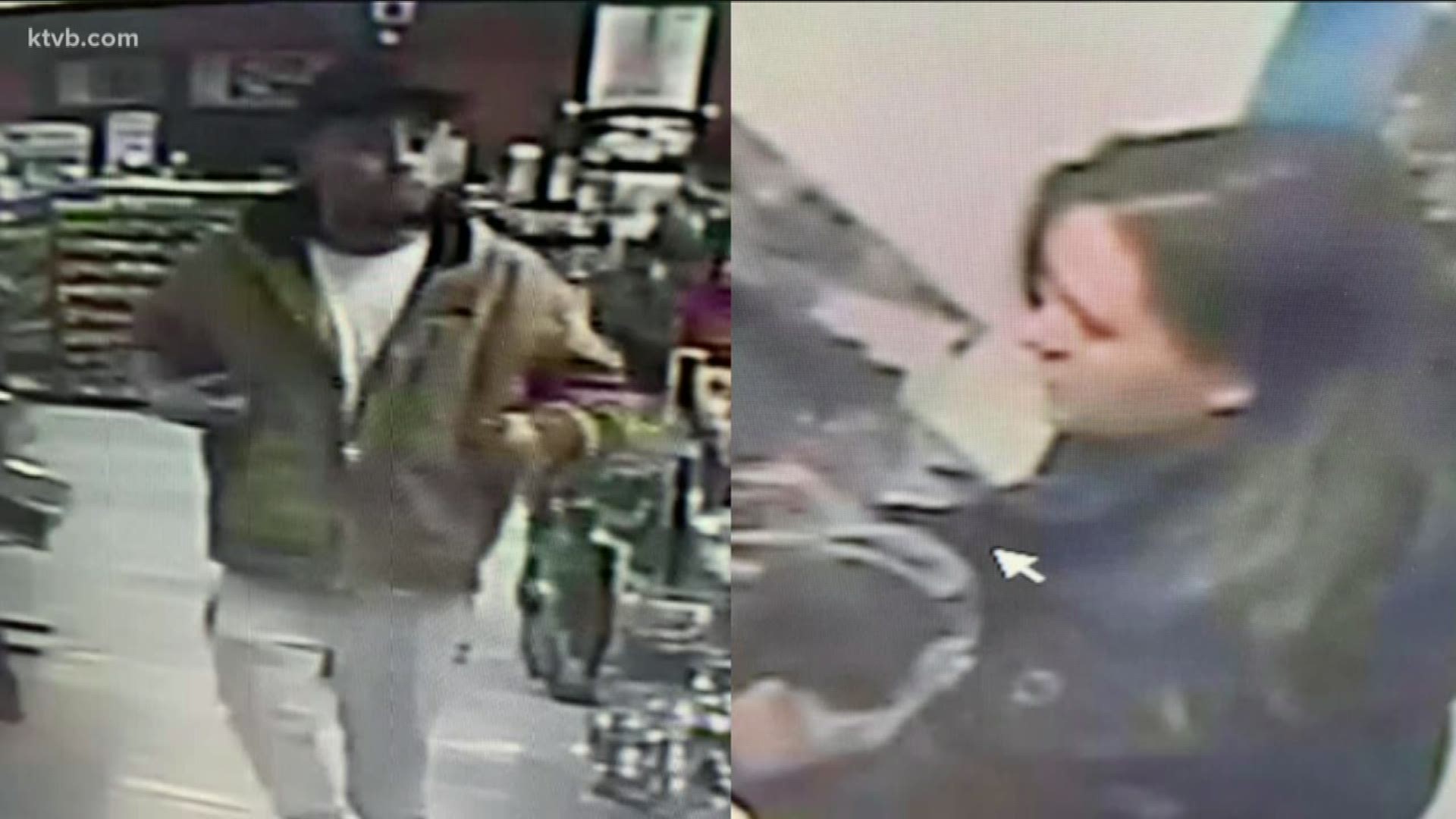 They will soon be extradited back to Idaho to face charges.

According to Caldwell police, a man and woman held up a store on the corner of Ustick Road and Cleveland Boulevard shortly before 6:30 p.m.

The pair have been identified as 24-year-old Jennifer Dodgson and 29-year-old Guillermo Pascual. Police released previous mugshots of the pair.

According to investigators, Dodgson assaulted the 53-year-old woman behind the counter, then forcibly took money out of the cash register.

Dodgson and Pascual then drove away in a silver-colored Toyota Sienna van with front end damage. The van was later found at a home on Linda Lane in Caldwell.

The convenience store clerk was not seriously injured in the attack, police say.

Credit: Caldwell Police Department
Caldwell police are asking for the public's help identifying two persons of interest in a robbery at a convenience store Wednesday night.

A $1,000 reward is being offered for any tips that lead to an arrest.