Caldwell Police Chief Wyant said there were several disputes between the suspect and the victims in the past. 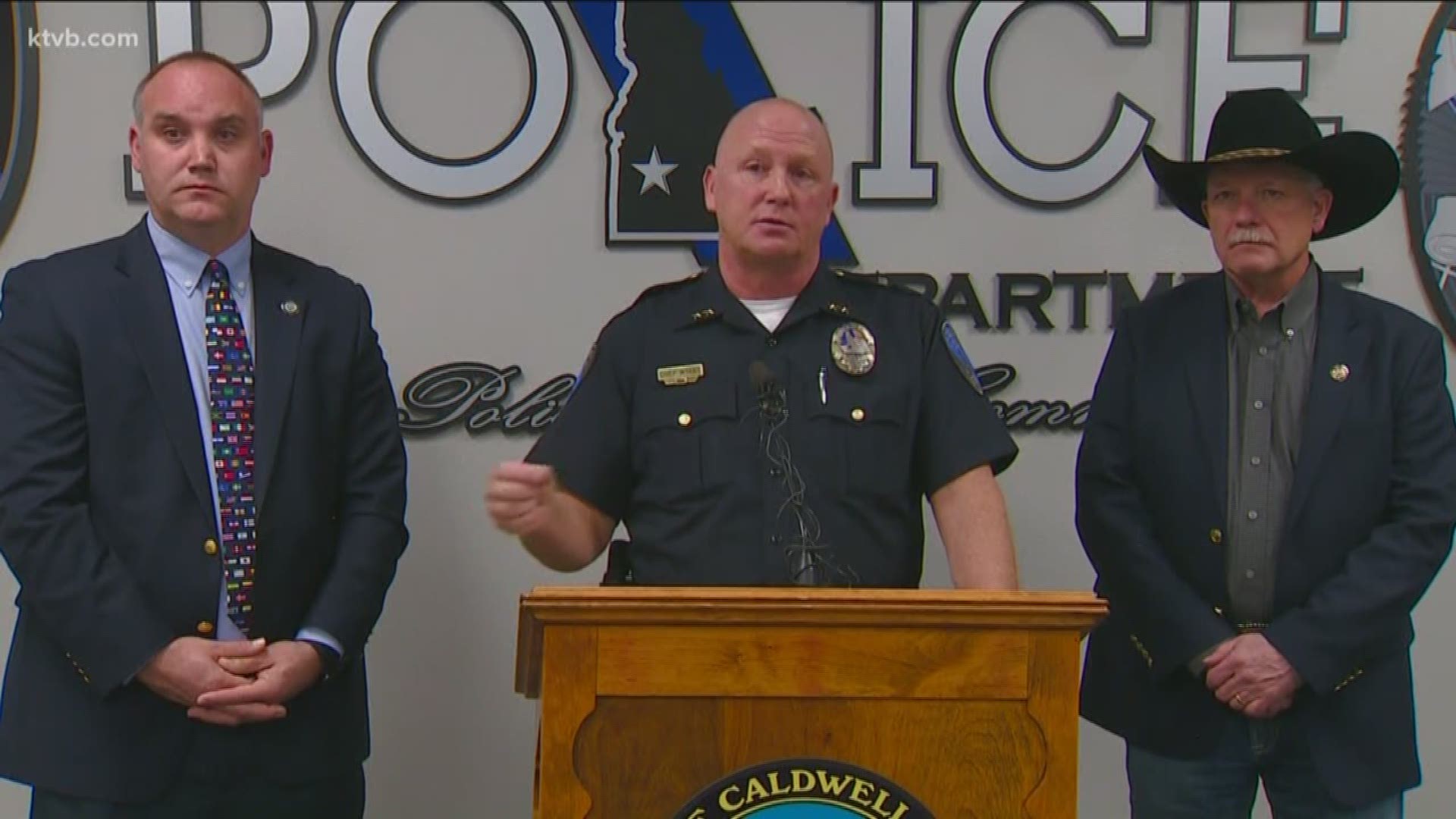 CALDWELL, Idaho — New details on Thursday's officer-involved murder-suicide, which also left three others injured in Caldwell, were revealed on Friday afternoon during a joint press conference, including the identities of the victims and suspect.

The suspect, 87-year-old Roger Nordberg died from a self-inflicted gunshot wound, according to Police Chief Wyant, after he shot and killed 76-year-old Darline Queen.

Wyant said that there was an ongoing dispute between Nordberg and Queen and the other two victims, 79-year-old Juanita Pressler and 58-year-old Kathleen Schlemmer. Pressler was a resident of the senior living complex and Schlemmer was a past resident and was visiting the complex at the time of the shooting.

Police had been called to the Portstewart Apartments, a senior living complex, in the past to resolve disputes between the parties.

Schlemmer had a protective order against Nordberg in September 2019 but it was not active when the shooting happened, according to officials.

The two surviving victims and the officer who was shot are all in stable condition, police say.

Canyon County Sheriff Kieran Donahue said the Critical Incident Task Force is leading the investigation. He added that there are parallel on-going investigations and multiple crime scenes that police are working on.

As of now, officials cannot say who shot the officer but Sheriff Donahue said the officer is now at home recovering from a "small superficial wound to his hand." Police Chief Wyant said the officer has been on the force for nine months.

Both officers involved in the shooting are currently on paid administrative leave.

Investigators are still putting together a timeline of when Nordberg killed himself and when police arrived at the scene.