'Scariest part of my life,' boy says about being chased by pickup truck through Burley park

Two children ran from a pickup truck in a Burley skate park. The driver ran over their bikes just a moment after one boy jumped out of the way. 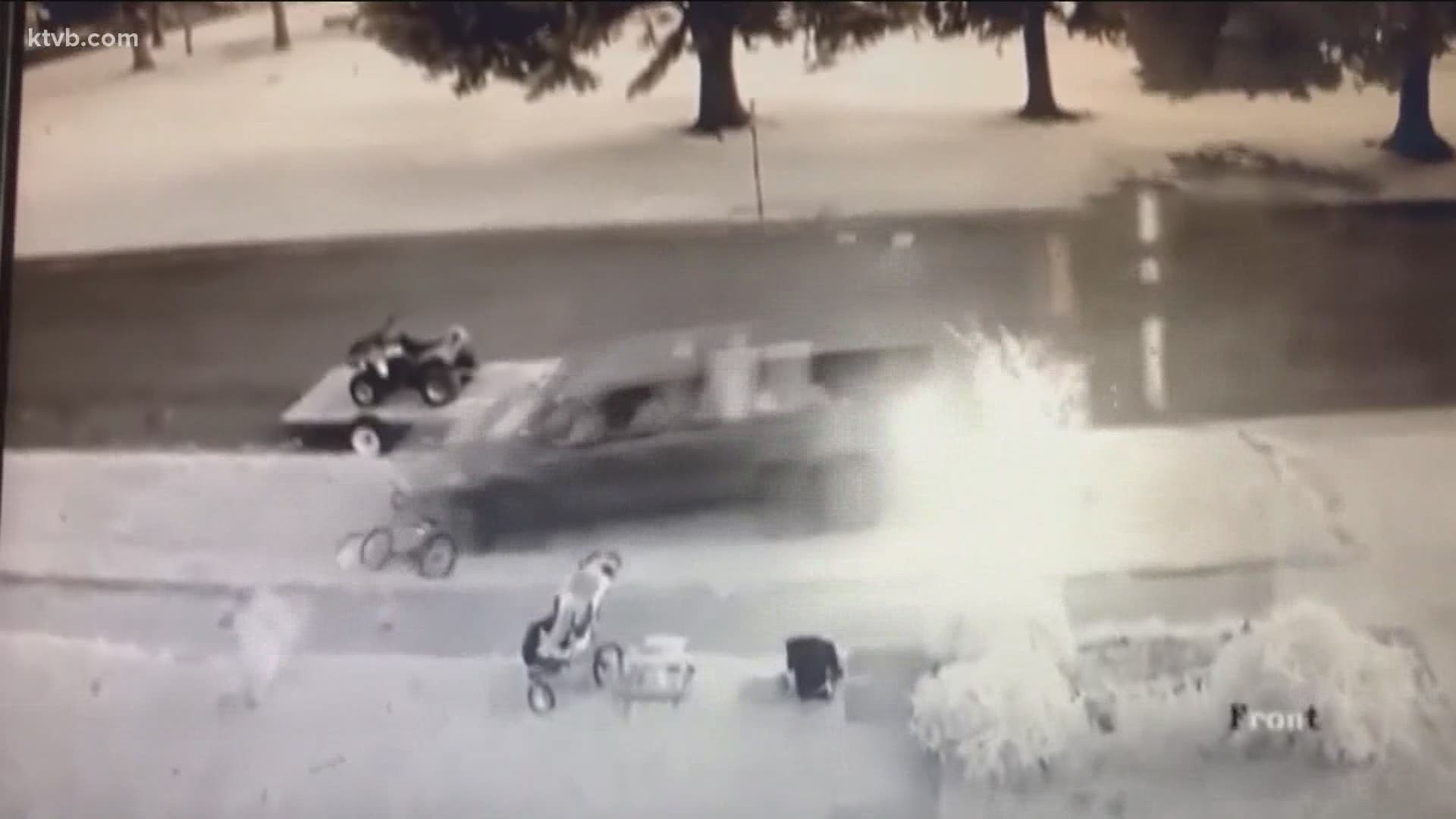 BURLEY, Idaho — UPDATE: The Cassia County Sheriff's Office announced Wednesday morning that they have arrested a suspect in the case, identified as 26-year-old Michael Guizar of Burley. The original story is below.

Some stories just don't sound very believable -- maybe because the details sound too out of the ordinary. But the truth uncovers itself and the evidence comes in.

“I saw the video and I’m like, ‘Dude, you didn’t say he was that close to you!’” William Pawson said.

His 11-year-old son, Nathaneal Wallace, was chased through a Burley skatepark by a man driving a pickup truck. Nathanael said it started after he accidentally hit another kid with his bike.

“They started swearing. My friend T.J. got mad and sweared a couple times back,” he said.

The other kids got an adult involved, according to the Pawson family. The man began to chase after Nathanael and his friend T.J. from one end of the park to the other, Nathaneal said.

It was then that the man got in his pickup, hopped the curb, and drove after the boys on the park grass. They were on their bikes.

“Probably the most scariest part of my life right there, 'cause if I would have messed up or anything, like if there was a rock in the road, I would get hit; missed a pedal, I would get hit. And there was no time for him to stop, because of how fast he was going,” Nathaneal said.

“I was just shocked. I couldn’t believe that somebody would do something like that,” William said. “There is nothing the kids could have done to warrant that kind of reaction.”

The pickup ran over Nathaneal’s bike just a moment after he jumped out of the way.

His friend T.J had a family friend living in the neighborhood. The two ran into her home to hide from the man. The Pawsons said that woman reported the event to the police.

“There’s nothing that I could do that would amount to what she did for my child,” said Sheyanne Pawson, the mother.

“It just makes you wonder, like, what was his endgame? What was his plan? What was he going for?” William said. “Were you really going to run over an 11-year-old boy?”