The 17-year-old victim said he had met up with the two men to buy a pair of Nike shoes. 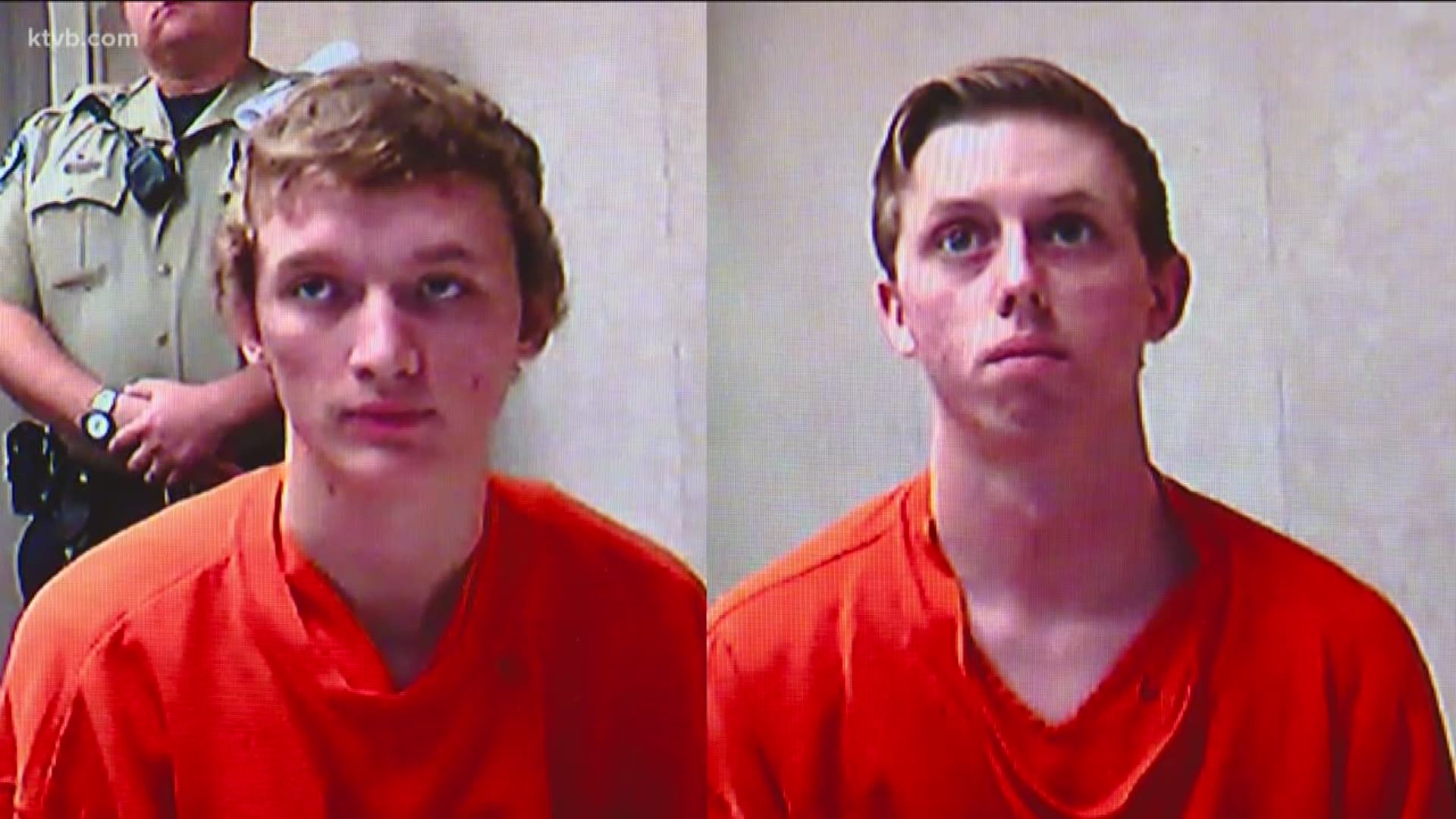 MERIDIAN, Idaho — Two men are behind bars after police say they beat up a 17-year-old boy and stole more than $300 from him Tuesday evening.

According to Meridian Police, officers responded to the report of the robbery at about 5:50 p.m. on Joshua Lane.

The teenage victim told investigators that he had met up with Kidd and Sanders to buy a pair of Nike shoes. The suspects told the 17-year-old they had to go pick the shoes up, and drove with him to the area of the robbery, he said.

But once they arrived, the victim said, it became clear the sale was a setup. He said Kidd punched him multiple times in the face and told him to empty his pockets. Police say the victim threw the money he had brought to buy the Nikes onto the ground, and Kidd picked it up. The two men then drove away, leaving the teen behind, according to the victim.

Investigators were able to figure out the suspects' identities, and took Kidd into custody Wednesday afternoon. Sanders was arrested later Wednesday evening.

Both men were booked into the Ada County Jail. They appeared in court Thursday afternoon. Both of their bonds were set at $150,000. They will be back in court on May 2nd at 8:30 a.m. Robbery is punishable by up to life in prison.

Meridian police advise that if you're going to meet up with someone you don't know, then you should do so in a public area.

Police also recommend to look out for some red flags.

"Don't get in somebody else's car and don't have them come to your address or home, they have no business knowing where you live," Basterrechea said.