Police say the man who fired at officers had shot at his wife, a passing car and pointed a gun at neighbors. 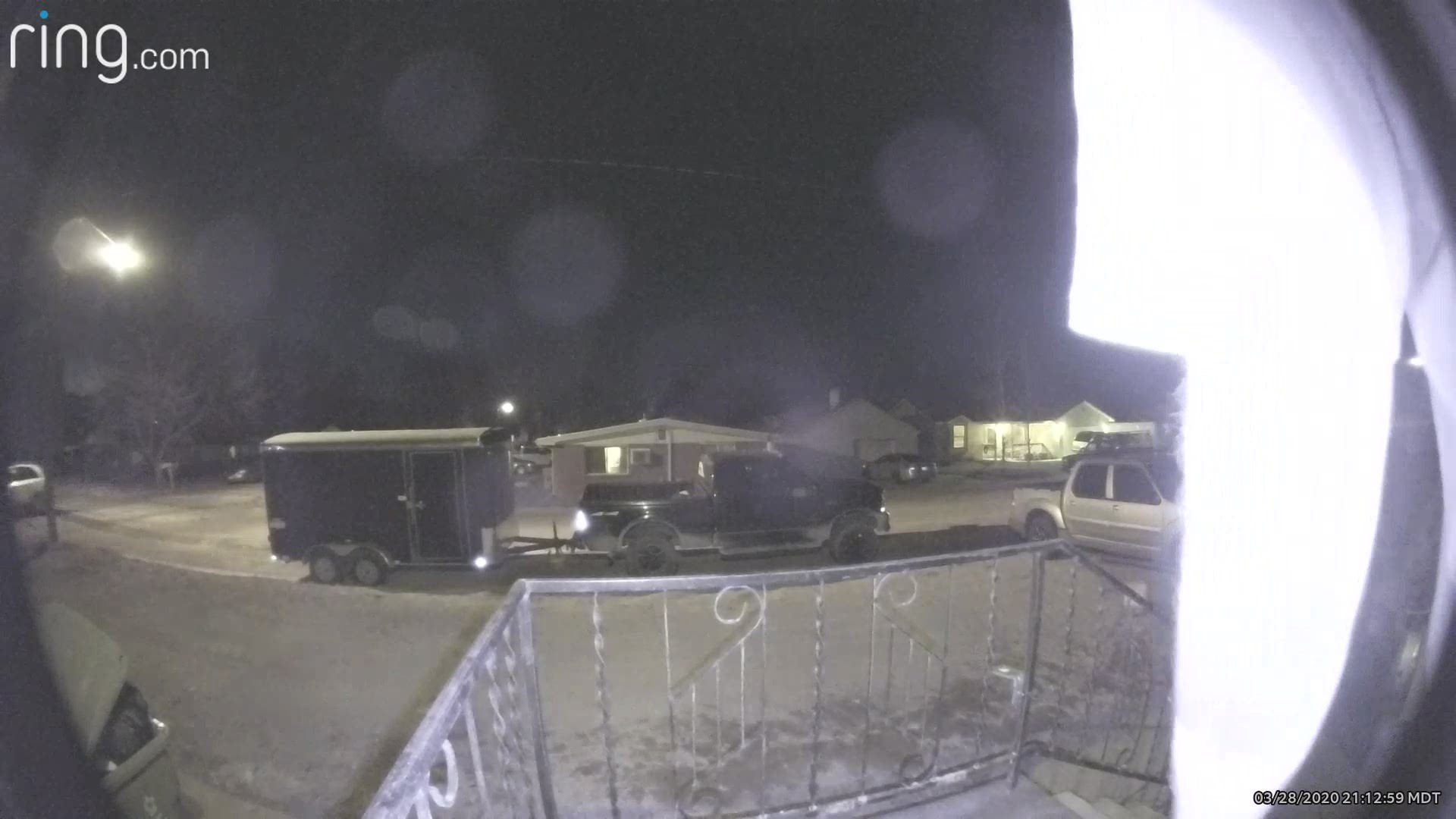 CALDWELL, Idaho — Disclaimer: The above video was captured by the RING doorbell app and contains audio of police sirens and gunshots, which may be disturbing to some viewers.

Update: The Ada County coroner announced on Thursday that 46-year-old Shane Farwell, the suspect in the shooting, has died from his injuries. According to the coroner's office, Farwell died Wednesday evening at Saint Alphonsus Regional Medical Center in Boise. The cause of death was listed as multiple gunshot wounds.

The Caldwell Police Department has placed four officers on administrative leave after an officer-involved shooting in Caldwell on Saturday night.

Two people, one of which fired at responding officers, were sent to the hospital as a result of the incident. A man who police say fired at officers, Shane Farwell, is in critical condition according to a Caldwell Police Department press release.

The incident took place on the 3000 block of Colorado Avenue.

At around 7:45 p.m. on Saturday, officers were notified that shots were being fired in a neighborhood near Colorado Ave. Officers checked the surrounding area and met with residents, but were unable to locate a suspect or any evidence that shots had been fired, according to a press release.

At 9:10 p.m. the same evening, officers received a second call of shots being fired. Upon arrival, officers say Farwell began shooting at them. The officers fired back and struck Farwell, who was then transported to Saint Alphonsus in Boise in critical condition. No officers were injured, according to authorities.

Authorities say they later learned that Farwell had gotten into an argument with his wife earlier that evening. Farwell fired a shot at his wife as she was leaving their home, but did not hit her.

Farwell then entered a neighbor's house and pointed his gun at them. Authorities say Farwell also fired at a car passing by the residence and pellets from the shotgun shell hit a female in the vehicle.

The woman was treated at West Valley Hospital for minor injuries and was released the same night, authorities say.

The incident is currently being investigated by the Idaho State Police and the Critical Incident Task Force. According to Caldwell Police, the officers involved in the shooting have been placed on administrative leave as is the standard procedure in any officer involved shooting.

If you or someone you know is experiencing a domestic violence crisis, the Women's and Children's Alliance has an emergency hotline, staffed 24 hours a day. It can be reached by calling 208-343-7025. The organization's office number is 208-343-3688.