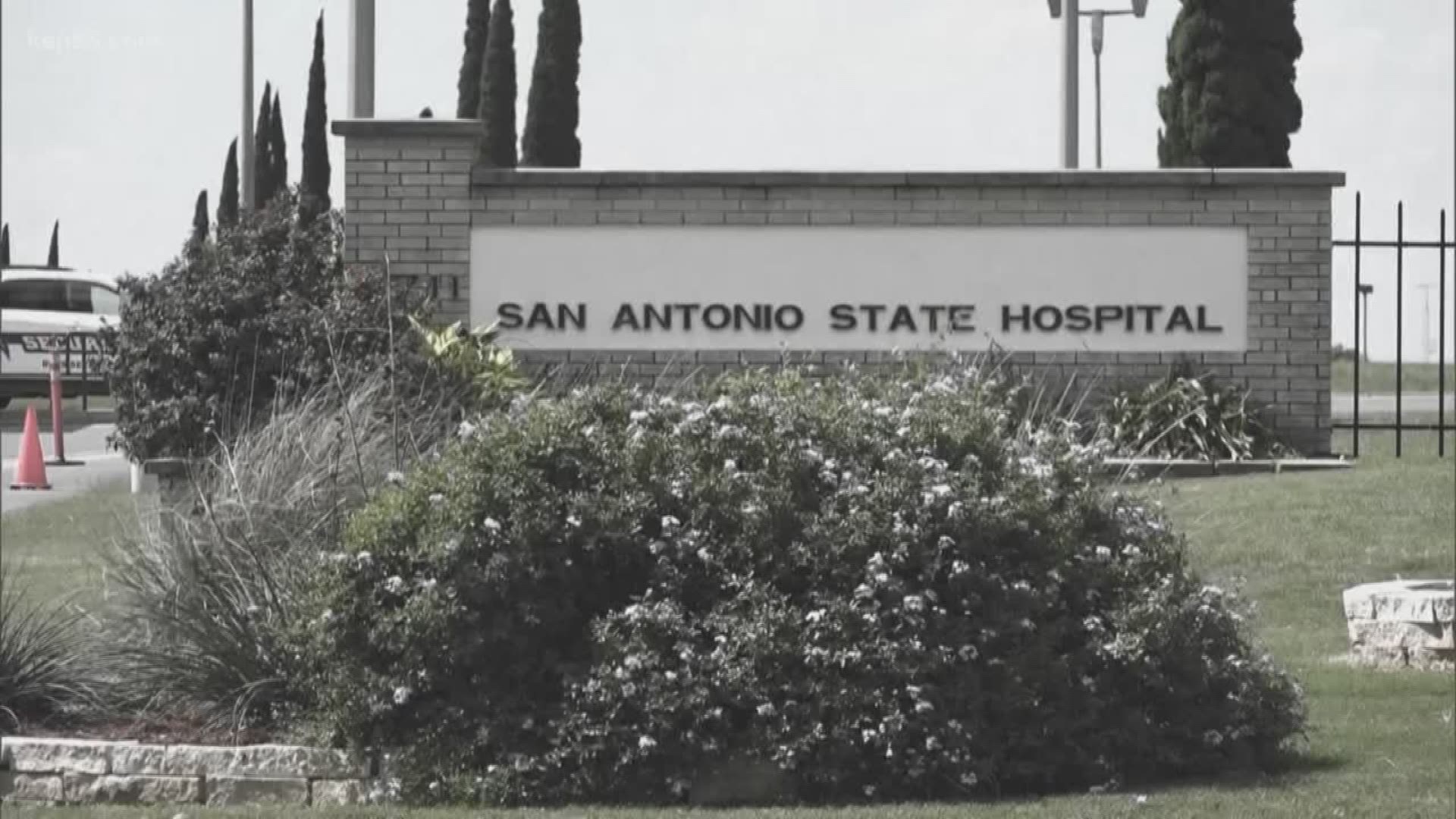 SAN ANTONIO — San Antonio Police’s response to the San Antonio State Hospital Thusday, after a mental patient went missing, is the latest in a growing number of officer-requested calls at the psychiatric facility.

Police said Christian Olivo-Faberlle made an "unauthorized departure" from the hospital. According to SAPD, he was last seen walking from the South New Braunfels gate just before 6 p.m., wearing a white T-shirt and black pants.

Texas Department of Health and Human Services Press Officer Christine Mann would not confirm a name for their missing individual, but said he went over a fence. Mann described him as a forensic patient.

Forensic patients are, generally, not mentally fit to stand trial or too insane to convict.

Gary Ligon was a forensic patient who walked away from the same hospital more than once. His last unauthorized departure was in October of 2016. When police found him a couple days later, a state lawmaker had him moved to a more secure facility for public safety.

Ligon was found not guilty by reason of insanity of murdering and dismembering his wife’s body outside Kerrville in the summer of 1990. He was committed to a state hospital for Rebecca Ligon’s killing.

Olivo-Faberlle is a convicted felon who has a record of assault, burglary, drugs, felony possession of a weapon and unauthorized use of a vehicle.

Mann said after each missing person incident, a review is conducted.  She is also reviewing the calls for service SAPD released to KENS 5 on Thursday for 6711 S. New Braunfels Ave.

The figures show that, from Nov. 21, 2017 up until Thursday, police made some type of response for the San Antonio State Hospital 1,355 times. Assaults brought officers to the facility 537 times.

Missing persons incidents in the categories of endangered and runaway amounted a total of 10 in two years. Some wanted persons cases are reported for missing patients too; there were seven in two years.

Police said if you see Olivo-Fabrelle, give them a call immediately.