The university will pay the family $10.5 million and will make a $3 million donation to the Lauren McCluskey Foundation. 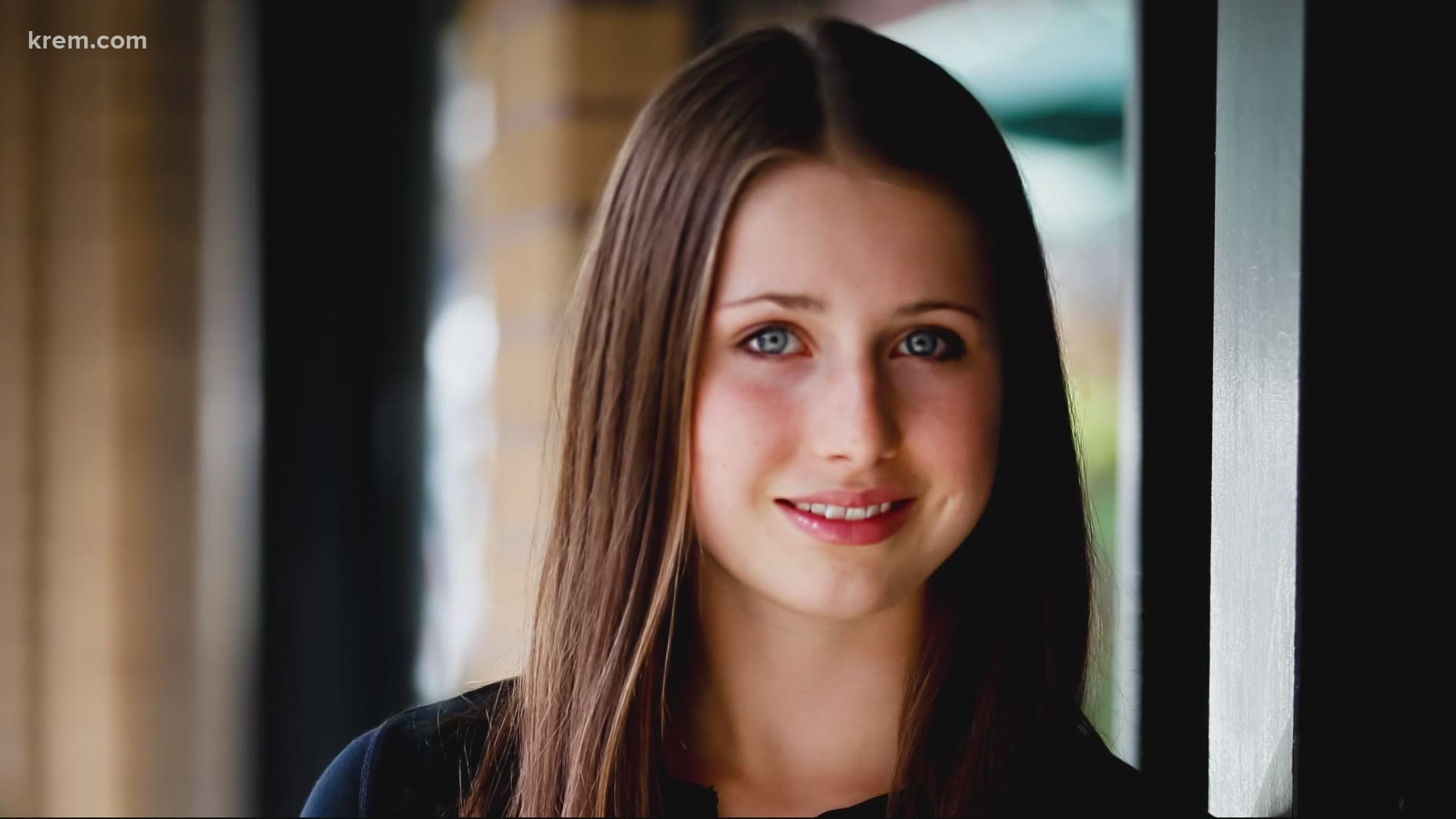 PULLMAN, Wash. — On the two year anniversary of Lauren McCluskey's death on Thursday, a settlement was reached in the family's lawsuit against the University of Utah.

McCluskey, a Pullman native, was shot and killed on the university's campus by an ex-boyfriend after she tried multiple times to report concerns about him to police, including the University of Utah Campus Police.

The university agreed to pay the McCluskeys $10.5 million by March 31, 2021. The school will also make a $3 million donation to the Lauren McCluskey Foundation.

"Our hope is that it will make the world better, and specifically, make the students across the country much safer," Matt McCluskey, Lauren's father, said.

An indoor track will be built for the University of Utah Track and Field Team, of which McCluskey was a member. The university is also renaming its Center for Violence Prevention after McCluskey.

A former University of Utah police officer, accused of showing off explicit photos of Lauren McCluskey used as evidence against her eventual killer, will not be criminally prosecuted.

Lauren is a Pullman native who was killed by her ex-boyfriend two years ago, while a student at the university.

Before her death, she tried multiple times to report concerns about her ex-boyfriend. One of those reports was to University of Utah Campus Police.

Lauren said she was being blackmailed with explicit photos, and turned those photos over to the police.

According to a report from the Utah Department of Public Safety, Campus Officer Miguel Deras showed at least three of his male co-workers the photos in a setting not related to work.

An employee told DPS Deras commented on the photos, saying he could "look at them whenever he wants."

"He betrayed her, she trusted him," Lauren's mom, Jill McCluskey said. "She sent her evidence to him, and instead of instead of trying to arrest the man who was committing crimes against her, he instead just used the evidence for his own enjoyment."

According to DPS, investigators found no evidence of file sharing. They did find evidence that a few officers inappropriately commented on the photos before, during or immediately after a shift change briefing.

Jill tried to convince the Salt Lake County District Attorney's Office to prosecute Deras. They announced this week no charges would be filed.

"I was really just shocked, it seemed like there's no bottom to the way that so many people let Lauren down," Jill said.

She tweeted three questions for the district attorney, including if he understood the harm of this decision.

I have 3 questions for @SimGillDA
1. Did you read the full DPS report?
2. Are you afraid to prosecute police officers?
3. Do you understand the harm to me as Lauren's representative & to women who won't report to police because they can share private evidence w/o consequences? https://t.co/PJxobIFP2V

"Women will be less likely to come forward and report that someone's committed a crime against them if they think that the officer can just share their private evidence without any consequences," Jill said.

She told KREM 2 this will not stop her efforts to increase campus safety through the Lauren McCluskey Foundation.

"A big part of that is Lauren's Promise, which is --'I will listen and believe you if someone is threatening you,'" Jill said.

She believes this is a cultural change already happening on many college campuses.

"Professors are telling me stories that they had Lauren's Promise on their syllabus and that a student came to them, and they were able to connect them with resources and help them," Jill said. "I just wish that someone who cared and had the authority to maybe make the police move forward, would have would have cared about Lauren in that way."