Detectives say Nicholas Campbell attacked the woman and choked her unconscious on her morning running route in the Charter Pointe subdivision. 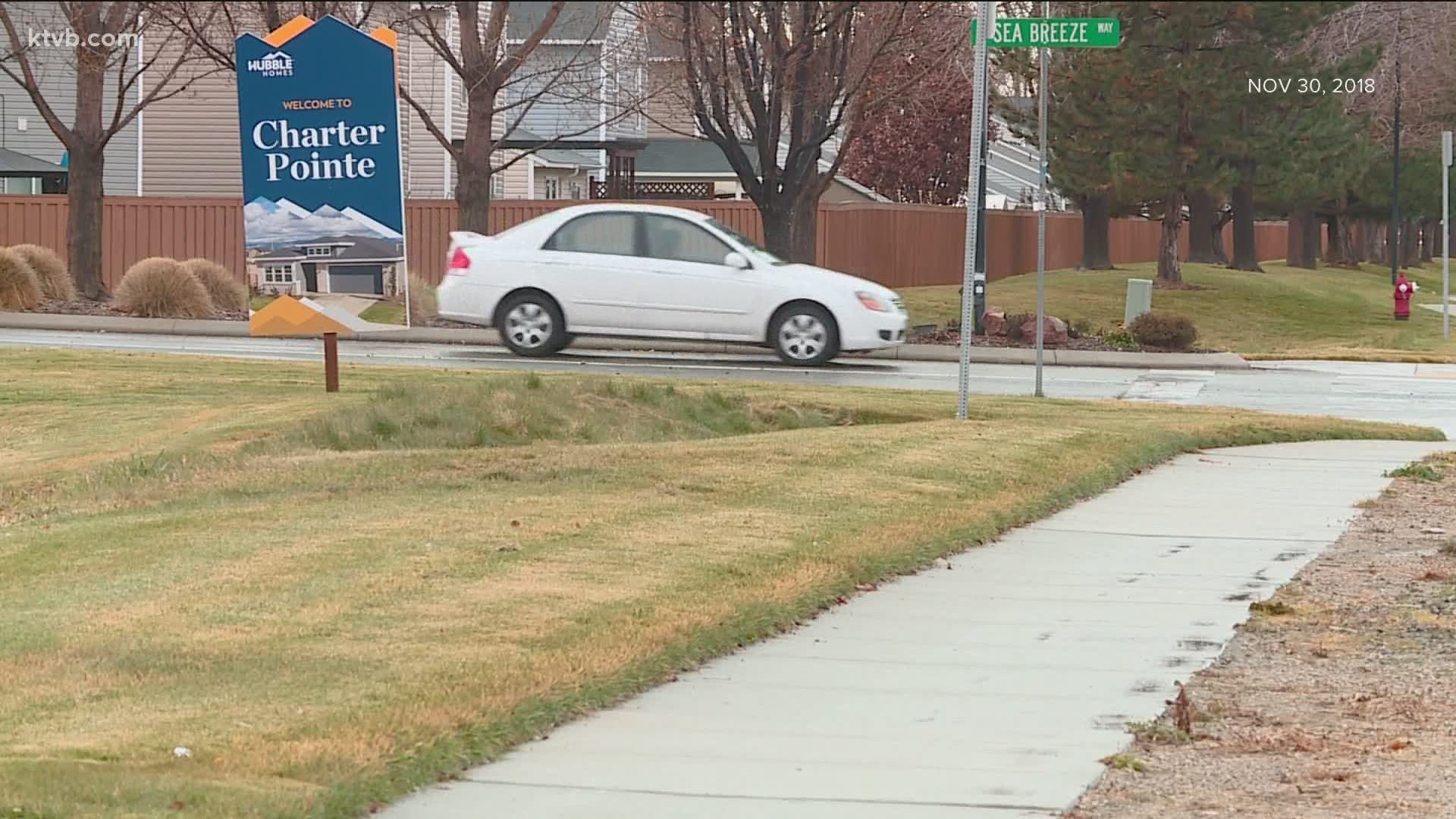 BOISE, Idaho — After an investigation that stretched on for more than two years, detectives say they have finally caught the man who choked a female jogger unconscious and sexually assaulted her in a southeast Boise subdivision.

Nicholas J. Campbell, 30, was arrested in Salt Lake City, Utah on Wednesday. He is charged with battery with intent to commit a serious felony and infliction of great bodily injury, and will be extradited back to Idaho.

The violent assault happened on Nov. 30, 2018 on West Brogan Drive in the Charter Pointe subdivision.

The victim told the Ada County Sheriff's Office that she was jogging on her regular route at about 6:30 a.m. when a man came up behind her and grabbed her by the neck.

The woman kicked her assailant and fought to get away, but he choked her until she lost consciousness, investigators say, then sexually assaulted her and left her lying in the street. The victim suffered multiple scrapes and other injuries in the attack.

A woman driving on Brogan Drive near Elinor Rose Avenue saw the injured woman in the road, stopped to help her, and called 911. The victim told police that she did not get a good look at the man's face, but was able to give descriptions of his clothes and body.

The sheriff's office says a combination of "comprehensive detective work" and DNA evidence helped narrow in on Campbell as the suspect. He was identified as a person of interest after the Ada County Sheriff's Office was contacted by a neighboring agency about a different crime. 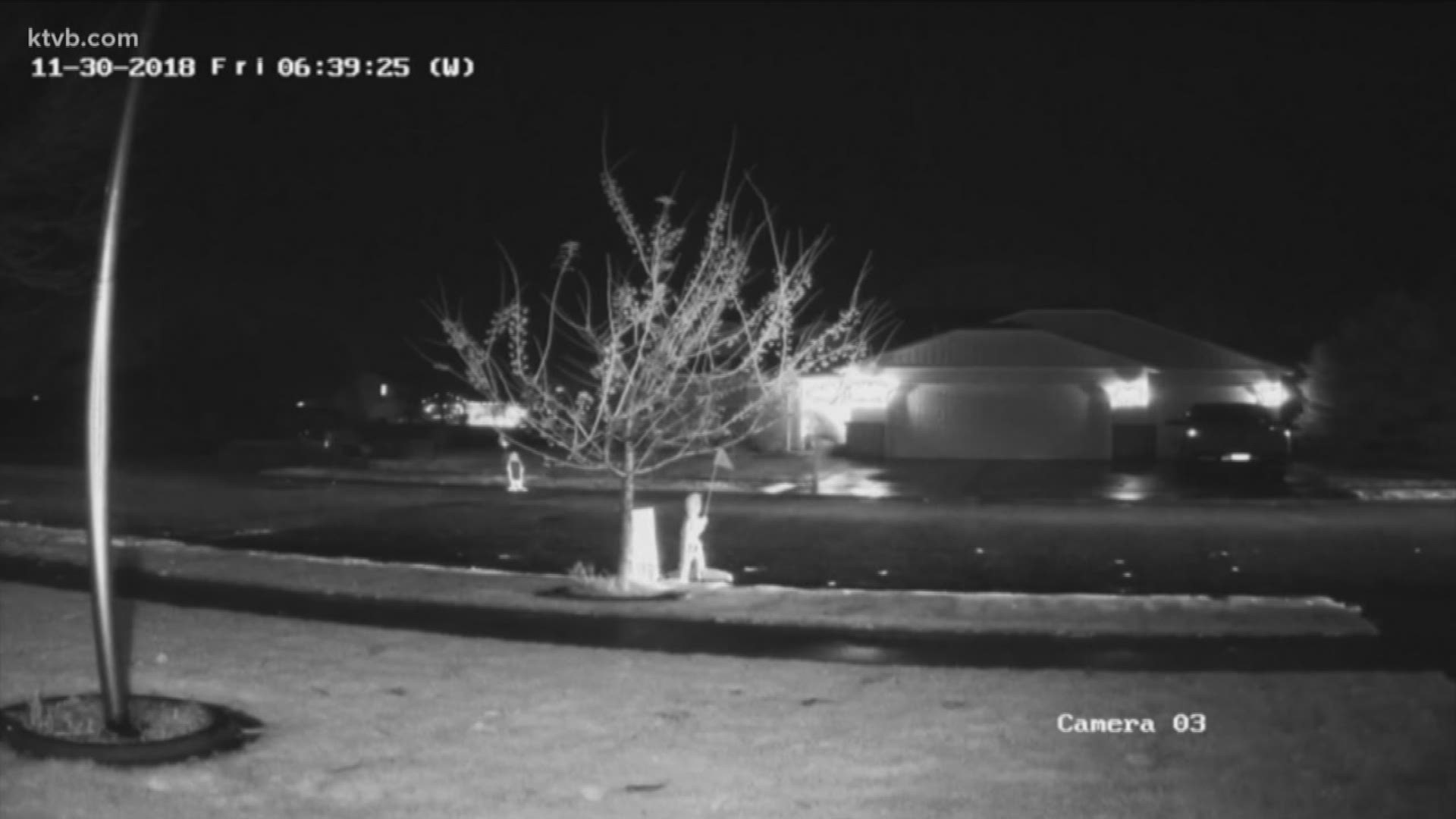 Solving the case has been a top priority for ACSO’s Major Crimes unit, led by Detective Shellie Strolberg, the sheriff's office says.

DNA from the attack came back as a match for Campbell, who also fit the physical description given by the jogger, according to detectives.

"Our investigators have been in regular contact with the victim in the case, and she is aware Campbell is now in custody in Utah," the sheriff's office wrote in a release.

The woman did not know Campbell, who until recently also lived in the Charter Pointe neighborhood. Investigators say they believe Cambell targeted the victim after observing her daily running route without her knowing.

Bond in the case is set at $1 million.

"Our agency would like to thank the 100+ people our investigators talked to in the Charter Pointe neighborhood and everyone who called in a tip, checked their security videos, or provided information to us for over the last two years," the sheriff's office wrote in a release. "Pretty much everybody we reached out to was cooperative and tried to help any way they could. Several people of interest willingly allowed our deputies to take DNA samples. It was because of all that help we were able to solve this case, and we thank you."

"We feel very fortunate to serve a community where people care for each other," the sheriff's office said.

Charter Pointe resident, Taylor Canning has been following the case for years and is relieved to see a suspect in police custody.

"To find out that they found him two and a half years later is astonishing, and if anyone is a victim of sexual assault, rape, domestic violence then they know how much of a victory this is," Canning said. "Before she didn't know if she was going to get a shot at fair justice, and now she at least have that chance."

Detectives say the suspect has a violent sexual history with women, and is considered a person of interest in at least one other sexual assault case. If convicted in the November 2018 assault, he will face up to 40 years in prison.