Police: Officer shot man after he stabbed another Nampa officer in the face during a traffic stop

Police say at least one officer fired his weapon and struck an adult male during a traffic stop on Friday. The man was later pronounced dead. 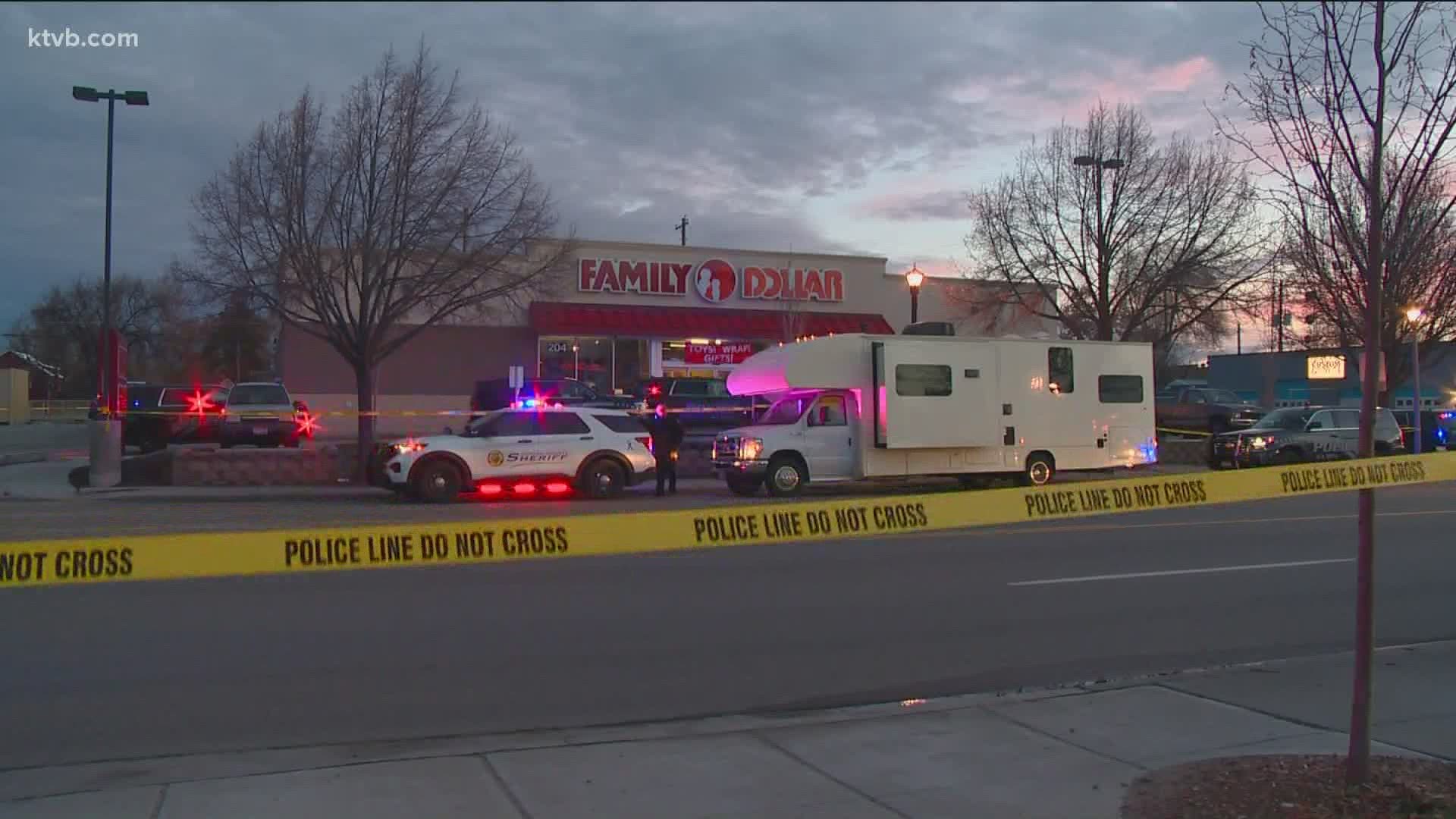 NAMPA, Idaho — Police blocked off traffic in Nampa Friday afternoon after an officer-involved shooting near Family Dollar on 11th Avenue North. The incident left one man dead and sent a Nampa Police officer to the hospital with a stab wound to his face, according to the Nampa Police Department.

At approximately 3:07 p.m. on Friday, a Nampa officer conducted a traffic stop near the Family Dollar. During the stop, one officer got in a fight with the passenger of the vehicle and was stabbed in the face by the man, according to Nampa Chief of Police Joe Huff.

More than 15 police vehicles were in the area, according to a KTVB reporter on the scene.

11th Avenue North was blocked from First Street through Fourth Street North, near the Nampa Civic Center. Nat Smith, who works across the street from where the shooting happened at Goodlife Motors, he said after police didn't move very quickly after they shot the man.

"Nothing was going on with the guy in the car, still door shut, finally they pull the guy out face down and it," he said, "it just looked like a still body, in handcuffs, face down and they still didn't address the issue. Finally, they flipped him over and started giving him CPR but it was minutes like I was over here, (having a) long conversation. Then finally, CPR and then all of the sudden 15 cop cars come, firetruck block the entrance ambulance, last person here shows up and can't even get to the guy."

The officer involved was taken to a nearby hospital for treatment of non-life-threatening injuries. The Canyon County Critical Incident Task Force were called to the incident to investigate and Caldwell Police are leading the investigation.

"This is an unfortunate situation and the investigation is ongoing," Chief Huff said in a statement.

"The amount of time it took them to address the man that was shot was a little strange," Smith told KTVB.

Editor's Note: This is a developing story and this article will be updated when further details are made available, check back for more information.