Police say tips to investigators that lead to a felony arrest could earn a reward of up to $1,000. 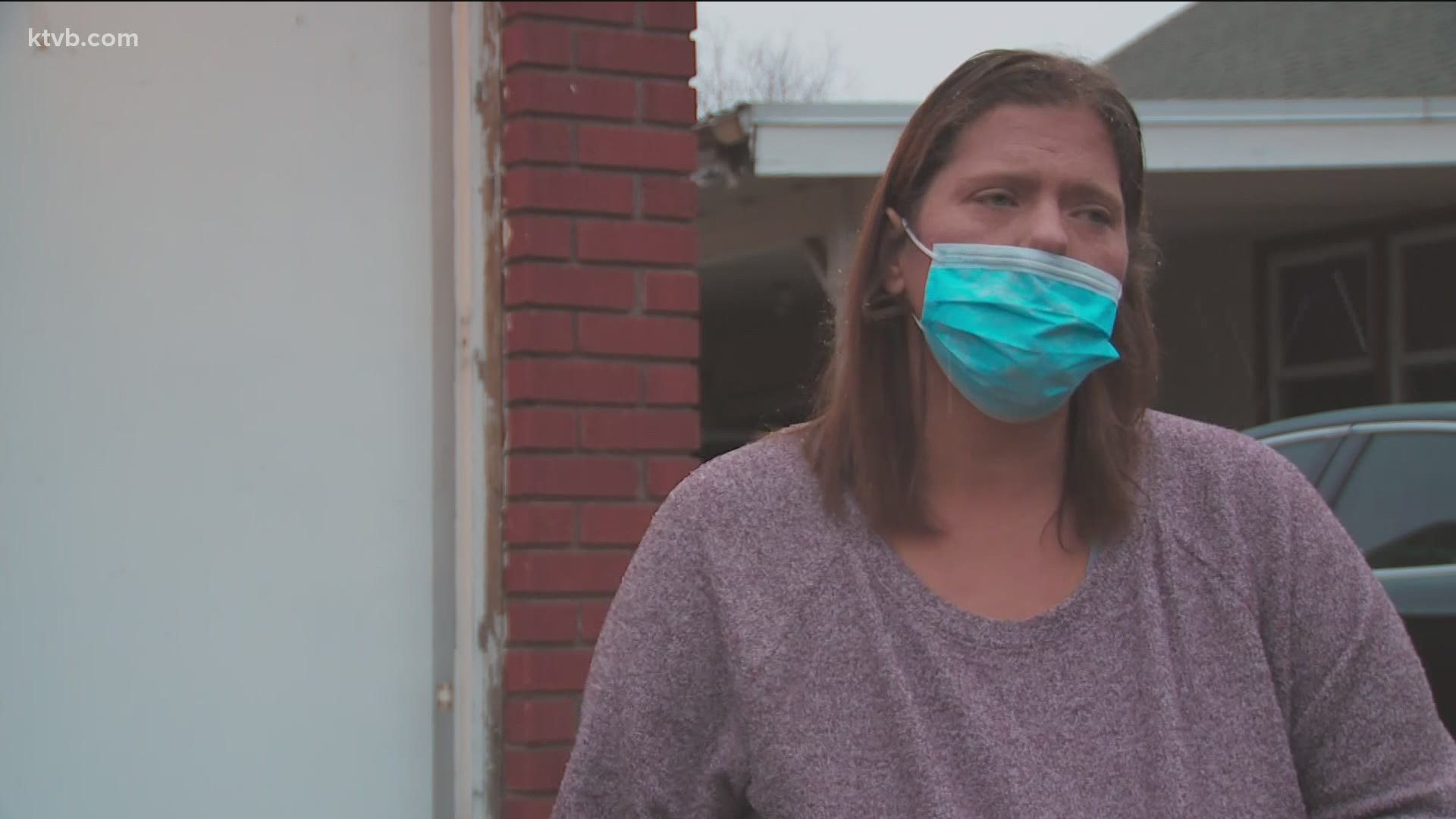 NAMPA, Idaho — Editor's Note: The video above was originally published on Nov. 8 and focuses on the daughter of the 67-year-old hit-and-run crash victim who pleaded for information about who hit her mom and left her severely injured.

The Nampa Police Department released a surveillance camera video that shows the person of interest involved in a hit-and-run car accident minutes after the incident that left a 67-year-old victim in "indescribable pain" due to the injuries she suffered in the crash.

The video shared by Nampa police on Facebook shows the person of interest in the case walking around and looking at their vehicle minutes after the crash.

Anyone with any information, especially video, of the crash or of the surrounding area around the time of the crash is urged by police to call Nampa Dispatch at 208-465-2257, option two, or Crime Stoppers at 208-343-COPS or at 343COPS.COM.

A reward of up to $1,000 could be earned for any information that leads to a felony arrest.

At the time of the crash, police said the woman, later identified as Barbara Alexander, sustained life-threatening injuries after a 2011 Dodge Caliber crashed into her.

Credit: Nampa Police Department
This is a stock image provided by Nampa police of the car that was involved in a hit and run crash with a pedestrian that happened at about 11 a.m. Thursday.