'He could have killed a family': Nampa family searches for answers after their car was set on fire in front of their home 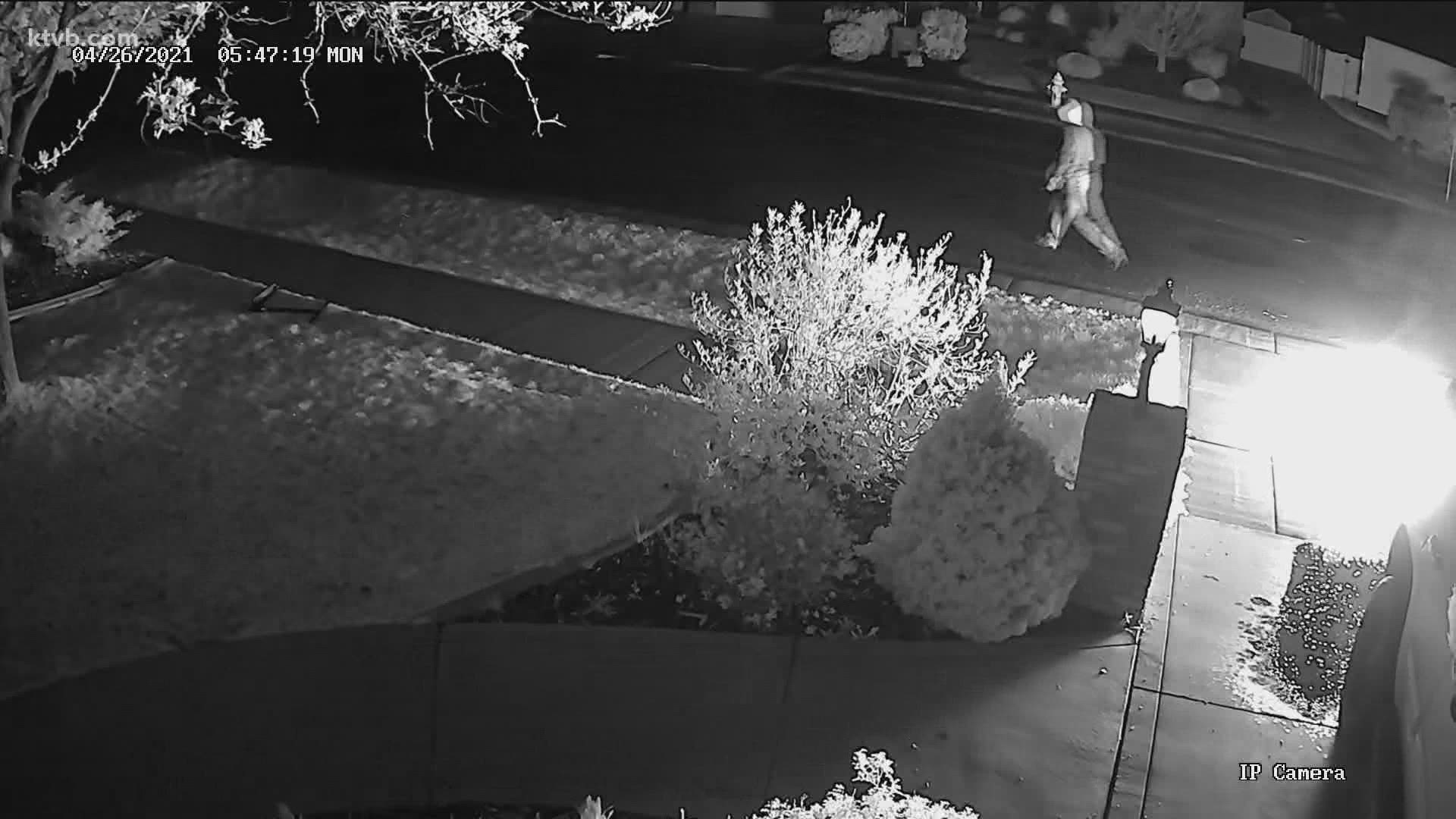 NAMPA, Idaho — A Nampa family is searching for information after their car was set on fire while parked at their home. They're hoping security camera footage around their home can bring them justice and peace.

"We'd like help finding the person that did this," Alejandro Venegas said. "My wife and kids are obviously scared."

Venegas pulled into work at about 5:50 a.m. on Monday and immediately got a call from his wife, Bernadette, screaming their car was on fire.

"I was like, 'What do you mean the car is on fire?' It's early in the morning, she has nowhere to go and nowhere to be, so that scared me right off the bat," Venegas said.

As he began to drive back home, Venegas got another call from his wife, now saying the front of their house caught on fire. By the time he returned, firefighters had put out the flames.

Everyone in the home was able to get out safely.

"An officer and a fireman started questioning me about the vehicle and if we knew of any mechanical issues with it," Venegas said.

The family has owned the white Chevy Tahoe since 2012 and has never had problems. After speaking with investigators, Venegas got suspicious and checked the security cameras around his house.

"Upon checking my cameras that's when we noticed someone has poured gas over our car and lit it on fire," Venegas said.

Venegas and his wife are cooperating with investigators. He has not been able to identify the person in the footage and investigators think this may have been a random act of crime.

Nampa Police Department and Nampa Fire Department are investigating and are searching for whoever did this along with any information that could lead them to possible suspects.

"It's been a stressful last few days not knowing what's going to happen," Venegas said. "This individual needs to pay for his actions. He could have killed a family."