Nampa Animal Control finds over 150 cats in woman's home, about 91 were found dead

Animal control had to put down about 30 of the 65 cats that were found alive. 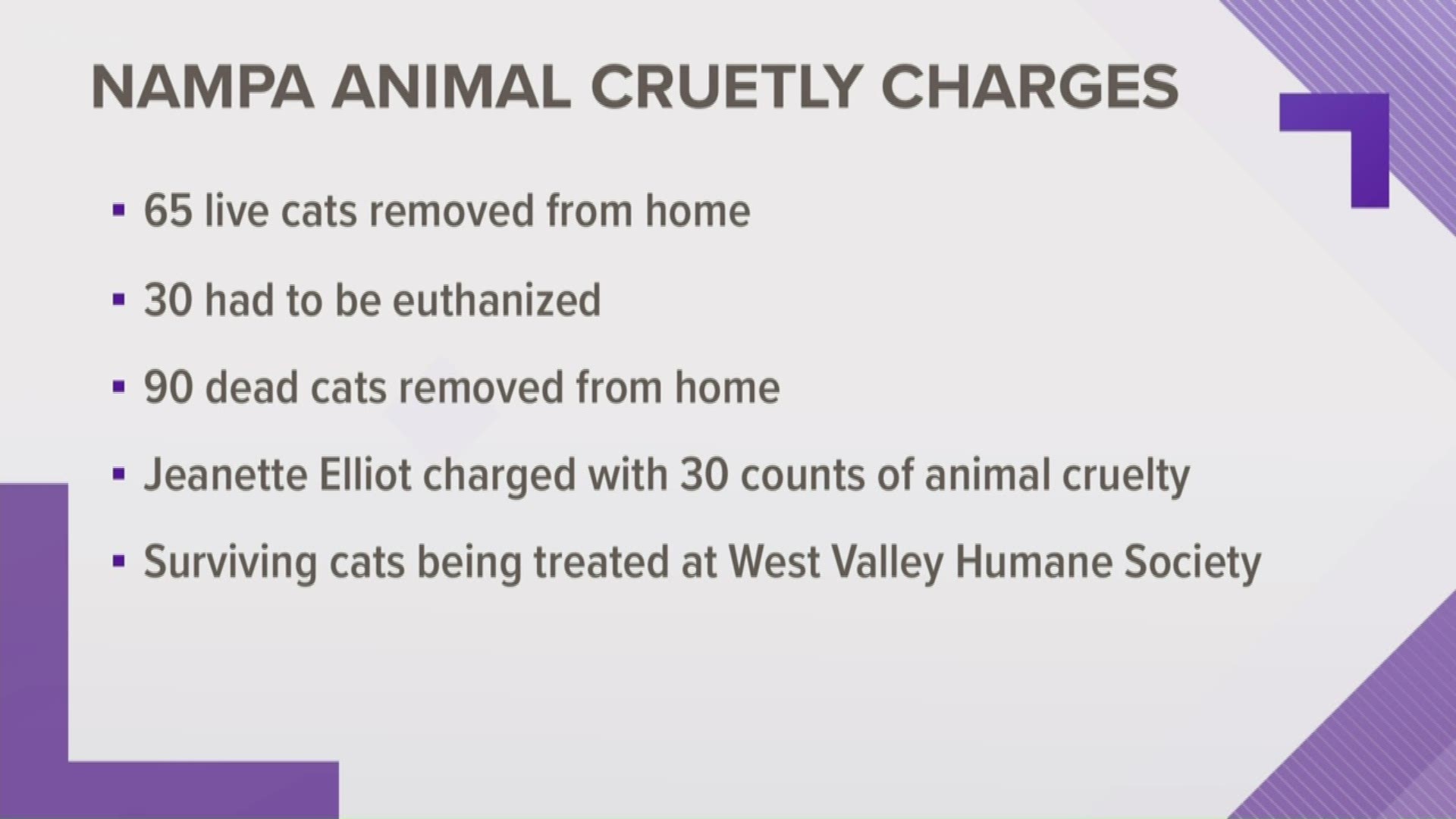 The Nampa Police Department said they received a complaint about the welfare of some cat at a home on the 16100 block of North Franklin Boulevard on Friday, May 22.

When Nampa Animal Control arrived at the scene, the condition of the home immediately raised concerns about the health of both the cats and the homeowner, according to officials.

Police said the homeowner was not at the residence at that time, so officers returned to the home on Saturday, May 23 to check in on the cats and resident. The condition of the home was bad enough that animal control and patrol officers deemed it necessary to immediately remove the cats from the home.

Animal control requested the help of West Valley Humane Society to remove the cats. Everyone who had to enter the home had to wear PPE for their own safety.

In total, 65 cats at varying levels of health were removed from the home, according to police. At first, veterinarians believed that all of the cats could be treated, but about 30 of the cats had to be euthanized because of their poor health.

About 91 dead cats were also found at the home and were removed, Nampa police said.

The homeowner was 64-year-old Jeanette Elliot and is now facing 30 counts of animal cruelty.

The surviving cats are now in protective custody until the court system decides what happens to them.

Because of the sheer number of cats that West Valley Humane Society took in, anyone that wants to help can contact the shelter directly.