Mountain Home Fire Chief Mark Moore said when he entered the home it was full of animal feces. 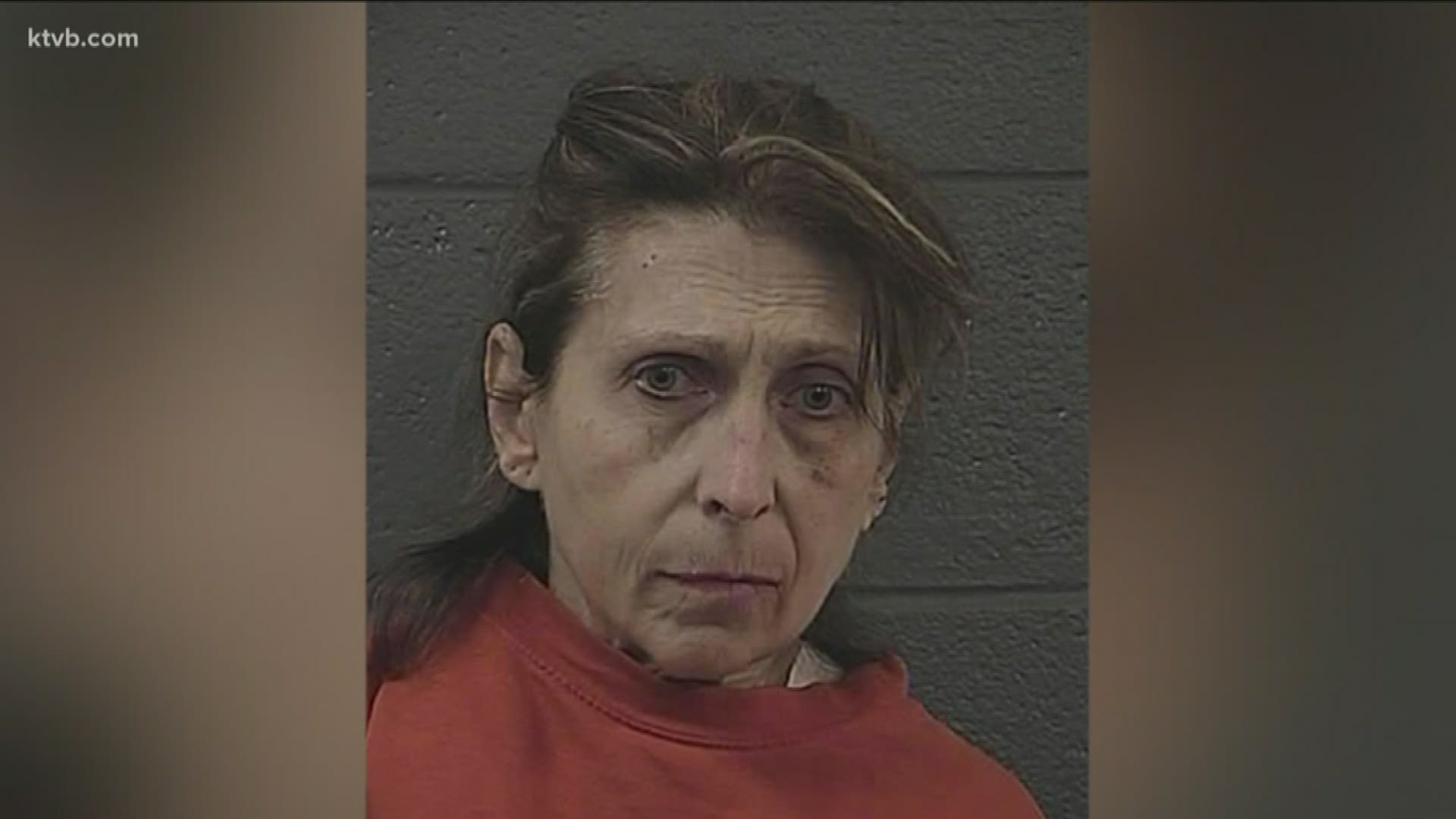 The animals were kept in deplorable conditions in a cramped home, which is about 700-square-feet, officials said.

Firefighters suited up in bunker gear and oxygen masks to clear out the stagnant air in the home for Idaho Humane Society rescue workers to enter it.

The dogs are Papillions with white and black or white and brown fur. The health conditions of these animals has not been released.

At least one of the dogs shown in the video appears to have long strings of matted fur under its paws. While another "looks like it will have emergency pyometra surgery tomorrow morning from first looks," according to Idaho Humane Society staff.

Kathleen Pamela Schweikert, 60, the pet owner, was booked in the Elmore County Jail on Dec. 26 and was charged with 58 counts of animal cruelty, 48 counts of unlicensed dogs, operating without a commercial kennel license and exceeding the limits on number of animals set by city ordinance.

Her bail amount has been set to $17,400.  She pleaded not guilty on Friday afternoon.

The Mountain Home Fire Chief, Mark Moore, said when he entered the home it was full of animal feces. Idaho Humane Society officials said when they walked in, "The interior of the residence was littered with debris, and found to be heavily contaminated with feces and urine."

Police said that officers came to Schweikert's home on a welfare check and noticed the animals. They then got a search warrant for the home and found the 55 dogs and 3 cats in the home.

“The interior of this house was as deplorable as anything I’ve seen in the past 19 years of being involved in these kind of neglect and cruelty situations,” Dr. Jeff Rosenthal, DVM, a veterinarian and CEO of the Idaho Humane Society, said in a statement.

Humane society staff believe this is a case of hoarding and that the owner was not selling the animals.

1 / 13
Mountain Home Police Department
Fifty-eight dogs and four cats were seized from a Mountain Home animal hoarder on Thursday night, according to Idaho Humane Society officials. The animals were kept in deplorable conditions in a cramped home, which is about 700-square-feet, officials said.

For now, the Humane Society says it will provide veterinary care, food, and shelter for the dogs and cats. Officials say the animals will likely stay in the care of the IHS in protective custody until the judicial system determines where the pets will go - which can take anywhere from weeks to months to complete.

Extreme cases like this cost the Humane Society tens of thousands of dollars, laying a heavy financial burden on the non-profit, according to the Idaho Humane Society staff.

The Humane Society does not get funding from cities or defendants to offset the financial costs involved in these situations.

After the courts grant relinquishment or eventual adoption the Humane Society can seek homes for the dogs and cats. The hearing process could take up to two months, according to Idaho Humane Society officials.

When the adoptions become legal they will take place at the Boise shelter.

Those who would like to help out the Humane Society can do so by making a donation or by volunteering.

If you suspect any animal cruelty, neglect, or animal fighting going on anywhere in Idaho please call the animal cruelty hot line at 208-343-3166.

RELATED: The dog was dropped off at the groomer. By the end of the day, he was dead