"He always walked around like he had this big tough shell but he had the biggest heart," 20-year-old Davis M. Mosqueda's mom said. 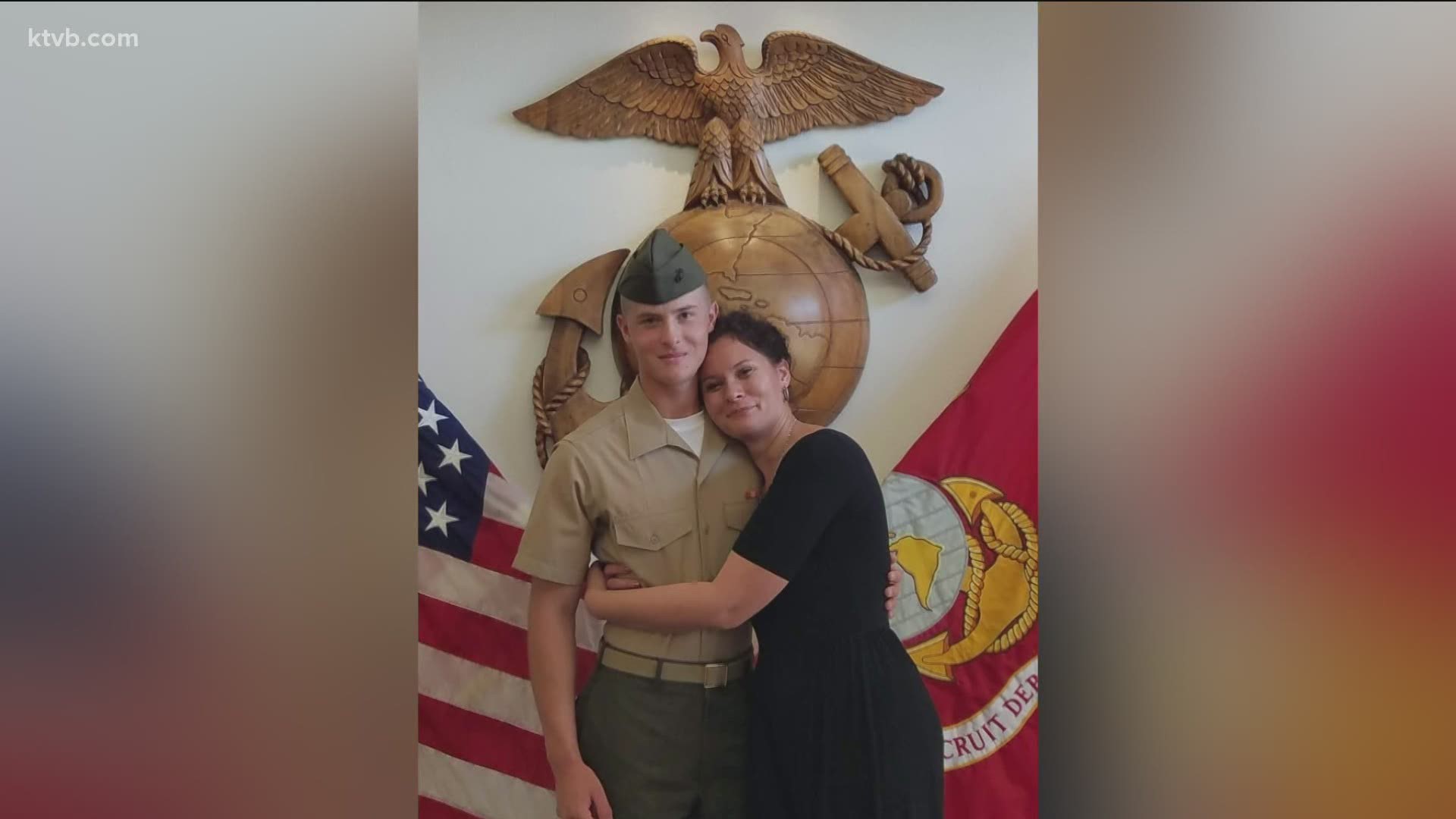 BOISE, Idaho — On Wednesday, a 20-year-old man was fatally shot outside a Boise apartment complex. KTVB spoke with the family for the first time on Friday who say David Mosqueda was an active Marine home for the holidays when he was killed.

"He always walked around like he had this big tough shell but he had the biggest heart," Davis M. Mosqueda's mom, Monica Mouw said.

She saw her son for what would be the final time on Christmas when Mosqueda met his cousin's baby for the first time.

"He was put on this earth to help people and he's gone too soon," Mouw said.

Police say a man shot and killed Mosqueda outside a Boise apartment complex on Wednesday, something that Mouw is still struggling to process.

"I didn't believe it, I still don't believe [it]. He came in on the 23rd and he spent the last few days playing video games with his brothers so I was positive they had made a mistake and that it was someone else," she said.

Mosqueda was stationed in Washington D.C. as part of the Silent Drill Platoon, a 24-man rifle platoon. He was in Boise for the holidays and was scheduled to fly out on Jan. 4.

"He chose to be a Marine because he believed in a bigger purpose than himself and he died believing that," Mouw said. "He always walked around like he had this big tough shell but he had the biggest heart [of] anyone in his circle. He strived to have them do their best, he was there for them, he pushed them, he would spend hours talking to his friends, he would motivate them."

Police said the shooting happened just after 1 a.m. outside an apartment near the intersection of Fairview Avenue and Cloverdale Road in Boise.

When officers arrived at the complex, they found Mosqueda with several gunshot wounds. Officials said he was pronounced dead at the Saint Alphonsus Regional Medical Center.

The Ada County Coroner ruled his death a homicide.

Devon Josiah Arnold, 21, is charged with first-degree murder and use of a firearm in the commission of a crime. His preliminary hearing in the case is set for Jan. 8.

Investigators have not announced a motive or stated if Mosqueda and Arnold knew each other.

"I will miss his laughter and he would walk into a room and make it a point to make someone laugh," Davis Mosqueda's mother said.

The investigation into the shooting is ongoing, according to Boise Police. Anyone with information about what happened who has not already spoken with investigators is urged to call Ada County dispatch at 208-377-6790 or Crime Stoppers at 208-343-COPS.