One of the energized power lines landed on an officer's patrol car, melting a portion of the light bar. 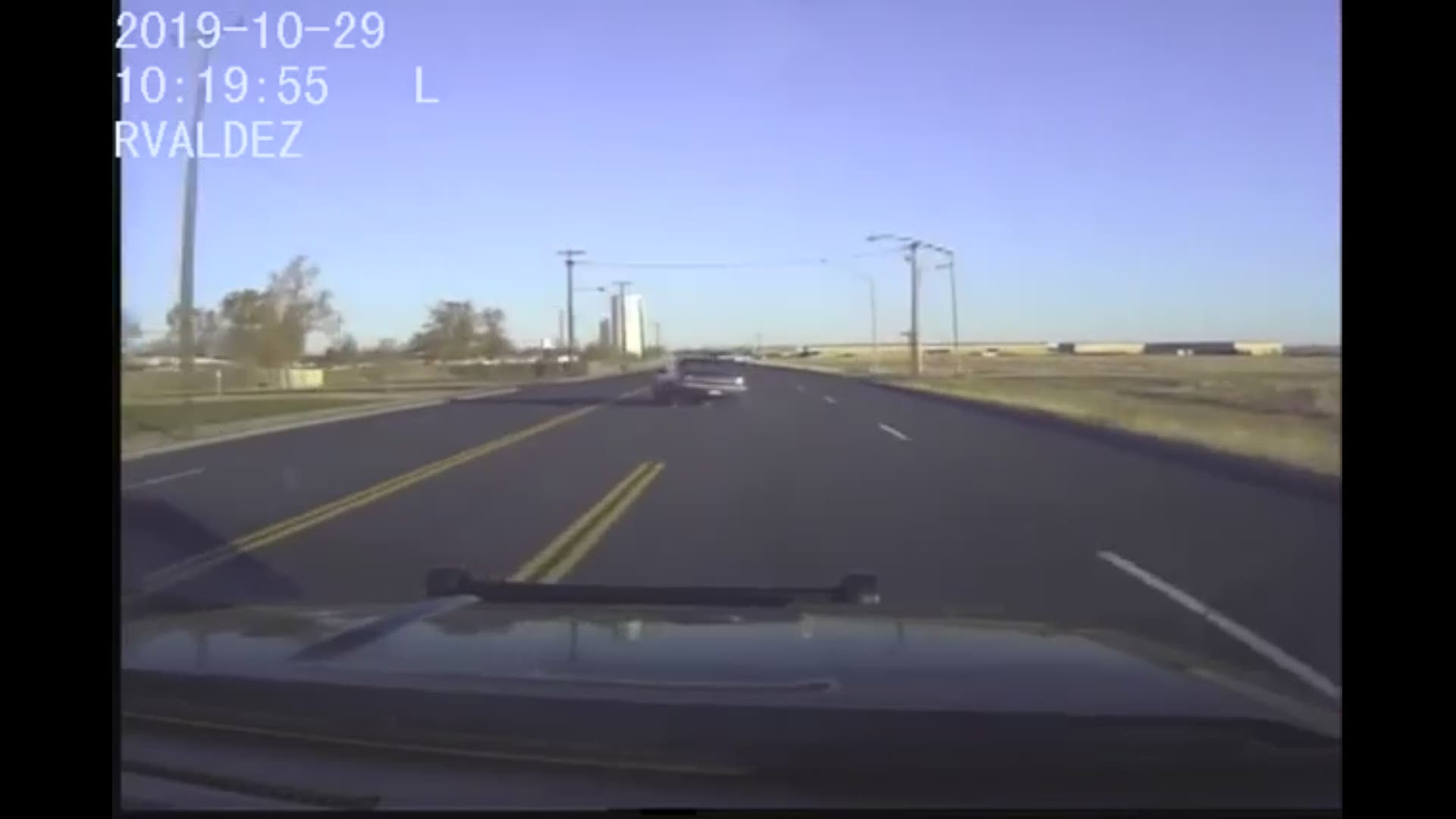 On Tuesday, an officer tried to stop a vehicle on Patton Boulevard, police said. The driver, 32-year-old James Milner of Moses Lake, stopped briefly before allegedly saying, “I can’t go back to jail again,” and fleeing from the stop.

The chase was short-lived, as Milner traveled several hundred yards before attempting to turn onto Westover Boulevard. Police said Milner then drove through a power pole, taking down power lines.

One of the energized power lines landed on the officer’s patrol car, melting a portion of the light bar, police said.

Police said Milner tried to flee the crash scene, leaving passengers in the midst of electrical explosions.  A deputy with the Grant County Sheriff’s Office was in the immediate area and took Milner into custody.

Police said Milner also had a realistic-looking pellet gun shoved down his pants as he fled the scene.

The officer was stuck in the car with the power line across his hood as he gave loudspeaker instruction to passengers of the crashed vehicle, who were walking around the downed power lines. The Public Utilities District arrived on scene several minutes later and removed the lines.

Police said the officer was not injured.

Milner was booked into the Grant County Jail on outstanding warrants and will face charges of felony eluding and felony hit-and-run, police said. The Washington State Patrol is investigating the crash scene.

“This was another great example of an incident in which MLPD, GCSO and WSP worked together to get a positive outcome and at least temporarily remove a dangerous felon from the street,” police wrote on Facebook. “Additionally, the quick and professional response from the PUD was very appreciated, especially by the officer trapped in his car.”

Police also reminded drivers to stay inside of their vehicles in the event of downed power lines.