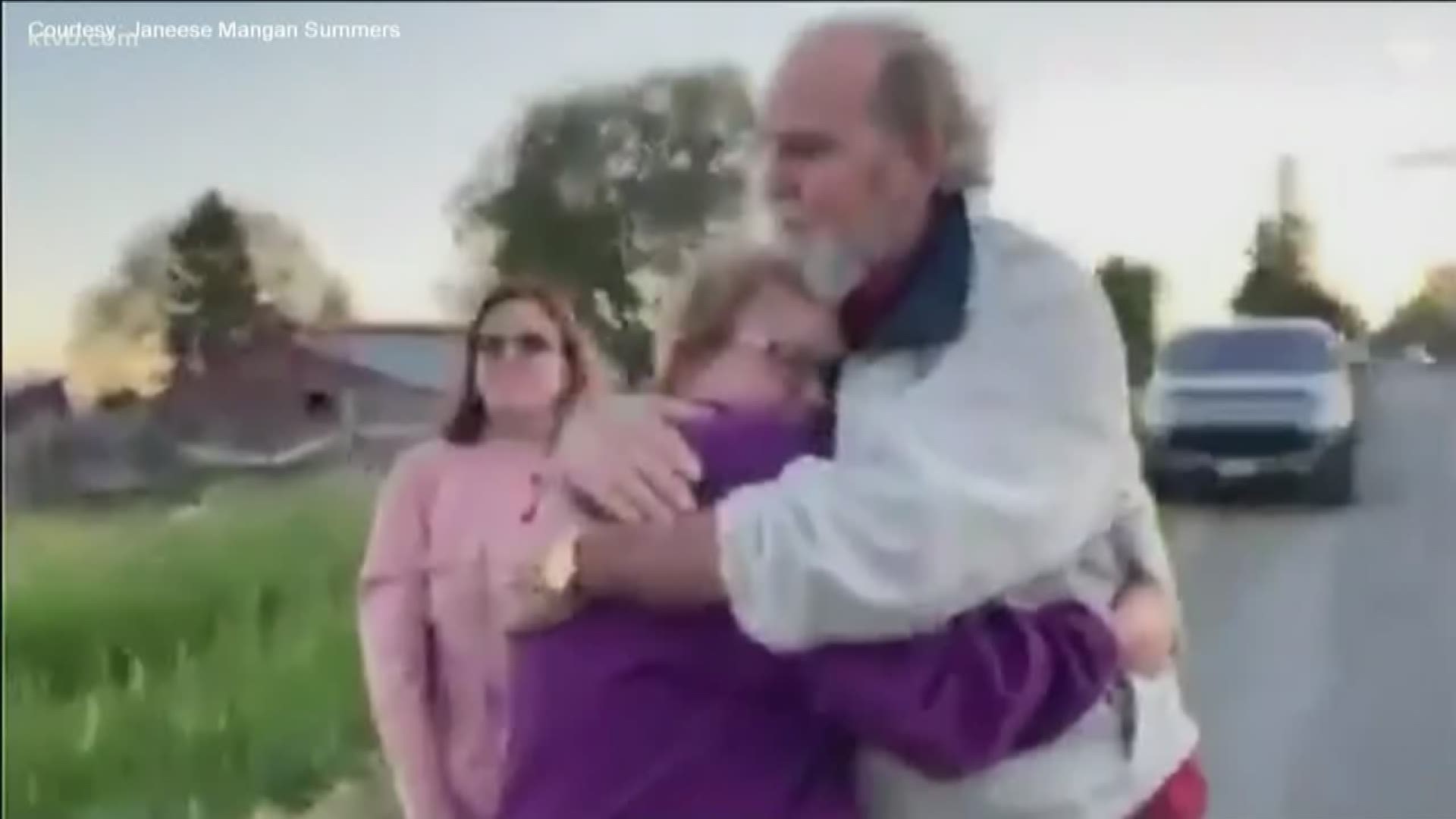 REXBURG, Idaho — On Wednesday, the grandparents of JJ Vallow visited the site where they believe their grandson's remains were found.

Investigators found two sets of human remains on Tuesday at the home of Chad Daybell, but those remains have not yet been positively identified by law enforcement.

“This has torn up so many people, it's destroyed people, it's torn up homes and there's no need for this,” Larry Woodcock was heard saying in a video.

Janeese Summers, a local resident who has been following this case closely, captured video of Kay and Larry Woodcock walking along the road near the Daybell property. It's the same area where they believe the remains of their grandson JJ and his sister Tylee, were buried.

“I just want you to know I came here for one reason and that's to see where JJ was,” Larry Woodcock said.

In the 10-minute video, Kay was mostly quiet, but Larry is seen and heard talking with various media outlets and neighbors.

“I’m not worried about the people that are responsible for this, the judicial system will take care of this and anybody else that was involved that needs, that was part of it," Larry Woodcock said. "But at this point, my job is not hatred, my job is to come here and do what I can do and mend fences. If JJ was here right now, he'd be running up and down this road."

He added that he would like to potentially get to know the Daybell children.

The Fremont County sheriff told KTVB Thursday morning that the county's coroner is in Boise and working with the Ada County Coroner's Office on the autopsies in connection with this case. Ada County Coroner Dotti Owens could not comment on this case, but her office confirmed that they offer pathology services to other jurisdictions on contract.

Daybell is facing two felony counts of destruction, alteration or concealment of evidence. He is currently being held in a Fremont County Jail.

Lori Vallow, Daybell's wife and the mother of JJ and Tylee, is charged with two felony counts of desertion and nonsupport of dependent children, as well as misdemeanors for resisting or obstructing officers, criminal solicitation to commit a crime, and contempt of court. She remains held in the Madison County Jail.