Months before his own death, Charles Vallow tried to get his wife placed on an emergency mental hold, telling officers her behavior was frightening him. 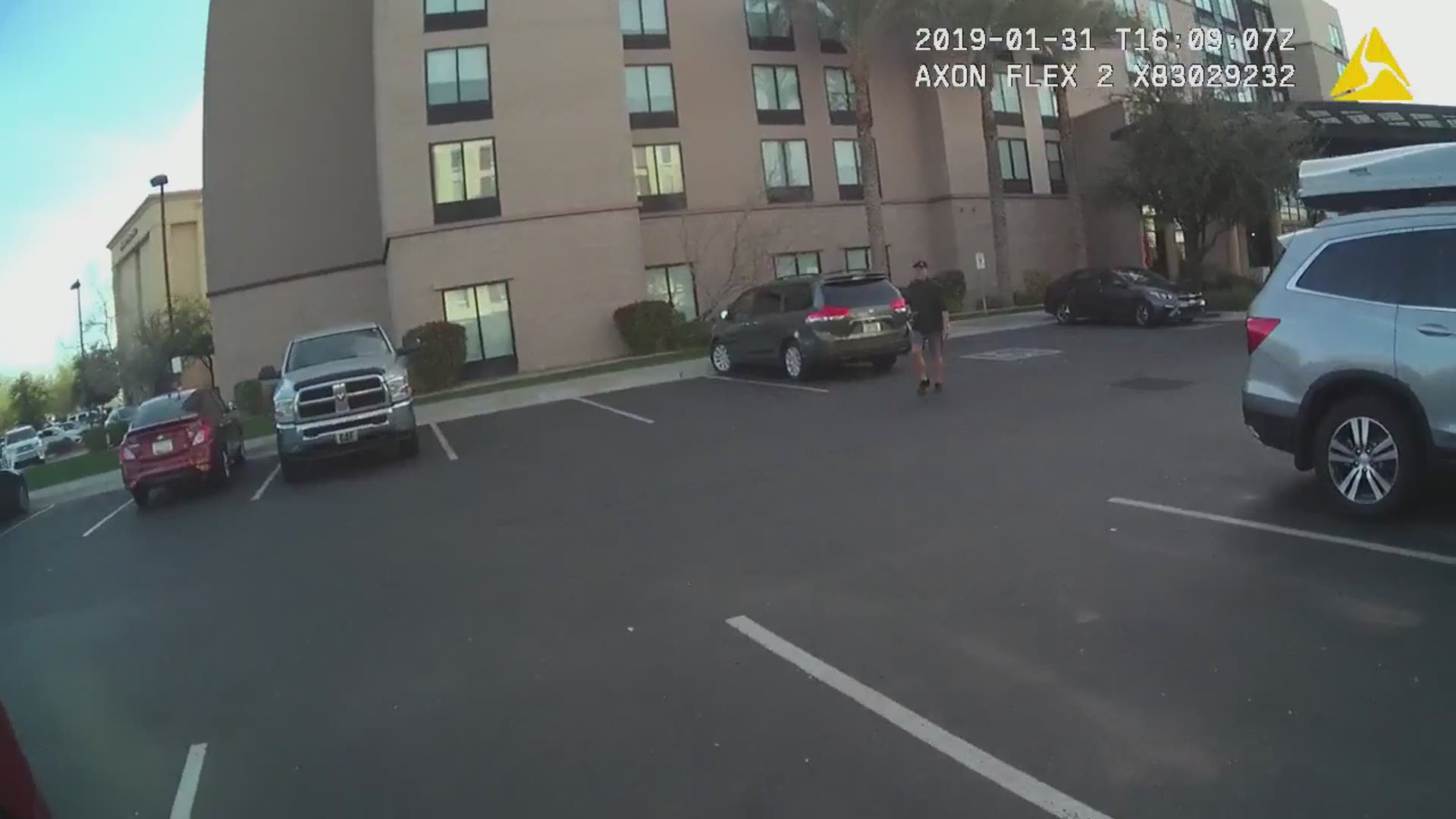 BOISE, Idaho — The late husband of Lori Vallow attempted to have her placed on an emergency mental hold months before his own death, telling police officers in Arizona that his wife had "gone way off the deep end" and her behavior was frightening him.

In the conversations, Charles Vallow describes an escalating pattern of bizarre behavior and beliefs from Lori Vallow, and says she has threatened to kill him.

"I never thought she would do anything like this, but she has lost touch with reality," he told officers. "I'm 'not me,' she yells - it's just, she's just unhinged, and it's scaring the crap out of me."

Charles Vallow was shot to death by Lori's brother months after voicing those fears to police. Both Lori Vallow and her new husband, Chad Daybell, are currently facing charges after a months-long investigation into the whereabouts of her two children culminated in the discovery of their bodies on Daybell's property near Rexburg, Idaho earlier this month.

In one of the videos recorded by police on January 31, 2019, Charles Vallow can be heard telling police that he returned from a business trip to Texas the night before to find that his wife had moved his truck from the airport parking lot where he had left it, and had withdrawn $35,000 from their joint account.

He said the move was the latest in a series of unsettling behaviors from Lori Vallow, including her belief that she had lived several past lives.

"Long story -  she's had kind of a break from reality. She thinks she's married to Moroni in the past," he said, referring to an angel at the center of the Mormon faith.

"You think she's what?" a police officer responds.

Lori Vallow also believed that the end of the world would happen later that year, and referred to herself as having "priesthood powers," her late husband said.

"I've tried to support her as much as I could, but it's gotten really, really bad lately," Charles Vallow says in the video. "She's had a break, says I'm 'Nick Snyder,' I've taken over Charles' body, and Charles has been killed."

"'I'm going to kill you, you're going to be murdered today or tomorrow,'" he quoted his wife as saying.

Charles Vallow also expressed concerns for the couple's children, J.J. Vallow and Tylee Ryan, telling the officers that his 6-year-old was safe at school "for now" but that he was worried his wife would pull the boy out if she caught wind of Charles going to the police.

He stressed that Lori Vallow needed a mental health intervention.

"I want her to get help. She's my wife, I love her to death. Something is going on," he said. "She threatened me physically, she made comments about the kids, saying she doesn't care what happens to them: 'come get them, I don't care, we won't be here much longer anyway.'"

Later that day, Lori Vallow, along with her daughter Tylee and friend Melanie Gibb, met with Gilbert Police officers at the police department. Lori Vallow told the officer that her husband had stolen her purse out of her car that morning, and that they were having marriage problems.

Lori added that she and the children had had to leave the home several times over the years because Charles Vallow had become "ballistic" and she was worried about him hurting the children.

One of the officers told Lori Vallow about the emergency mental hold Charles Vallow had sought against her, telling her that such a hold would force officers to take her to a nearby mental facility for evaluation, but added that because the petition had not yet been verified, she was free to leave.

During the conversation, Lori Vallow laughs in apparent disbelief at the idea that she was having mental health issues.

"I haven't gotten any sleep in about three days, do they have good facilities? Do they have a gym?" she jokes, prompting laughter from the officer.

"I'm not going to take sides, but I don't think you're going to be a danger to yourself or anybody else - you got your kids to school," the officer says.

But by the end of September, both children were gone.

Alarmed relatives reached out to police after attempts to reach 7-year-old JJ or 17-year-old Tylee came up empty. Investigators' suspicions were further raised after they discovered that  Lori Vallow had given away her son's service dog, moved the children's toys, clothes and photos into a storage unit, and was using her teen daughter's bank card even while deflecting questions about where the girl was.

Lori Vallow and Chad Daybell married Nov. 5, 2019, weeks after the death of his former wife Tammy Daybell under suspicious circumstances.

Police say both tried to stymie the investigation, misleading officers or refusing to answer when asked where JJ and Tylee were, or whether they were safe. The couple eventually left Idaho for Hawaii, where Lori Vallow was arrested in February on two felony counts of desertion and nonsupport of dependent children, as well as misdemeanors for resisting or obstructing officers, criminal solicitation to commit a crime, and contempt of court.

Chad Daybell remained free until June 10, when the FBI, Rexburg Police and the Fremont County Sheriff's Office served a search warrant on his house, recovering the remains of both missing children. He is now charged with two felony counts of destruction, alteration or concealment of evidence.

Neither Lori Vallow nor Chad Daybell has been charged with killing the children, and investigators have not yet released when or how they died.

Vallow and Daybell are currently held on bonds of $1 million each. Both are set for preliminary hearings in July.